Boris Johnson has given his Brexit negotiator David Frost a full-time ministerial job and a place at the cabinet table, where he will lead on Britain’s relationship with the European Union.

Lord Frost will replace Michael Gove as the UK chair of the partnership council, the body set up to settle disputes resulting from the trade agreement, and will take Gove’s role chairing the withdrawal agreement joint committee, a body mired in difficulties over the implementation of the Northern Ireland protocol.

The partnership council will head the political and technical structures that will implement and enforce the Brexit agreement in detail and will play a key role in any future negotiations on issues such as the protocol and financial services, where talks are ongoing.

Frost’s appointment to chair the joint committee, which was co-chaired by Gove and the European commission vice-president, Maroš Šefčovič, cements a powerful position as the new linchpin in the EU-UK relationship.

On Tuesday Šefčovič told the Irish parliament that the partnership council would be constituted shortly, followed by the establishment of 19 specialist committees which will oversee EU-UK relations on everything from energy to aviation.

Some on the EU side will be concerned that Frost’s pugnacious and frank style may not be suited to delicate political landscapes such as Northern Ireland where tensions over Brexit checks remain heightened.

Gove has now been given the task of tackling the post-Covid backlog in public services, including the courts, the NHS, schools and universities, as part of his new role on a public services subcommittee on the national recovery taskforce.

Sources say his work chairing more than 200 Brexit exit operation (XO) committee cabinet meetings made him the right candidate. It is understood he will still co-chair a meeting of the joint committee with Šefčovič next week and a meeting with Northern Ireland businesses on Thursday.

The XO committee is expected to be wound down in July when the final Brexit controls, on animal and plant imports, are introduced on the UK side of the border.

Gove is said to be passionate about internal market legislation, which before Brexit was considered a vehicle for strengthening ties with Scotland and Northern Ireland.

Frost said he was “hugely honoured to have been appointed minister to take forward our relationship with the EU after Brexit. In doing so I stand on the shoulders of giants and particularly those of Michael Gove who did an extraordinary job for this country in talks with [the] EU over the past year.”

Frost, who was given a peerage last year, was previously set to become the prime minister’s national security adviser, an appointment which had caused a backlash over his lack of security experience and his role as a political appointee rather than a civil servant.

His new duties were set out last month as it was announced that Sir Stephen Lovegrove, the permanent secretary at the Ministry of Defence, would take on the national security adviser role instead of Frost.

On Wednesday Downing Street confirmed those duties had been elevated to a full ministerial post and said Frost would be a full member of the cabinet. His appointment will take effect from 1 March.

Johnson handpicked Frost, the former chair of the Scotch Whisky Association, to lead the Brexit negotiations as soon as he was elected prime minister. He is widely credited with a take-no-prisoners attitude to the negotiations, which resulted in a deal that allowed significant UK divergence.

Frost’s role will also include post-Brexit reform, Downing Street announced, saying he would look at “reform and regulation to maximise on the opportunities of Brexit”. 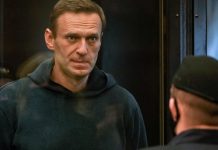 Spanish people take to streets over rapper's jailing – in pictures

EU must be 'united and determined' on Russia sanctions, says Borrell 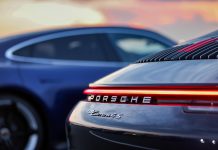 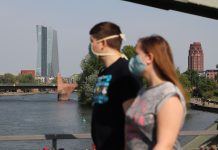 European banks have been resilient during the Covid crisis, but still face 2 major challenges

French search for British hiker may be postponed until spring 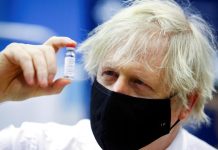 'Painted by a madman': The Scream graffiti reveals Munch's state of mind 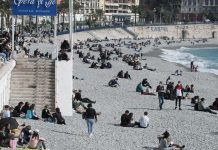