Delays importing and exporting goods to and from the EU have worsened since Brexit was introduced at the start of the year and will result in stock shortages and price rises for consumers, according to a report.

A survey of 350 supply chain managers found that two out of three had experienced delays of “at least two to three days” getting goods into the UK, compared with 38% who reported delays in a similar survey in January.

A third of this group said the delays were “significantly longer” than in January, 28% said “slightly longer” and 15% reported delays of a similar length to January. Just 18% of those surveyed by the Chartered Institute of Procurement and Supply (CIPS) said they experienced no delays or fewer delays.

The situation was only slightly better for exports, with 44% experiencing delays of at least two to three days getting goods into the EU.

“We are well into the second month of the new arrangements and the hope that delays at the border would reduce as freight volumes returned to normal and customs systems became used to the new processes has not come to pass,” said John Glen, a CIPS economist and visiting fellow at the Cranfield School of Management.

“What is even more concerning is that the delays are continuing to get longer, putting more and more pressure on the UK’s supply chains and affecting the timely delivery of much-needed goods.”

He added: “The knock-on impact of these delays will trickle far down the supply chain and ultimately result in stock shortages and inflated prices for consumers.”

Almost half said delays were caused by customs paperwork on both sides of the border.

The survey comes as the government says it is focused on making the protocol for Northern Ireland, where checks have caused controversy, work before a crunch meeting on the matter between Michael Gove and the EU vice-president Maroš Šefčovič at 3pm on Wednesday.

Gove has demanded a two-year transition period for checks on supermarket goods and food being brought into Northern Ireland from Great Britain, with speculation that a special agreement could be put in place similar to veterinary agreements the EU has with Switzerland or New Zealand has with Australia.

A Swiss-style deal would require the UK to align its animal, farming and food standards with the EU’s, something the UK rejected in the Brexit talks, arguing it would affect the country’s sovereign right to diverge from EU rules.

A New Zealand-style agreement would do away with the need for health certificates on food entering Northern Ireland and most of the physical checks.

Glen said business should brace for the delays to continue “for at least the next few months”, with an array of new checks being introduced in the second phase of the UK application of the Brexit deal on 1 April and 1 July. 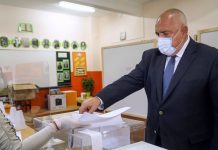 French tycoon Bernard Tapie tied up and beaten in burglary 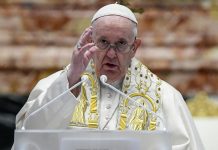 Pope Francis calls for vaccines for poor in Easter message 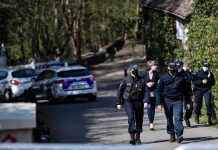 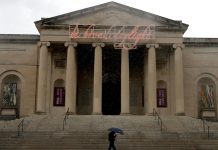 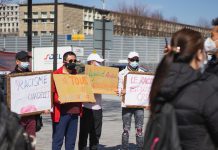 France's Asian community fights back against racist attacks during pandemic 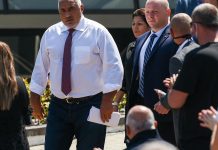