Returning to the Esplanade for a live performance feels safer than venturing out to a packed neighbourhood mall.

For the small-scale performance trial I attended on Sunday, attendance was capped at 50 in a venue that usually seats 1,630.

No wonder, then, that there was plenty of breathing room for the 50 people who showed up for the trial, which was by invite only.

The National Arts Council (NAC) began trials last Friday with the Singapore Chinese Orchestra. Other trials, some open to the public, have been scheduled at various venues. This is a cautious step towards reopening performance venues, which have been closed since March 26 to curb the spread of Covid-19.

Cinemas reopened on July 13 and it was announced on Monday last week that meetings, incentives, conventions and exhibitions events with up to 250 participants will be allowed from Oct 1. So the arts community and arts lovers have been anxiously awaiting the resumption of live performances.

If Sunday’s event is any indication, the Esplanade is well equipped to deal with the logistics.

There are the usual SafeEntry check-in requirements for the building. Once a patron gets to the concert hall entryway, there is a barrage of signs – printed in large font on A1-sized sheets taped to the pillars – that guides one through the procedures.

Another SafeEntry check-in is required for admittance to the hall. Ticketing is electronic, so there is minimal contact with ushers.

The bag deposit service is now self-service and contact-free. Patrons have to take a tag and label their own parcels.

There is no table for the security bag check, which prompted a momentary juggle as I struggled to open my bag with one hand while hanging on to my mobile phone in the other.

At the doors to the hall, ushers remind patrons to sanitise their hands at the automated dispenser before entering the venue.

Such procedures have become commonplace in public spaces, so it is not a big ask to require people to observe these new requirements.

The trial gave a glimpse of what the Esplanade calls “bubble wrap” seating: Seats in front and behind, as well as to the left and right of patrons, will be left empty for social distancing purposes.

Given the size of the venue, it could potentially fit more than 50 patrons in the hall, even with such seating arrangements.

NAC guidelines also specify that patrons cannot mingle across groups or congregate in common spaces. Visitors will have to be civic-conscious and observe social distancing.

The Esplanade has introduced staggered exit procedures, meaning that patrons have to remain seated once the performance is over so people can leave in a socially distant fashion, row by row.

It was stranger to watch a performance in a near-empty hall – an experience I have not had since the early years of the Esplanade when audiences had yet to catch up with then-adventurous programming – than to observe all the new rules, including wearing a mask at all times.

It was also a luxury to be able to listen to live music again – and in the Concert Hall, no less, whose pristine acoustics have always been thrilling for audiences and terrifying for performers.

Audiences seem hungry to return to live performances. As of last Friday, 154 people had registered their interest in attending the Singapore Dance Theatre trial at the Esplanade theatre on Wednesday next week.

Hopefully, when the NAC reviews the results of the trials after next month, more venues can be given the go-ahead to host live performances.

Lee Min-ho and Bae Suzy, Yoona and Lee Seung-gi – the Korean celebrity couples forced to keep their romances a secret – or face... 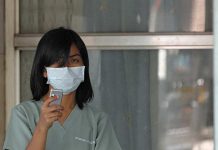 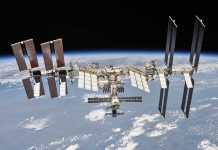 US$23m for new space station toilets: But how do they work? 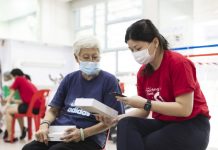 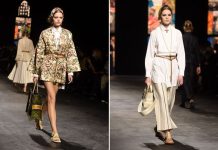 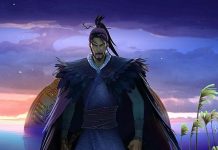 Chinese animation comes to the fore