It is hard to find two as unlikely bedfellows as the US’s Joe Biden and the UK’s Boris Johnson, but the two leaders are unified in their thinking on post-pandemic economics. Both want to “build back better”. But when I hear the phrase, the economist in me asks, build back better than what?

If the answer is, “Better than the economic mess we’re in”, the slogan is not much of a commitment. Alternatively, if it means, “Build back better than we expected before the pandemic”, that is an unrealistic fantasy; soothing but delusional. Covid-19 has damaged our society and no attempt at sugar-coating changes that fact.

First there are the debts, both private and public, which have built up to help households, companies and countries survive the pandemic. While these have to be serviced at low interest rates rather than paid back immediately, they clearly weaken everyone’s finances. For advanced economies, which face the least pressure to repay, there are no tangible assets to accompany the increase in debt.

The intangible asset — that the outcome would probably have been worse without the fiscal support — will not improve productivity or raise growth in the years ahead compared with the pre-pandemic position.

Sadly, increased debt is not the greatest problem. Persistent economic scars are likely to limit economic activity and growth for years, reduce living standards and worsen public finances, all creating the need for higher taxes or austerity in the years ahead.

Unlike intangible assets, economic scars are all too real and easy to understand. They include the aircraft for which there is insufficient demand, empty offices and city-centre apartments hit by a future with more homeworking, and mass venues — stadiums, theatres, nightclubs — which people worry are too dangerous to use.

The promising news on a vaccine makes it more realistic to hope for a return to pre-pandemic life. But changes in consumer preferences, such as the move to online shopping, are likely to have lasting effects. The worst damage will hit those who have invested their lives and money in skills which are now out of favour. To a limited extent, this happens continuously as economies evolve but the pandemic has proved a sudden shock for many people.

Unless spending patterns shift straight back, the period ahead will be difficult for many workers, ranging from ballerinas and conference organisers to nightclub bouncers and pilots. After the deindustrialisation in advanced economies in the 1980s and 1990s, many laid-off manufacturing workers failed to find new vocations and persistent long-term unemployment prevented good times from returning.

Naturally, not all the effects are negative. The pandemic has forced some complacent companies to improve productivity to prevent bankruptcy and changes in demand may spur additional productivity improvements if skilled workers are available. Still, the overwhelming impact must be negative.

The Bank of England last week conservatively estimated that the scars would amount to 1.75 per cent of national income without taking into account any potential effects on the way work is likely to change. The IMF and the OECD have higher estimates of scarring implicit in their forecasts.

Where governments have been able to borrow, they have been spent huge sums seeking to minimise the scars. Providing emergency financial insurance for workers and companies and bolstering health services should enable a faster bounce back than otherwise.

However, build back better is a beguiling, but fundamentally flawed, slogan. The pandemic is unlikely to make it easier for countries to adopt green technology, raise productivity, boost growth and make citizens happier. Everything that was difficult before the crisis is now even harder. 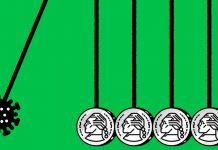 Is Inflation About to Take Off? That’s the Wrong Question 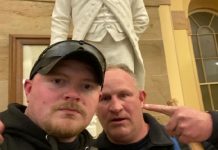 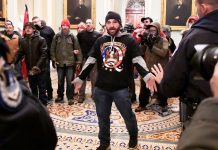 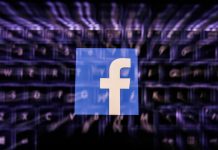 Fed to stick to super-easy policy amid economic 'lull' 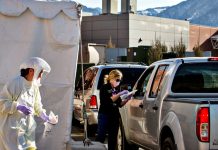 A Second Economic Crisis for Biden, but a Different First Response