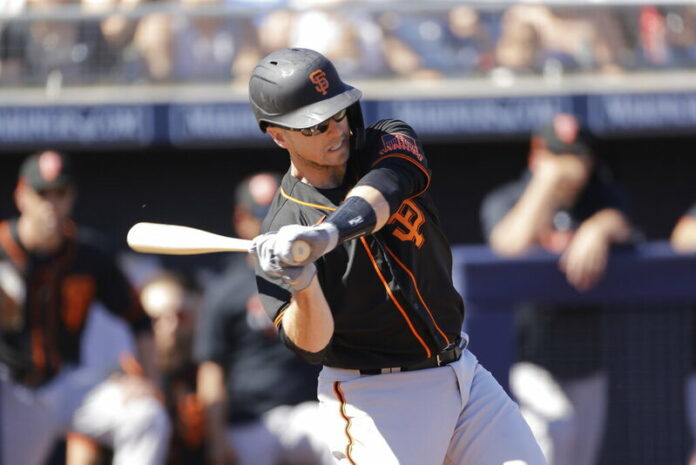 At least in catcher Buster Posey’s case it did the trick. His unfortunate target: 9-year-old son Lee.

“The fun thing with him is I’ll change a diaper from a baby and ball it up real tight and he knows I’m about to fire it at him, so he’ll go running,” said Posey, who is back in the San Francisco Giants’ camp after opting out of last season to care for premature adopted twin girls.

“I’ve been keeping my arm in shape that way by firing diapers at him.”

There’s some technique involved, to be sure.

“You have to really make sure you have the right weight of the diaper so, depending on how well they’ve been feeding that plays a lot into my accuracy, and if it’s the equivalent to the weight of a baseball. So take all that into account, the type of formula they’ve gotten, if they’re eating baby food or not,” he said, adding with a grin, “Yeah, I’ve been pretty accurate.”

Posey has spent the past seven months in serious multitasking mode, working to stay in baseball shape while on full-time dad duty to two sets of twins. Son Lee’s twin sister is Addison.

He watched as many of the games as he could. San Francisco missed the playoffs on the final day of the season last year without him.

The 33-year-old Posey and wife Kristen wanted to keep their eight-weeks-early twin daughters safe during the pandemic.

“My wife and I are proud to say we’ve kept our sanity,” he said.

Now, Posey is thrilled to be back on the diamond with the Giants and feeling as healthy as ever. Pitchers and catchers went through their first spring training workout Wednesday at Scottsdale Stadium in Arizona.

Posey will have a new arm to learn this spring: The Giants signed left-hander Jake McGee to a two-year contract with a club option for a third season. McGee made sure he chatted with Posey upon arriving in camp Tuesday. They also played together in a World Baseball Classic.

One familiar face is ready to let it go again to Posey, too. Right-hander Johnny Cueto can’t wait to have Posey back in his catcher’s crouch.

“Physically he looks great, he looks strong and he has worked hard,” Cueto said Wednesday. “Having him back I know he’s going to help me a lot. Last year was a very short season, I hope we do have a complete season, 162 games. Buster is a veteran, he knows the league, he knows the hitters. The other catchers, they’re young, they’re learning, and they will get better by having Posey as a great asset.”

The six-time All-Star, who won the 2010 NL Rookie of the Year and then NL MVP two years later, begins his 12th major league season eager to get back to work.

“Cueto’s one of my favorite pitchers I’ve ever caught so I’m looking forward to working with him again,” Posey said.

In 2018, Posey hit .284 with five home runs and 41 RBIs while limited to 105 games. Even throwing seemed labored given the stress on his troublesome hip, which required repair of a torn labrum as well as removal of an impingement in August that year.

About the diaper duty, manager Gabe Kapler is all for it.

“We know players are getting more and more creative in ways they improve their release times, particularly catchers,” Kapler said. “Buster has used his time wisely with his family at home sounds like.”

Notes: McGee went 3-1 with a 2.66 ERA in 24 relief appearances for the rival Dodgers last season and insists he’s “used to doing any role.” He had 33 strikeouts to just three walks. Kapler called him “a nice candidate to close games for us.” … “For me I had a few different offers but after talking to Kapler and how his staff is run, there are a lot of guys I played with,” McGee said. “…I like the younger staff they have and the direction they’re going.” … San Francisco signed RHP Nick Tropeano to a minor league contract and invite to big league camp. 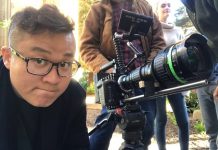 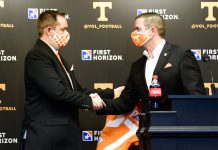 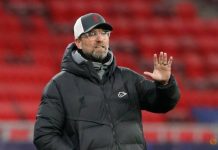 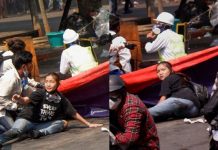 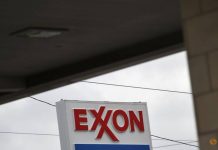 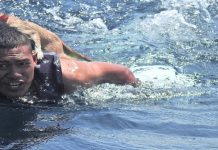 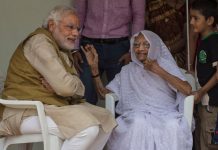 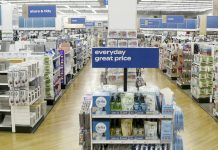 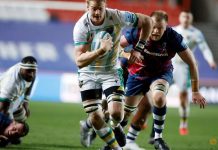 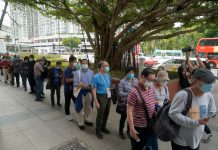 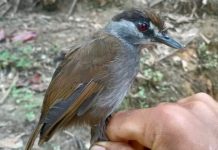