PETALING JAYA, Jan 22 — A human resources manager at Caltex has given a homeless man a ray of hope after hiring him as a car washer at the brand’s Bachang branch in Melaka.

Les Lee wrote on Facebook about a man who had wandered into his office on New Year’s Day in 2021 to apply for a job.

Lee decided to hire him to join the car wash team and told him he could start on the following Monday.

As the man got ready to leave, Lee became concerned when he noticed his unkempt appearance and troubled expression.

“I asked him where he was going after this and he said that he was going to find the nearest bus stop to find a place to sleep on the chairs.

“Taken aback, I realised he was homeless,” wrote Lee.

After hearing about the man’s plight, Lee changed his plans and decided that he could start work immediately instead.

While the team searched for a company shirt for him to wear, they also bought him a meal because he looked “so hungry.”

During his basic training session, Lee sat down with the man and learned that he was originally from East Malaysia and was working as a lorry driver in Kuala Lumpur before the Covid-19 pandemic hit last year.

“The company had to let him go because of the movement control order (MCO).

“Later, he found a job as a waiter in a hawker stall but eventually, he lost that job as well.”

Left with no other choice, the man decided to look for work in Penang instead but realised that he only had enough money for a bus ticket to Melaka.

Once he arrived, he started job-searching again but to no avail.

When night fell, he curled up to sleep at bus stops on an empty stomach as he didn’t have any money to buy food, let alone to rent a room.

Lee said he was “dismayed” to learn of the man’s drastic situation and he decided to do what he could to help him out.

“During my lunch break, I went back and quickly packed all my unused clothes to give him.

“I also called up some friends who would be able to help find a rented room for him temporarily.

“Personally I have gone through similar hardships. The horror of losing everything is something most people cannot fully comprehend,” wrote Lee.

Lee added that while he is aware that hiring a man from the streets had its risks, he wanted to give the man a chance at surviving this pandemic.

“Many might ask us, why are we taking this risk, hiring a homeless person? Does he have a hidden past that we should be cautious about?

“We are aware of the risks, but we are taking a chance on him as he needs help and the best way to help a man or woman is to give them the dignity of work.” 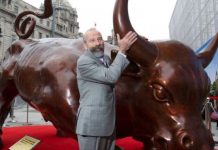 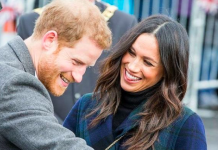 Prince Harry loses all his titles

What has former 14K triad boss ‘Broken Tooth’ Wan Kuok-koi been up to since leaving prison?

America has sent five rovers to Mars — when will humans follow? 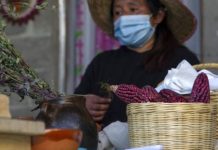 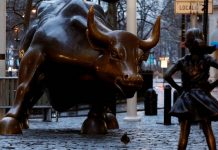 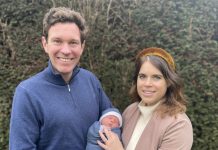