New Year’s Eve parties must be cancelled because “Covid loves a crowd”, officials have warned, as the government launched a public information campaign to encourage people to see in the start of 2021 at home.

But despite the dire warnings, political leaders tried to strike a positive tone about the year ahead, with Keir Starmer insisting the UK’s “best years are still to come”.

“See in the New Year safely at home” is running across UK radio, print media and on billboards as Covid-19 cases reached an all-time high. The public are being urged to act as if they have the virus to avoid spreading it without realising, as one in three people who have Covid-19 show no symptoms.

On Wednesday the UK reported 981 Covid-related deaths, the highest daily toll since April, and a further 50,023 infections in the last 24 hours.

London and much of the south are now in a worse position than they were at the spring peak, with 18% of tests in the capital coming back positive.

Household mixing is banned indoors across the UK, apart from for a few thousand people on the Isles of Scilly. On Wednesday the government tightened restrictions for much of England, with 78% of the country beginning 2021 under tier 4, the highest level. Wales, Scotland and Northern Ireland were already in national lockdowns.

Early analysis from the government’s New and Emerging Respiratory Virus Threats Advisory Group (Nervtag) suggested the new strain of coronavirus could increase R by 0.4 or greater.

Prof Stephen Powis, NHS England’s medical director, called on people to show restraint when seeing in the new year. “We know it’s the end of the year, it’s a time where people traditionally want to celebrate,” he said at the Downing Street press conference on Wednesday. “But it’s absolutely vital that this year, everybody continues to follow the guidance by staying at home and not mixing.”

He added: “Covid loves a crowd, so please leave the parties for later in the year.”

In his new year message, Starmer said Labour would focus on ensuring “greater prosperity, fairness and opportunity” as the UK forges a “new path” in the world in 2021.

The Labour leader struck an upbeat note, saying: “The United Kingdom is forging a new path in the world and the Labour party that I lead will focus on ensuring that that path leads to greater prosperity, fairness and opportunity for every nation and region, every village, every town and city that makes up our great United Kingdom.

His comments came after the party voted to back Boris Johnson’s EU trade deal, arguing it was better than leaving with no deal, despite the misgivings of some of his pro-Europe MPs.

Despite the current transition period finally coming to an end at 11pm on Thursday, Starmer made no direct reference to Brexit in his message. He said, however, that the UK had suffered more than any other major economy in the coronavirus pandemic, although the roll-out of vaccines offered a cause for optimism in the year ahead.

“Until then, it is all of our duty to stay safe, to look after neighbours, keep up the national effort that has got us this far,” he said. “Because when this crisis ends, and it will end, we will rebuild our country, together.”

Millionaire to be retried over murder of Slovak journalist Ján Kuciak 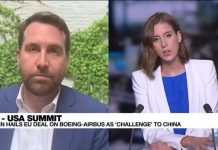 Barcelona mayor calls for rethink on evictions in wake of suicides 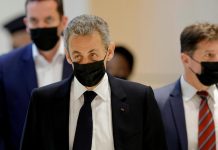 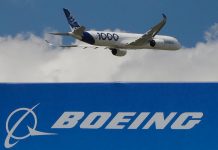