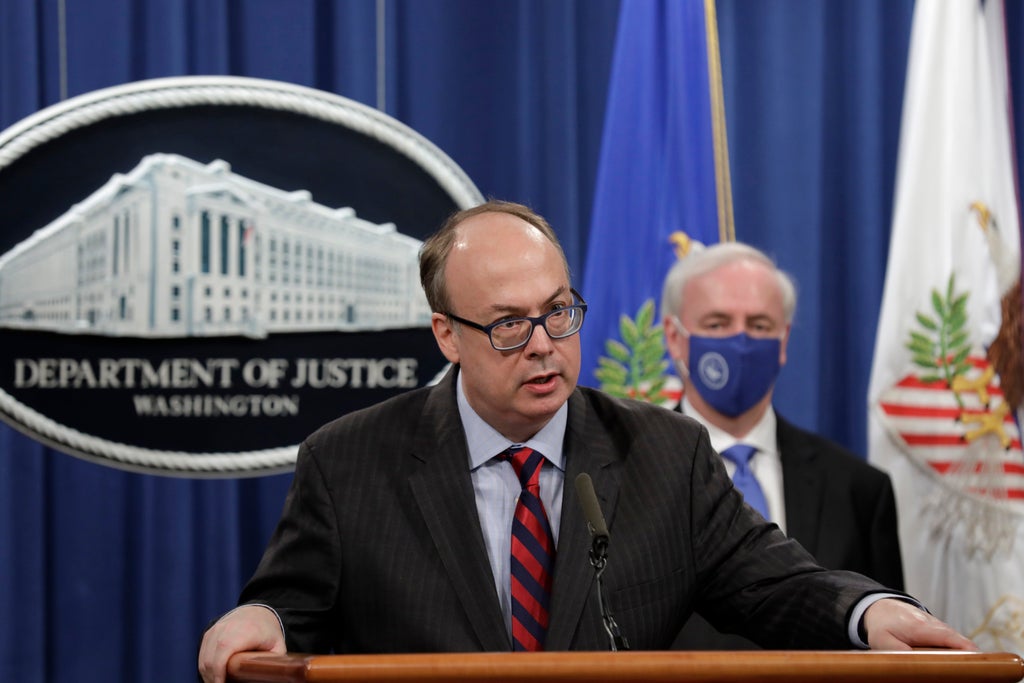 The House select committee investigating the 6 January insurrection voted unanimously to approve a criminal contempt of Congress resolution against Jeffrey Clark, the former Department of Justice official who tried to push the then-acting attorney general to help install former president Donald Trump in the White House for a second term against voters’ wishes.

All nine members of the committee voted to advance to the full House of Representatives a report which resolves that Mr Clark “shall be found to be in con- tempt of Congress for failure to comply with a congressional subpoena,” and directs House Speaker Nancy Pelosi to “certify the report of the Select Committee to Investigate the January 6th Attack on the United States Capitol, detailing the refusal of Jeffrey Bossert Clark to produce documents or answer questions during a deposition … as directed by subpoena, to the United States Attorney for the District of Columbia, to the end that Mr. Clark be proceeded against in the manner and form provided by law”.

In remarks made before the committee voted, Select Committee Chair Bennie Thompson said Mr Clark was “central” to efforts by Mr Trump and his allies to find “a way to get around the constitution” in order to keep Mr Trump in office, and those efforts “escalated” into the attack on the Capitol.

Mr Thompson said Mr Clark had on Wednesday agreed to appear for a second deposition on Saturday, but the committee would proceed with the vote nonetheless because it is only the first step in the contempt process.

“We just want the facts and we need witnesses to cooperate with the legal obligation and provide us with information about what led to the January 6 attack. Mr Clark still has that opportunity and I hope he takes advantage of it, but we will not allow anyone to run out the clock and we will insist that he must appear on this Saturday,” Mr Thompson said. “The select committee has no desire to be placed in this situation, but Mr Clark has left us no other choice. He chose this path, he knew what consequences he might face if he did so”.

The committee’s vice chair, Wyoming Representative Liz Cheney, said the committee would not proceed with moving the contempt resolution to the full House if Mr Clark were to appear on Saturday and assert his Fifth Amendment right against self-incrimination.

Ms Cheney noted that Mr Trump recently said in a statement that he would like to “debate” committee members, and said the former president would be welcome to appear before the committee.

“When this committee convenes hearings, witnesses will be called to testify under oath. Any communications Mr Trump has with this committee will be under oath. and if he persists in lying then he will be accountable under the laws of this great nation, and subject to criminal penalties for every false word he speaks,” she said.

If the contempt resolution against Mr Clark were to be approved by the full House, he will be the second person to face criminal charges stemming from a refusal to cooperate with the committee’s investigation into the worst attack on the Capitol since the Burning of Washington in 1814.

Mr Clark, who served as the acting head of the department’s civil division during the waning days of the Trump administration, became a central figure in the schemes undertaken by Mr Trump and his allies as he tried to prevent Congress from certifying his electoral college loss to President Joe Biden.

In late December 2020, he attempted to press then-acting attorney general Jeffrey Rosen and other top DOJ officials into signing a letter to Georgia Governor Brian Kemp which would have said that the department “identified significant concerns that may have impacted the outcome of the election in … the state of Georgia” and urged him and state legislative leaders to convene the Georgia legislature in a special session to appoint electors who would cast votes for Mr Trump, which would have replaced the legitimate electoral votes cast in early December for Mr Biden.

The select committee had issued a subpoena to Mr Clark on 13 October, commanding him to produce documents and appear to give evidence in a deposition on 29 October. While Mr Clark’s testimony might normally have been precluded by executive privilege — a legal doctrine which protects conversations between and among a president and his advisers — Justice Department officials had already given him, Mr Rosen, and other ex-Trump DOJ appointees permission to testify in congressional investigations into the events leading up to the 6 January insurrection.

Additionally, an attorney for Mr Trump had in August informed several congressional committee chairs who were investigating those events that Mr Trump would not be making any claim of privilege to block his testimony.

But when Mr Clark appeared for a deposition on 5 November, he refused to answer the committee’s questions on the grounds that the answers were protected by an “overall umbrella” of executive privilege.

In a letter to Mr Thompson, his attorneys argued that the committee’s subpoenas to Mr Bannon and other ex-Trump officials — ex-chief of staff Mark Meadows, former deputy chief of staff Daniel Scavino and ex-Defence Department official Kashyap Patel — had violated the conditions under which Mr Trump had agreed not to invoke executive privilege. He eventually left the deposition and refused to return.

According to the committee’s report recommending contempt charges against him, Mr Clark’s refusal to comply with the subpoena “represents willful default under the law and warrants referral … for prosecution under the contempt of Congress statute … because “the denial of the information sought by the subpoena impairs Congress’s central powers under the United States Constitution”.

Most legal experts say Mr Clark’s claim to be invoking executive privilege to protect Mr Trump’s interests fails because the ability to claim the privilege belongs not to Mr Trump, but to the current executive, Mr Biden.

In a court ruling last month, US District Judge Tanya Chutkan rejected similar efforts from attorneys representing Mr Trump in his attempt to block the select committee from gaining access to White House records created in the days leading up to the attack on the Capitol, including those pertaining to Messrs Trump and Clark’s scheme to enlist the DoJ in their attempt to overturn the election results.

Mr Trump’s “position that he may override the express will of the executive branch appears to be premised on the notion that his executive power ‘exists in perpetuity,” Judge Chutkan wrote. “But Presidents are not kings, and Plaintiff is not President”.

While Judge Chutkan’s ruling has been stayed to allow Mr Trump to appeal to the US Court of Appeals for the District of Columbia Circuit, a three-judge panel of that court appeared sceptical of his attorneys’ claims when they met to consider the case on Tuesday.

Should Mr Clark be indicted for contempt of Congress, it would all but preclude the possibility that he would testify before the committee. But one of the nine House members conducting the investigation, California Representative Pete Aguilar, said on Wednesday that the select committee has heard testimony from other Trump-era Justice Department officials, including Mr Clark’s superiors.

The committee, Mr Aguilar said, has conducted more than 250 interviews, including many with “people who have knowledge about his [Mr Clark’s] activities,” and has made “significant progress” in the months since it was charged with investigating the Capitol attack.

“Obviously, we would appreciate everybody complying with a lawful subpoena. We’ve said that from the beginning. But if he doesn’t, there’s still other means to gain information on on his activities,” Mr Aguilar said.