NEW YORK: The UN General Assembly on Saturday adopted a Saudi-proposed resolution calling for a global coordinated response to fight the coronavirus disease (COVID-19) pandemic.
The draft resolution, adopted by a large majority, praised Saudi Arabia’s efforts, as chair of the G20 presidency, against the pandemic and in assisting developing countries without any discrimination to fight the unprecedented health challenges posed by the COVID-19.
While presenting the draft resolution, Abdallah Al-Mouallimi, Kingdom’s ambassador to the UN in New York, said: “This pandemic has ravaged our world and resulted in around 1 million deaths in 9 months, and infected 28 million people around the world.”
He said the pandemic is threatening international health security, causing huge damage to the economies of states around the globe, and interrupting all aspects of human life. “It has left the people in a state of forced confinement and painful isolation due to the fear of contracting this malicious virus, which does not differentiate between men and women, or old and young,” Al-Mouallimi said.
Offering his condolences to all those who lost their loved ones to the virus, he wished a speedy recovery to those who are being treated for the disease.
Al-Mouallimi stressed the need to support those who are on the frontline of fighting the pandemic.
He said the pandemic has exposed the vulnerability of global health. “This makes us more aware of the importance of cooperation and support to overcome our differences, and to work jointly to boost a transparent and coordinated response plan to enable us to fight threats to the international health system, and lay strong bases for sustainable development,” the Saudi ambassador to the UN said.
He stressed that at the beginning of the outbreak Saudi Arabia and Egypt took the initiative to table a draft resolution under Article 123 of the agenda of the UN General Assembly, calling for intensifying international cooperation and coordinating a tangible and strong international response plan to fight the pandemic, in collaboration with Bahrain, Canada, Iraq, Jordan, Lebanon, Morocco, Oman, Singapore, and the UAE.
He pointed out that a draft resolution was proposed calling for a practical global response to fight the pandemic, by referring to the resolutions of the virtual extraordinary summit of G20 leaders held on March 26.
Al-Mouallimi added: “Since we started preparing the draft resolution, we worked with member states and regional groups and conducted lengthy consultations to ensure taking into consideration all concerns and proposals of member states to include them in the draft resolution. Hence, we did our best so that the final version of the draft resolution would be balanced and in line with the interests of member states, to provide support to all developing states without exception or discrimination, at the right time, to deal with this emergency.”
He lauded the broad support for the resolution, which was endorsed by about 120 countries, surpassing the simple majority in the UN General Assembly.

Turkey to arrest 82 including mayor over pro-Kurdish protests

'Money is worth nothing now': how Lebanon is finding a future in farming 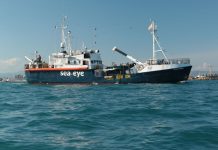 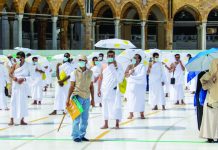 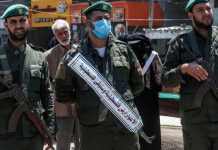