Who would want to be responsible for monetary policy in 2022? To judge from the fierce economic and political debates under way around the world, it is as though open season has been declared on central bank governors: they are being criticised from all sides.

The US Federal Reserve chair, Jerome Powell, and his colleagues are accused of failing to spot the early signs of an inflationary threat last year. As late as last autumn, they were arguing that price rises were “transitory”. With annual US inflation today approaching double figures, that looks to have been a poor judgment. But now that the Fed has acknowledged its mistake and is raising interest rates, many accuse it of choking off the post-pandemic recovery, collapsing equity and bond markets, and precipitating a recession.

The European Central Bank has still not begun to raise rates, although it is expected to do so in July. The ECB is charged with indecision and with sowing the seeds of a new eurozone crisis by suggesting a potential reversal of quantitative easing. The spread between the yields on Italian and German government bonds has widened considerably, threatening the fiscal stability of southern Europe. An anti-fragmentation weapon has been promised but remains on the drawing board for now.

The Bank of England faces a charge sheet resembling the one drawn up against the Fed, with a couple of added wrinkles

The Bank of England faces a charge sheet resembling the one drawn up against the Fed, with a couple of added wrinkles. Some have accused the Bank’s governor, Andrew Bailey, of washing his hands of the inflation problem by blaming exogenous factors – the war in Ukraine and energy shortages – for the increase in prices. The Bank is accused of “groupthink”, too. Three of the four external members of its monetary policy committee have voted twice for higher rates, only to be thwarted by the Bank’s five insiders.

The Bank of Japan is in a different position. It is accused of doing nothing and presiding over a sharp fall in the external value of the yen.

It is tempting to conclude that today’s central bankers are damned if they do and damned if they don’t. Maybe if they sit tight, they will ride out the storm. The then Fed chair, Paul Volcker, was public enemy number one in the US in the early 1980s, when he squeezed post-oil-shock inflation out of the system with double-digit interest rates. But in his later years he was revered, and became a national treasure, called on to advise successive presidents in any financial emergency.

But central bankers would be wise not to assume that their reputations will automatically recover, and that the status quo ante will be restored. We live in a more disputatious age than the 1980s. Public institutions are more regularly challenged and held to account by far less reverential legislators.

When another former Fed chair, Alan Greenspan, told Congress that he had “learned to mumble with great incoherence”, it was taken as a witty aside. Such a remark would not go down so well today. Taking pride in being obscure is no longer fashionable. After a long period when overtly criticising an independent central bank was not the done thing, politicians nowadays often do so with alacrity. The Fed and the ECB have strong critics in Congress and the European parliament respectively. One of the UK prime minister Boris Johnson’s closest political allies has called for Bailey’s head at the Bank of England.

Moreover, former central bankers have joined the chorus of critics. The former Fed chair Ben Bernanke, breaking the unwritten rule not to reproach one’s successors, has said that today’s Fed made “a mistake” by responding slowly to inflation. And Bailey’s immediate predecessors, Mervyn King and Mark Carney, have weighed in, too, with challenges to the Bank’s policy. The fabric of the central banking fraternity is fraying.

Will this disapproval gather strength? Could it coalesce into a coherent critique, perhaps leading to a rethink of central bank independence and inflation targeting?

Although central banks hardly performed impressively in the run-up to the 2008 global financial crisis, they were, paradoxically, the biggest winners in its aftermath. Despite monetary policymakers’ failings, governments around the world gave them new powers and responsibilities, especially in the regulatory arena. They emerged stronger than ever.

But now there are ominous signs of a backlash, including in two new books that challenge the policy orthodoxy of recent decades. Two swallows do not make a summer but they do give reason to wonder if the weather is about to change.

In The Price of Time, Edward Chancellor mounts a full-frontal assault on the policies adopted by central banks in the past 15 years. In his view, by single-mindedly focusing on consumer price inflation and neglecting asset prices, central bankers have damaged investment and growth, created financial instability with very low interest rates, and increased inequality through QE. The paradigm, Chancellor argues, needs serious reworking. Monetary authorities need different objectives and enhanced accountability.

Jon Danielsson, a professor of finance at the London School of Economics, is more concerned by the excessive concentration of power. In The Illusion of Control, he argues that putting central banks in charge of financial stability is an error because they face “a complex, ill-defined policy domain for which there is no clear consensus on either the problem or the objective”. So, the enterprise is doomed to fail. Separate agencies, with more direct political accountability, are needed for that task.

These critiques may be overstated. But they raise important questions for central banks to address. Mumbling with great incoherence will not put these challenges to bed. Monetary policymakers will need to marshal their defences more effectively and should not assume that central bank independence is the end of monetary history.

Sir Howard Davies, the first chairman of the UK’s Financial Services Authority, is the chairman of NatWest Group. He was director of the LSE and served as deputy governor of the Bank of England and CBI director general.

See also  Biden Versus the Friends of Covid
Share on FacebookShare on TwitterShare on LinkedInShare on Reddit
asianewsdayJune 28, 2022 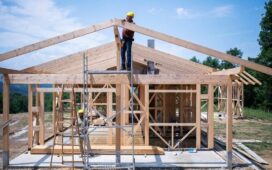 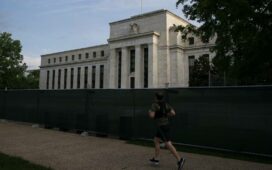 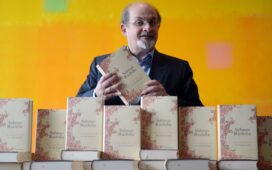 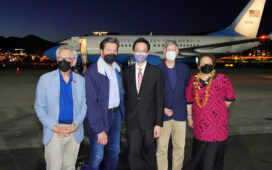 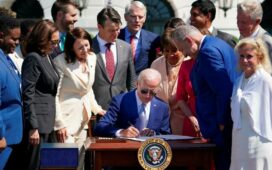 The Chips Act debate shows how far the Republicans have moved