At least 36 people were injured after a group of men in white shirts entered an MTR station in northern Hong Kong and began to indiscriminately attack protesters, passengers, and journalists following an anti-government rally last night.

Dozens of men, some of whom allegedly claimed to be triad members, stormed into Yuen Long MTR station last night and began to ferociously attack people there, many of whom were returning from a major protest on Hong Kong Island yesterday, in which organizers say some 430,000 people took part.

How long #HKSAR government & @hkpoliceforce can go to tolerate these triad members? Have they got a non-objection notice of gathering? pic.twitter.com/RzqoN4CJHZ

The Hong Kong Island march was officially meant to end at Luard Road in Wan Chai, but a contingent of thousands of protesters proceeded to blow past the endpoint, occupying Harcourt Road outside the Central Government Complex, and continuing on to the Liaison Office of the Central People’s Government in Sai Wan, which they egged and pelted with black paint.

They later squared off with riot police in nearby Sheung Wan, with police ultimately firing tear gas to disperse the crowd.

As that was happening, some protesters who were heading home to Yuen Long after the main rally were greeted by the men in white shirts, who proceeded to beat them with sticks and pelt them with objects. Protesters were seen trying to defend themselves with umbrellas and by hurling helmets back at the men.

The men in white were seen indiscriminately attacking protesters and passengers alike, and one image purportedly from Yuen Long shows a pregnant woman who fainted during the melee.

Journalists were also among those attacked, including Stand News reporter Gwyneth Ho, who was attacked while she was in the midst of livestreaming the chaos for the website. As of this morning, the video has been viewed more than 2.6 million times.

Ho later took to Facebook to confirm her safety and to say that she had left the scene. She reported that she had been left bleeding and injured, and required stitches to her shoulder, with swelling at the back of the head and slight dizziness due to the attack. She added that her boss had accompanied her to the hospital afterwards, and that she would stay there for further observation.

She went on to encourage everyone to stay safe.

Also among the injured was Democratic Party lawmaker Lam Cheuk-ting, whose associate livestreamed the assailants chasing people from the platform onto a stationary train (about 20 minutes in) where, if anything, the violence grew more savage. As those huddling on the train scream, the men in white continue to attack them with bamboo poles and switches.

One man, pleading with the attackers to stop, appears to hand one something he had dropped, only for another to punch him in the face, seemingly knocking him out. In a second video posted onto his feed, Lam, the lawmaker, can be seen sitting on the train bleeding from his mouth.

At 2:30am, the Hospital Authority had announced that that they had admitted 36 people to hospitals near the area.

Throughout the nearly hour-long siege of Yuen Long, police were conspicuously absent, prompting widespread condemnation from supporters of the protesters. By the time police in riot gear had arrived at the station at around 11:30pm, the crowd of assailants had already dispersed, and no arrests were made.

Hundreds of people then headed to the police station in Tin Shui Wai to file reports about the incident, but officers shuttered the door there.

200-300 people are waiting outside the police station in Tin Shui Wai but the entrance is shuttered. Many have been waiting to make police reports since midnight after witnessing men in white beat up protesters and civilians in the Yuen Long train station. Photo from interviewee. pic.twitter.com/mKCl7dhIcn

In the early hours of this morning, police released a statement seemingly equating the violence at Yuen Long with clashes between protesters and police in Sheung Wan following yesterday’s protest.

“After the conclusion of a public procession on Hong Kong Island last night, some protesters charged Police’s cordon lines in the vicinity of Sheung Wan,” the statement reads. “They hurled bricks, smoke grenades, petrol bombs and set fires etc. Some police officers were injured in the incident. Meanwhile, assault cases also happened in Yuen Long. Some people attacked commuters at the platforms of the Yuen Long MTR Station and train compartments, resulting in multiple injuries.”

“Police do not tolerate any violent behaviors,” it adds, before noting that police “are now actively following up” on both incidents.

Meanwhile, a government spokesperson also condemned both clashes: “This is absolutely unacceptable to Hong Kong as a society that observes the rule of law,” they said in a statement. 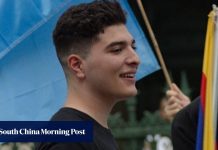 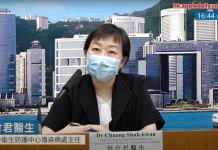 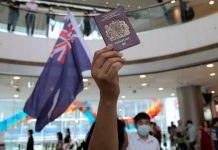 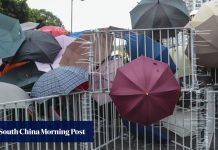 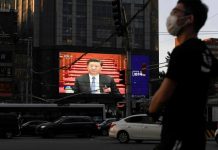 China threatens countermeasures after US criticism of Hong Kong law 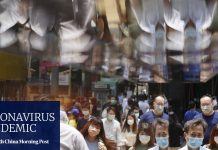 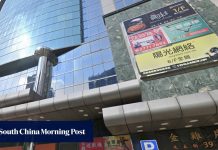