Charlie Puth is in Singapore and some lucky fans have already chanced upon him.

In an Instagram Story believed to have been uploaded on Sept 10, Charlie posted a video taken from the backseat of a right-hand drive car that drove past a road sign reading “Tanah Merah” and “Changi Village”.

Additionally, another recent Instagram Story by the 30-year-old American singer-songwriter also showed Merli the Merlion paraphernalia, including a Merli plushie, bag and card that reads: “Colour with Merlion”.

“So cute,” Charlie could be heard saying in the clip, likely referring to Merli.

They wrote in a TikTok video uploaded yesterday (Sept 12): “Saw Charlie Puth at MBS over the weekend and I will forever regret not running up to ask for a photo.”

In the nine-second video, a Caucasian man dressed in a blue tank top, accompanied by a woman and two other men, strolls around the mall. However, his face couldn’t be seen in the clip.

A Twitter user also posted a photo of Charlie — in the same blue tank top — with his daughter, adding they saw him in Singapore. 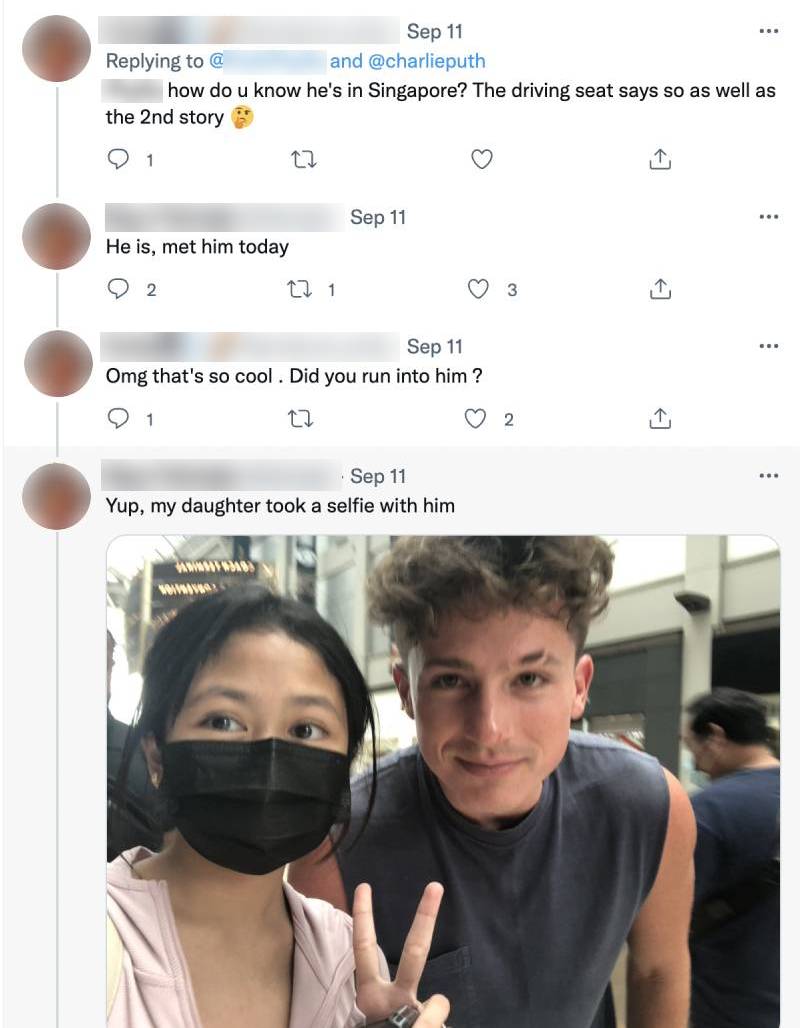 It is not sure why Charlie is here.

He was in Singapore for his Voicenotes tour in November 2018, where he performed at the Star Theatre in the Star Performing Arts Centre.