Callum Hudson-Odoi was earmarked for instant stardom when he made his England debut aged just 18.

The Chelsea prospect had yet to play a Premier League game for Chelsea but had already attracted a £35million bid from Bayern Munich.

At that stage, Hudson-Odoi looked destined for a fast-track to the top.

Over in north London, meanwhile, Bukayo Saka was quietly introduced to the Arsenal first-team under Unai Emery.

There was little initial fanfare over the left-winger, whilst his right-sided counterpart Hudson-Odoi stole the headlines.

Fast forward 18 months and Saka is the undoubted star of Arsenal’s revamped side, the shining light in a tricky campaign under Mikel Arteta.

Hudson-Odoi, on the other hand, finds himself caught in a whirlwind of pressure, attempting to fulfil his potential after injuries and managerial changes aplenty.

Whilst Hudson-Odoi was once a step ahead of Saka, it is clear he has now been overtaken.

The arrival of Thomas Tuchel, however, could provide the perfect opportunity for him to now follow Saka’s path and find similar success.

Having grown up as a left-winger, it was playing as a reluctant left wing-back that Saka found his way into the Arsenal side.

First trusted by caretaker manager Freddie Ljungberg, then successor Arteta, the youngster thrived in the role and made himself indispensable with a string of assists.

And whilst he was always eyeing a move further up the pitch, he recognised the opportunity to hone his skills and improve himself as a winger.

Speaking back in February 2020, Saka told Arsenal’s official website: “I’ve learned a lot about how wingers in the Premier League play against defenders and how to position myself because in his system it’s different,” he said.

“I get to play much higher because the winger comes inside and I get to go. There’s a lot of space for me and it’s good for me.

“I’m playing sort of as a winger when we have the ball but without the ball I have to come back and work on my clearances, my heading and stuff I haven’t worked on my whole life. I feel like I’m doing ok right now.

“In the future if I do get to go back onto the wing I feel like I know how full backs play and playing as a full back I know what wingers do, what I like them to do and what I don’t like them to do. It’s a good learning experience for me.”

Saka served his apprenticeship at left-back and has now been pushed further forward.

Whether on the left or right wing, the results are the same – a ruthless blend of pace, decision making and technical ability which has served up six goals and seven assists in all competitions.

Over at Chelsea, it is now Hudson-Odoi’s turn to shift to wing-back, a role where he has shown positive early signs under Thomas Tuchel when deployed in the position.

Whilst he was hauled off against Southampton and criticised by his manager, he responded well against Atletico Madrid in midweek.

READ  Players kneel during anthem as NBA restarts in Florida

Before that game, Joe Cole offered a fascinating insight into how the move could be just what Hudson-Odoi needs.

He pointed out that, for players who have stood out in youth football, the finer margins of the senior game are amongst the biggest challenges they face.

When further forward, Hudson-Odoi has been working in tighter spaces with finer angles and often been forced to come inside rather than hugging the touchline to provide width.

By moving further back, as Saka experienced, he is given more space on the ball, more fresh air to run into and more time to process what is happening.

After deploying Hudson-Odoi at right wing-back against Wolves and Burnley, Thomas Tuchel declared: “We just let him drive and he did very good, showing all his qualities he has: the high speed, the quick recoveries, dribbles, good one-on-one.

“He took his chance.”

Whilst it may be perceived as a more negative role for Hudson-Odoi, he has been handed similar responsibilities to Saka in terms of being asked to provide goals and assists.

“[Tuchel] wants me to be as direct and to keep getting at full-backs and defenders as much as possible,” Hudson-Odoi said.

“He knows all the attacking players can be free and score goals and he wants us to be direct and keep pushing and try to get goals and get assists. He told me to work up and down that line, be direct and stay as high and wide as possible.

“I try to break the line and keep doing different movements to get the ball. He wants us to keep going in behind and find good passes, find different ways of breaking teams instead of trying to beat them every time with the ball.”

Playing in the new role is set to be a learning curve for one of England and Chelsea’s most talked about prospects.

Whilst he has been overtaken by Saka in the list of talented English wingers, the 20-year-old has plenty of time to unlock his natural abilities.

Like with Saka, a spell at wing-back with a new perspective on the game might be exactly what he needs to explode as a world-class performer. 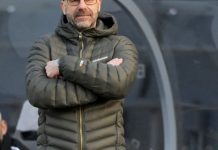 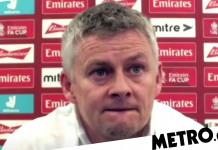 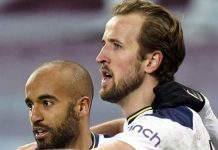 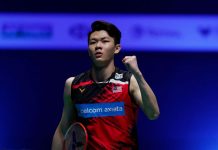 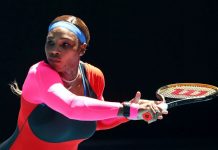 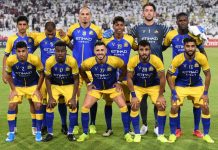 Al-Nassr board of directors disbanded over club operating irregularities 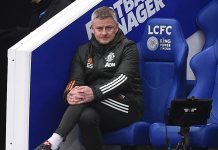 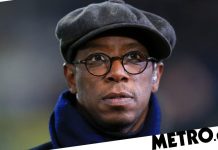 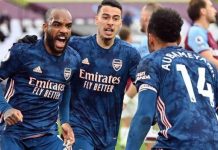