Buoyed by the successful reopening of the Shanghai Disneyland since the novel coronavirus outbreak, theme park operators in China are accelerating efforts to cash in on the growing visitor enquiries and ticket bookings, industry sources said.

Shanghai Disneyland officially reopened on May 11, and it became the first Walt Disney theme park worldwide to welcome guests again after a three-month hiatus due to the epidemic.

In the past weekend, the number of searches for theme parks nationwide tripled from the levels seen during the Labor Day holiday in the first week of May, according to Qunar, a Beijing-based online travel agency.

“May and June are expected to be a peak resumption period for theme parks across the country.

Oriental Heritage, a chain theme park that features Chinese characteristics, and a group of other theme marks reopened in late March.

On April 30, Chimelong Ocean Kingdom resumed part of its indoor operations. Chimelong resumed operations of its water park and safari world on May 15.

Besides, Haichang Ocean Park in Shanghai resumed its operations of indoor venues on May 10.

Yet, theme parks are reopening at a much slower pace than other attractions such as natural sceneries, cultural heritages, city sightseeing, botanical gardens and zoos.

So far, at least 579 theme parks, or 40 per cent of the total, have reopened nationwide.

During the Labor Day holiday, bookings for natural scenic spots reached 70 per cent of the level during the same time last year, while that of theme parks only reached 40 per cent of last year’s volume, Qunar said.

“The reopening of Shanghai Disneyland has an exemplary effect on the recovery of the tourism industry in China, and it also indicates the epidemic is getting under better control in China and the Chinese economy is recovering strongly,” said Wu Tao, general manager of domestic trips of Fliggy, an online travel agency owned by internet giant Alibaba.

“At the moment when the global economy is under a negative effect, the significance of the reopening not only lies in the theme park itself, but also in the world’s greater confidence in China’s economy.

“Behind the ever-growing booking numbers is the spurt of consumer enthusiasm, and the visible confidence in recovery,” Wu said.

Still, the number of people that are allowed to enter theme parks in China is strictly restricted to avoid possible infections from the epidemic, and booking tickets online in advance is required.

As US turns inward, coronavirus gives China ‘opportunity of the century’ in Latin America 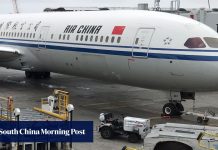 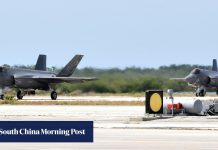 US jails three Chinese nationals for photographing navy base 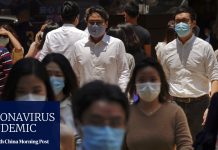 Donald Trump says China is buying ‘a lot’ of US products 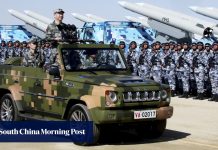 Has China gone into stealth mode with its military-civil fusion plans? 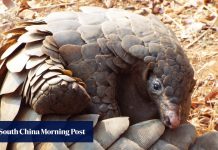