China’s famous herd of wandering elephants has stopped for a rest after a 15-month journey far out of their natural habitat, an odyssey that has captivated the country.

Authorities have marshalled extraordinary resources to monitor the herd and keep it away from residential areas. According to Chinese media, the Yunnan forest fire brigade said a team of eight people were tracking the elephants, 24 hours a day, both on the ground and by drone from the air.

In the latest update, authorities said the herd of wild Asian elephants had been tracked to a forest just outside a village in Xiyang township, in Yunnan, around 90km south-west of Kunming city, heading back in the direction from which they came.

Drone images showed the elephants lying down in the forest, resting during their travels which have so far covered 500km (300 miles).

On Monday more than 410 emergency personnel, 374 vehicles and 14 drones were deployed with more than two tonnes of elephant food, in continuing efforts to lead the elephants away from human areas, and to evacuate people in their path.

“Temporary traffic control will be implemented on some road sections to keep them calm, and create conditions for the elephants to move westward and south,” Beijing News said.

Wildlife authorities are struggling to understand why the group of 16 elephants went on the move last year. According to Xinhua, in November, they arrived in Pu’er in Yunnan, where a female elephant gave birth to a baby, and settled in place for five months before starting to walk again on 16 April.

A week later, two left the group, leaving 15 to continue their odyssey to the north. The group now appear to be back on the right track, heading south-west, although on Monday authorities reported one male elephant was traced away from the group, 4km to the north-east.

The travels of the elephants, first detected leaving their natural habitat in March 2020, has captivated Chinese social media, although their at times destructive presence has caused at least 6.8m yuan ($1.07m) in damage, according to state media. 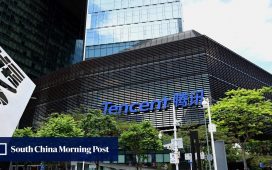 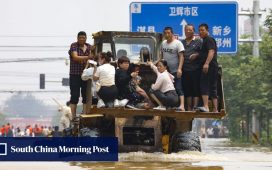 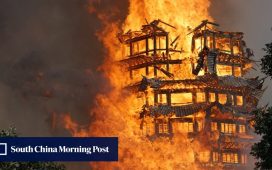 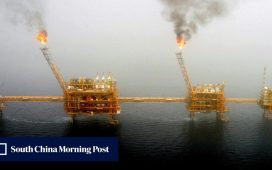 US weighs crackdown on Iranian oil sales to China 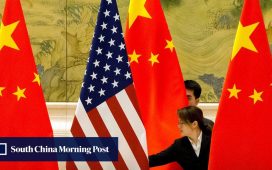 China announces tit-for-tat sanctions against individuals, entity in the US