The case of a 30-year-old woman with an eating disorder that saw her weight drop to just 25kg and taken to hospital with multiple organ failure has shocked doctors in China.

The unnamed woman, who is just 165 centimetres tall, from Hebei province in northern China, lost 40kg in the last year due to extreme dieting and weight loss caused by an eating disorder, Chinese news site Shanghai Video reported yesterday.

The woman decided to commence a highly restrictive diet when her weight reached 65kg after she had her second child.

Within a year she had lost 40kg and weighed just 25kg. Feeling unwell, the woman took herself to a local hospital. 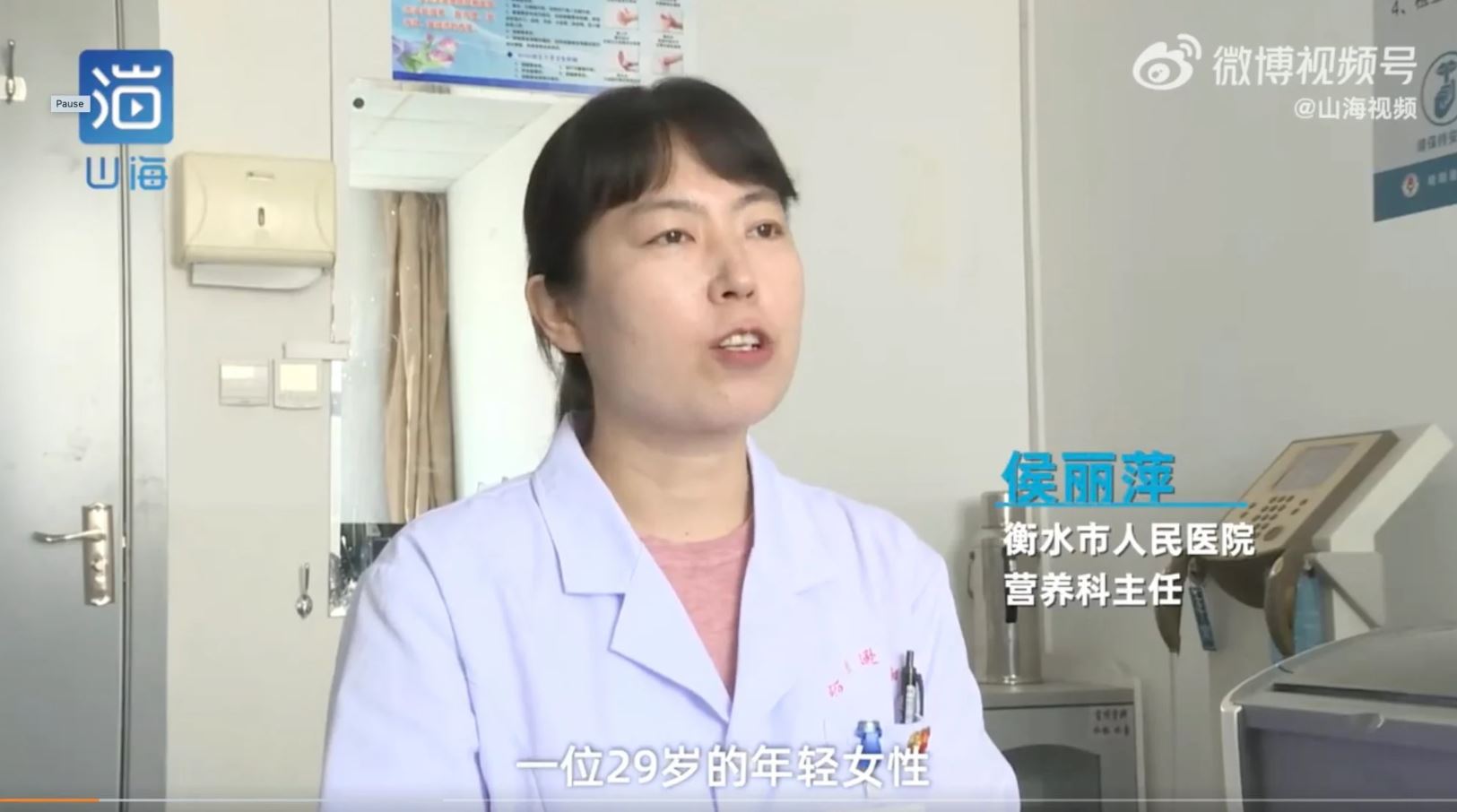 In addition to suffering from multiple organ failure, the woman had severe malnutrition, heart failure, gastrointestinal disorder, hair loss and had ceased menstruating.

The treating doctor, surnamed Hou, diagnosed the woman’s obsession with thinness as the eating disorder anorexia nervosa and said she believed it dated back to her youth.

“She has anorexia nervosa, and regardless of her poor physical and mental state, she hasn’t shown any desire for food,” said Hou.

“She became sick and experienced multiple organ failure, then she was sent to the intensive care unit for recovery.”

However, the woman reportedly refused recommended treatments, despite acknowledging that she could die if she continued her present diet regime.

A further medical report from the hospital said the woman had used a number of extreme methods to drastically lose weight, such as acupuncture and taking cathartics and laxatives.

In Chinese society, slimness has long been considered a standard requirement for female beauty.

In 2020, The Paper reported on the case of a woman in her early 20s who weighed just 35kg and had been fighting anorexia for five years.

In 2018, the case of a woman aged nearly 50 in central China suffering from anorexia and weighing less than 30kg caught national attention.

However, in recent years eating disorders have begun to attract national attention and raise awareness among younger generations.

A recent report on a plus-size woman named Wang Yu , who works as an actor impersonating one of ancient China’s legendary beauties Yang Guifei, won praise for inspiring Chinese girls with her plus-size confidence.

In 2015, the Fudan Development Institute released a report on 1,708 university students who were born in the 1990s, the beginning of the internet age. It found that most students had very tolerant attitudes towards cultural and physical diversity.