A life-size robot that looks, swims and reacts like a real dolphin: Is this a glimpse of the future for marine parks?

As zoos and aquariums in China grapple with new bans on the multibillion-dollar wildlife animal trade amid the coronavirus pandemic, two tech entrepreneurs in New Zealand believe their animatronic creation could revolutionise the marine park industry.

The idea was born when Wang Li, co-founder of Animatronic Entertainment Portfolio, and his New Zealand business partner were asked to design an oceanarium in China with live dolphins and whales in its tanks two years ago.

Neither of them were enthused about the idea of using captive live animals as entertainment. “We believe those beautiful and amazing lives are priceless and should never be displayed in captivity,” Wang said.

To overcome their ethical dilemma, Wang and Melanie Langlotz, an augmented-reality gaming expert, decided to build their own robotic marine animal. They sought the expertise of two US animatronics experts, Roger Holzberg and Walt Conti, to realise their vision.

Holzberg, a former vice-president and creative director for Walt Disney Imagineering, told New Zealand media that the first 270kg prototype had a battery life of 10 hours and could last in saltwater for 10 years.

Wang said the aim of the robots was to provide audiences with a “Hollywood blockbuster-style” experience.

The team was working on refining and mass-producing the robotic animals, and Wang predicted that demand from the Chinese market alone would see up to 150 orders within three years after the coronavirus pandemic subsides. He added that the team had already signed deals with “quite a few prominent Chinese buyers”, declining to reveal more.

Ranging from some US$40 million (S$57 million) to US$60 million each, the first robotic dolphin is expected to be delivered in about two years.

Wang said the use of animatronic marine mammals had some economic advantages over live animals.

“In terms of a 10-year business operating period and a 2 million annual visitor capacity, the overall investment and maintenance costs for a decent animatronics entertainment portfolio only accounts for about one quarter or no more than one-third of what a traditional aquarium spends,” he said.

Prathna Singh, director of BAT, gave the invention the nod and said the use of robotic dolphins was a “huge positive step in the direction of ethical entertainment and education”.

He believed that similar inventions could curb illegal wildlife trade. “These facilities, and others similar to them, would not have a need to purchase live animals and would then not contribute to the wildlife trade.”

Business experts believe that the invention will be popular when it first reaches the shores of Asia, but that visitor interest may fade over time.

Lucas Tok, lecturer at the Marketing Section of Singapore Polytechnic’s School of Business, said: “Much of the captivation with live animals is the unpredictability in their behaviour and consumers are generally drawn to this, which is why they visit a zoo or safari multiple times in a single lifetime.”

However, if zoos are able to implement robotic dolphins in a way where every encounter with the dolphin is different, then the model could be sustainable in the long run.

“It could be a positive nod towards dolphin education and conservation of their natural environment if an approach similar to this is taken,” Tok said.

Echoing similar views, Singh said: “A robot that mimics a real animal in terms of look, feel, movement and behaviour allows for humans to interact and learn about an animal without having the animal imprisoned for human benefit.”

Singh suggested that more theme parks should consider adopting the use of a nonliving alternative, so that live animals in entertainment could be “a thing of the past”.

Tok said that with heightened concerns from the consumer market over the past decade, an overhaul of the marine captivity industry could be possible.

However, this would vary across different countries and the views that drive their habits, he said. 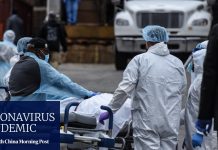 China will crush dissent in Hong Kong, just as it did in Tiananmen Square | Ma Jian 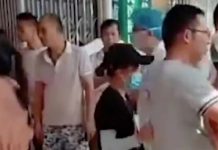 Tiananmen Square witnesses remember an air of celebration, and then 'Orwellian silence' 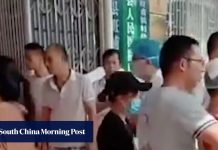 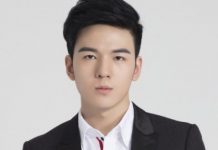