The global chip shortage will continue, and consumers will have to pay for it, an analyst from the International Data Corporation said.

The U.K. government has blocked the takeover of the country’s largest microchip factory by a Chinese-owned firm over concerns it may undermine national security.

Nexperia is based in the Netherlands but owned by Wingtech, a partially Chinese state-backed company listed in Shanghai. Nexperia completed its acquisition of Newport Wafer Fab in 2021, and the firm subsequently changed its name to Nexperia Newport Limited, or NNL.

“The order has the effect of requiring Nexperia BV to sell at least 86% of NNL within a specified period and by following a specified process,” the United Kingdom’s Department for Business, Energy and Industrial Strategy said in a statement.

“We welcome foreign trade & investment that supports growth and jobs,” Shapps tweeted Wednesday. “But where we identify a risk to national security we will act decisively.”

Toni Versluijs, Nexperia’s U.K. country manager, said the decision was wrong and that the company plans to appeal.

“We are genuinely shocked,” Versluijs said in a statement Wednesday. “The decision is wrong, and we will appeal to overturn this divestment order to protect the over 500 jobs at Newport.”

Government officials and lawmakers expressed concerns that the U.K. was selling a prized asset to a Chinese-owned company at a time of global shortages in semiconductors, which are still ongoing and are expected to last until 2024.

Britain launched a national security probe into the Nexperia deal earlier this year, using powers that allow it to review and block foreign takeovers or investments in sensitive sectors.

The government said Wednesday that the location of the Newport facility, which is part of a strategically important cluster of semiconductor expertise in Wales, ultimately led to the view that the takeover was a national security concern. 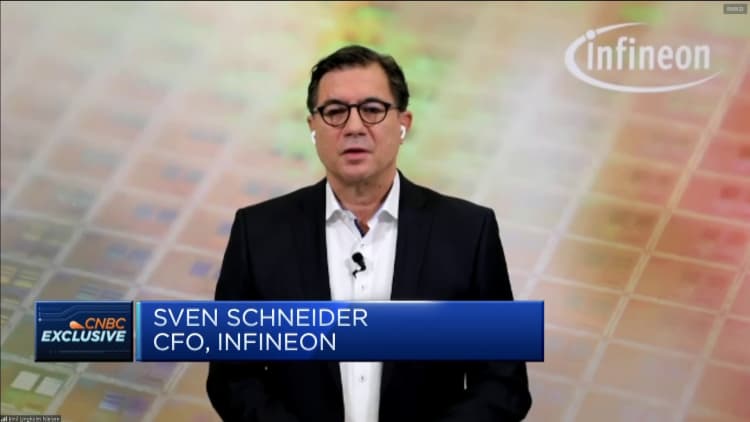 Nations are increasingly seeking to claw back control of strategically important industries such as semiconductors after widespread supply chain disruptions exposed an overreliance on China as a global manufacturing hub.

The move could further sour U.K.-Sino relations, which are already at a low point following moves from London to ban Huawei 5G equipment and grant people in Hong Kong special British visas that would eventually lead to citizenship.

The U.K. has previously investigated Nvidia‘s acquisition of Arm, a crucial chip design company, over national security concerns. The acquisition was shelved by the U.S. semiconductor giant in February.