A short video in which a woman driving a Porsche argued with a man driving a more modest car and slapped him before being slapped back harder has gone viral in China.

The incident on Tuesday in the southwestern city of Chongqing began when the woman tried to perform a U-turn but could not because the man driving behind did not give her enough space, website Pear Video reported.

The video shows the woman, wearing a white wide-rimmed hat and high-heeled shoes, getting out of her red Porsche to confront the driver of the Chery, a low-end make of car in China.

She is shown slapping him before being slapped back by him, sending her hat flying. She then took photographs of the scene of the disagreement, a witness told Pear Video.

“She blamed him for getting in the way,” the witness was quoted as saying. “She pointed here and there, and cursed him. She hit him after he replied with one sentence, and the man then hit her head.”

They were taken to a police station, the site reported.

The man’s wife, surnamed Chen, told Beijing News the woman had mocked her husband for being dressed in shoddy clothes and driving a “beggar’s car”.

Chongqing police said the woman had been fined 200 yuan (S$40) for turning on a zebra crossing, and a further 50 yuan – as well as having two points deducted from her driving licence – for wearing a hat and shoes that were deemed to be unsafe to drive in. She and the man reconciled their differences, police said.

READ  ‘I don’t’: why China’s millennials are saying no to marriage

The incident attracted plenty of interest online, including 32,000 comments on news portal 163.com. Most people sided with the man while lambasting the woman.

“Judging from her unscrupulous gestures, I think it’s necessary to check her background,” one person wrote. “It’s possible that she has a senior official serving as her protection umbrella.”

“Salute to the man’s punch – it’s just, given the woman’s arrogant and imperious deeds,” another person said.

One user posted: “Porsche drivers can be so arrogant!” 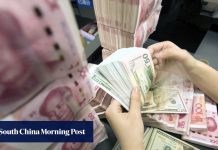 China steps in to defend the yuan, as US tensions and Hong Kong uncertainty send currency tumbling 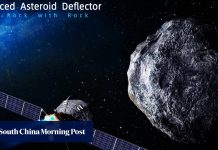 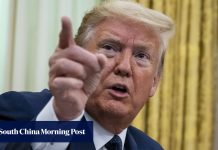 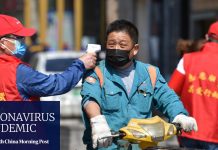 Chinese students ‘shouldn’t be in our schools spying’, US Secretary of State Mike Pompeo says 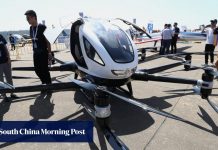 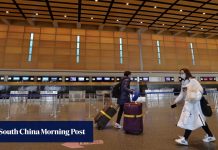 Caught in the crossfire: Chinese students struggle to get home from the US as rift deepens