Chloé Zhao made history on Monday becoming the first Asian woman to win an Oscar for best director for her film Nomadland. But in China, Zhao’s country of birth, posts about her victory were removed and Weibo searches for her Chinese name returned results about a low-level official who had volunteered to promote a local Covid-19 vaccination drive.

Zhao’s film also took out best picture, and Frances McDormand won best actress for her leading role. But the success wasn’t enough to end a domestic silencing of Zhao-related news which began last month in response to an old interview for which she was accused of “smearing China”. Within hours of her win at the Oscars, social media posts were being censored.

The 2021 ceremony was not broadcast in China, but many people saw 39-year-old Zhao’s acceptance speech via clips shared on social media, adding comments of congratulations.

“She is the pride of Chinese and even all Asian people,” said one commenter on Weibo.

“The four words of: Oscar, Chinese, female, and director, are finally connected in this moment, forming a very proud sentence,” said another.

Posts about her directorial victory were live for at least an hour, but within minutes of the best picture win they began disappearing, including one by the US consulate in Guangzhou, and users began complaining of their messages being deleted.

A hashtag relating to Zhao’s win was soon replaced with the words: “according to relevant laws and regulations and policies, the page is not found”.

Reuters reported that an attempt by Zhao’s alma mater in Shanghai to livestream the ceremony was blocked, with the host’s VPN inaccessible for two hours.

The news was also not immediately reported by Chinese state media, with few mentions outside a tweet by English-language tabloid, the Global Times. Twitter is blocked in China.

Zhao, who was born in China and lived in Beijing until she was 14, accepted the best director award saying she had been “thinking a lot lately about how I keep going when things get hard”. She recalled playing a game with her father, memorising classic Chinese poems. She recited a line from the three character classic, “人之初，性本善”, and translated it to English: “people at birth are inherently good”.

“I still truly believe them today,” Zhou said. “Even though sometimes they might seem like the opposite is true, but I have always found goodness in the people I met everywhere I went in the world.”

Zhou’s message and her decision to speak in Mandarin during her speech were widely welcomed, particularly amid high rates of anti-Asian racism in the west.

The apparent censorship of news about Zhao’s Oscars win followed a nationalistic furore against her last month. In March, Zhao was widely praised after becoming the first Asian woman in history to win a Golden Globe for best director. But within days she became the target of intense online trolling including accusations of “smearing China”, after an eight-year-old interview was resurfaced, in which she described being a teenager in China as “a place were there are lies everywhere”. Promotional material and references to the film were wiped from the internet and there were calls for a boycott.

Show times for Nomadland were removed from major ticketing websites, and it prompted fears about the impending Chinese release of Zhao’s forthcoming Marvel movie.

While some Oscars commenters still complained about her 2013 comments, others lamented the trolling had overshadowed her achievements. One commenter asked “Did Zhao … ever say she didn’t love China? I also think there are a lot of lies in China, and the ruling party has a lot to criticise and improve.”

For the first time in 50 years the Oscars ceremony was also not broadcast in Hong Kong, which is under increasing control by Beijing. Do Not Split, a nominated documentary about the Hong Kong protests upset the sensitivities of authorities.

Neither Chinese authorities or the Academy Awards said the broadcast ban was due the documentary or Nomadland, and Hong Kong’s leading broadcaster said the decision not to air it this year was for “commercial reasons”.

Do Not Split director Anders Hammer told CNN his team wasn’t surprised that Beijing reacted to their film, “but we didn’t know that it would be in this form of censorship which affects the whole Oscars”.

Biden and Putin call Geneva talks ‘positive’, ‘constructive’, but differences emerged over how much they will cooperate 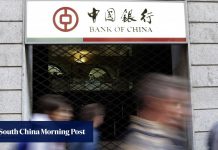 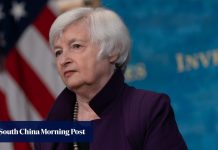 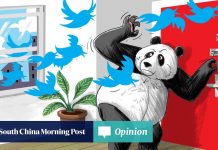 How China’s treatment of international students hurts its public diplomacy

US optimism to reshore supply chains from Asia ‘overblown’, with region’s share of global exports set to rise 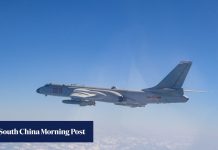 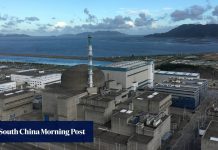 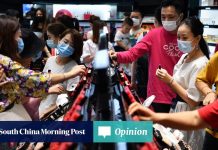 China’s anti-sanctions law: how companies can avoid picking a side 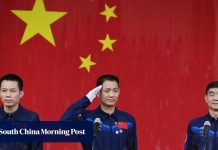 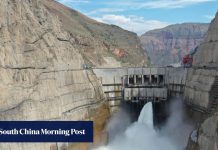