PARIS: Around 1,000 people gathered in two “yellow vest” protests in the French capital Paris Saturday in lower-than-hoped-for numbers for the movement’s hoped-for September comeback, later clashing with police who fired tear gas.
An AFP journalist saw at least one car and rubbish bins set on fire and street furniture toppled by demonstrators near Place Wagram in northwest Paris, while police lobbed tear gas grenades after the march left its planned route.
Tens of thousands rallied in 2018-19 under the yellow vests’ banner against President Emmanuel Macron’s perceived prioritization of business and the rich over struggling ordinary families.
The demonstrations sometimes descended into scenes of violence and looting that drew harsh police responses, which were in turn criticized in France and beyond.
With its weak turnout Saturday, “the movement is dead, I’ll say that clearly, but we’re here because we have nothing to lose. This is a kind of last stand,” said Michael, a 43-year old protester in the crowd at Place de Wagram before the march got started.
Stephane, a 48-year-old who had traveled from the Paris suburbs to join the rally, disagreed.
The yellow vests movement “has been struggling for a few months but it will never die,” he said. “As more people are laid off from their jobs, they’ll increasingly wake up.”
A second march starting from central Place de la Bourse saw protesters brandish signs with modest demands like “being able to fill your fridge properly.”
“Today is kind of a test for what comes next, but the movement isn’t running out of steam,” said pensioners Pascale and Patrick, veterans of the movement’s demonstrations at traffic roundabouts in provincial towns.
They had traveled from Crolles in southeast France because “we don’t want this world for our children and grandchildren, where we’re subjugated by this oligarchy. We’re anti-capitalist, anti-system, former hippies and yellow vests.”
Elsewhere in the city center, hundreds of police were deployed at the Champs-Elysees avenue where authorities banned demonstrations.
Officers checked the identity cards of passers-by and searched their bags, while many storefronts were boarded up in anticipation of looting which occurred repeatedly during last year’s violence.
“We can’t have destruction and chaos on the Champs-Elysees,” Paris police chief Didier Lallement said Saturday morning. “There’s a need for calm on this avenue which is a showcase for our country. So I banned the demonstrations.”
Ahead of Saturday’s protests, police had said they expected up to 5,000 people to attend, with 1,000 of them potentially violent.
Some 193 people had been arrested by around 2:15 p.m. (1215 GMT) especially for carrying objects like screwdrivers, ice axes and knives that “have no place at a demonstration,” the police posted on Twitter.
Interior Minister Gerald Darmanin had announced Friday slightly tougher rules on how police use controversial rubber bullets and other crowd-control weapons ahead of the expected marches.
Officers must now ask supervisors for permission to fire the projectiles, which have been responsible for injuries including destroying the eyes of some protesters like leading light Jerome Rodrigues.
“Yellow vest” marches had been announced for other major cities in France including Marseille, Toulouse, Lyon and Lille.
Authorities in past protest hotspot Toulouse banned the planned demonstration there, citing coronavirus restrictions. 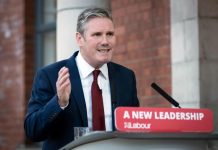 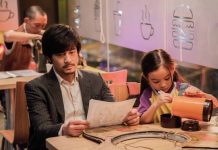 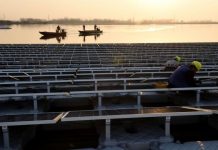 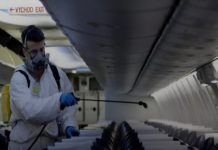 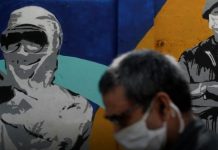 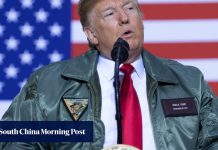 How Trump and his generals fell out of love 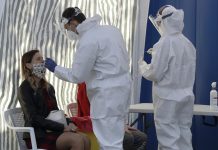