In a few more decades, potatoes from the Russian tundra and corn from once-frigid areas of Canada could be added to the list as vast swathes of land previously unsuited to agriculture open up to farmers on a hotter planet.

Climate change could expand farmland globally by almost a third, a study by international researchers found this week.

“In a warming world, Canada’s North may become our breadbasket of the future,” the scientists wrote.

But, they warned, opening up new “agricultural frontiers” would also bring significant environmental threats, including a risk of increased planet-warming emissions from soils.

“This is the positive aspect,” he said.

Farming on the land identified in the study — more than half of which lies in Canada and Russia, with the rest including the mountains of Central Asia and North America’s Rocky Mountains — could help feed the planet’s growing population.

Today, one in nine people go to bed hungry, and the United Nations has said food production needs to increase by about 50 per cent by 2050, when the global population is expected to reach nearly 10 billion.

Despite growing demand for food, environmental experts who were not involved in the study told the Thomson Reuters Foundation enlarging farmland could further accelerate climate change.

Some of these frontier areas have the most carbon-rich soils, said Ronald Vargas, secretary of the Global Soils Partnership and a land management officer at the UN Food and Agriculture Organization.

“As soon as you start (farming) you will see emissions. So global warming will shoot up,” he said, pointing to a map showing that Russia and Canada hold about a third of the world’s organic carbon stock found in the top layer of fertile soil.

Within a decade, half of that carbon could be released into the atmosphere if the land is cultivated, he warned.

The study, published in the science journal PLOS One, echoed that concern.

If agriculture were allowed to extend into all areas identified, “there would be little chance” of meeting the Paris Agreement goal of limiting global temperature rise to 1.5 degrees Celsius (2.7F) above pre-industrial levels, it said.

That, in turn, would generate “even more climate change for poor people in the developing world” who have done little to cause global warming, said Margarita Astralaga, head of the environment and climate division at the International Fund for Agricultural Development.

Instead the answer lies with better management of existing arable land, including raising productivity in Africa, she said.

About four-fifths of African agriculture relies on rainfall, so extended droughts cripple food production, she noted, calling for solutions such as irrigation, soil conservation and reduction of food waste and spoilage.

“We have millions of hectares that already are arable that we have destroyed… Do we go to Mars next?” she asked.

Agnes Kalibata, president of the Alliance for a Green Revolution in Africa and former Rwandan agricultural minister, also saw downsides to opening up more farmland.

She pointed to the devastating locust invasion in East Africa and a surge in malaria in parts of Africa as the climate gets hotter.

“We can’t… forget that in those areas where it’s warming up, it’s also warming up to be comfortable for insects that were not there before,” she said.

Biodiversity loss could be “huge” too, added Kalibata, who was recently appointed special envoy for a UN summit on improving food systems slated for next year.

As well as threatening global biodiversity hotspots, the study warned that extending farming to frontier areas could bring risks for indigenous people who often inhabit such land.

It called for government policies to “optimise food production, biodiversity and ecosystem services under climate change” rather than simply favouring agricultural expansion, as in the past.

An environmentally aware approach could include protecting areas with carbon-rich soils or levying high carbon taxes on conversion of such land for farming, said co-author KC.

“We should proceed but we should move very, very cautiously and (be) mindful of the potential environmental impacts,” he added. — Reuters

The rich list: Nita Ambani’s US$350,000 Hermès Birkin handbag, South Korea’s most expensive K-dramas, and the richest billionaires in fashion

Fake Hermès Birkin bags scandal: 10 sentenced in Paris over items sold for up to US$35,000 to Asian tourists and clients in Hong Kong

Virtual catwalks for Armani and Prada during fashion week

Jin Ji-hyun vs Song Hye-kyo: Korean drama stars of My Love from the Star and Descendants of the Sun, who deserves the title...

Indoor venues have been allowed to reopen, so why are Hong Kong’s beaches still closed? 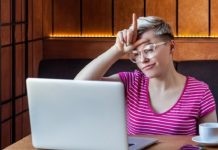 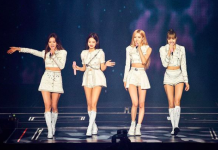 Why Rebecca Wei quit prestige Christie’s Asia job – ‘I just became a super-salesperson. I wasn’t creating’ – and her new role at gallery 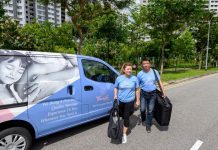 Creating the Grab service of massages 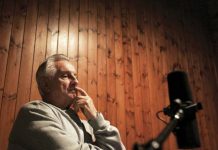