A majority (up to 85%) of the emissions from a barrel of oil come when transportation, such as your car, is driven, according to Carbon Tracker. It’s a stark example of how difficult the net-zero goal will be for companies, but far from the only one.

Technology companies working on combating climate change have raised a record breaking $32 billion so far this year, according to a report published Tuesday.

The amount of venture capital money flowing into climate tech this year has already exceeded the whole of 2020, the report by venture capital analysis firm Dealroom and promotional agency London & Partners said.

Meanwhile, investment in climate tech has more than quadrupled since 2016, when investors backed start-ups in the in the sector with just $6.6 billion.

It comes as some of the world’s top investors hail the potential for climate focused start-ups. On Monday, Blackrock CEO Larry Fink said he expects the next 1,000 billion-dollar start-ups to be in climate tech. While Bill Gates said last week that he expects there to be eight or 10 Teslas created in the space.

Between 2016 and 2021, climate tech start-ups in the U.S. raised the most funding, while their equivalents in China, Sweden and the U.K. were next in line.

Europe is the fastest-growing region globally for climate tech according to the findings, which analyzes technology companies working to reduce greenhouse gas emissions or address the impacts of climate change.

European VC investment into climate tech start-ups is seven times higher this year than in 2016, up from $1.1 billion to $8 billion, the report said.

Google search rival Ecosia, which uses its ad revenue to plant trees, announced the launch of a new 350 million euro ($405 million) climate tech venture capital fund to back start-ups across Europe on Tuesday.

“Our goal is to solve climate change,” Ecosia CEO Christian Kroll told CNBC ahead of the launch on Tuesday, just days before the upcoming 2021 UN Climate Change Conference in Glasgow, also known as COP26.

“We’ve been doing that at Ecosia for a long time by planting trees,” Kroll added, saying that the company has planted 136 million trees so far. “But that alone won’t be enough.”

Pressure has been mounting on world leaders and CEOs to significantly reduce greenhouse gas emissions as scientists continue to warn that Earth is rapidly advancing towards a climate catastrophe.

Dealroom and London & Partners’ report has been released to coincide with COP26.

“The tech industry plays a fundamentally important role in helping drive forward innovation in the fight against climate change,” said Laura Citron, CEO at London & Partners, in a statement.

She added: “Today’s findings demonstrate the creativity of climate tech firms in London tackling the climate crisis. Home to the largest cluster of climate tech companies in Europe and a thriving ecosystem of dedicated VC funds and accelerators alongside world-class researchers and talent, London’s tech sector is coming together to tackle the global climate crisis.” 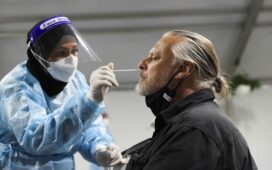 From Olafur Eliasson to Gerhard Richter: the art show aiming to unite Europe 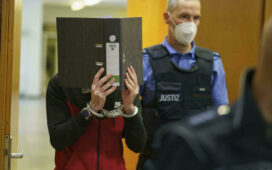 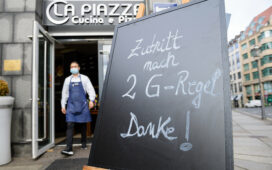