JEDDAH: Saudi business people are mourning the death of the Kingdoms’s most famous magnate, Hussein Bakry Gazzaz, who died on Thursday morning at the age 95.
The funeral prayer for Gazzaz was performed in Makkah, his birthplace.
Gazzaz was one of the most well-known businessmen in the perfume sector in Saudi Arabia. He was born in 1925.
In his early years, he moved with his family to Egypt where he received his primary education before returning to Saudi Arabia, starting a small perfume business that became one of the largest of its kind in the region.
In a 2014 interview with Hia magazine, Gazzaz described Egypt in the late 1920s and early 1930s as the “Paris of the East.”
He said Cairo’s picturesque streets and shops left a strong impact on the mind “of the little boy who came from Makkah.”
Gazzaz told his interviewer that a child’s early dreams were the basis of any success.
“Dreams are the same, but what follows can be different. Normal people usually have the dream to succeed, but the stronger their belief in their dreams is, the more possible their dreams are likely to come true. Dream motives vary from one person to another,” he said.
“I have dreamed of bringing what I saw in Cairo in the 1920s to my beloved country. In the 1950s, I had another dream — my country would be like Paris, in its streets and beauty. I strongly believed that hard work is essential in making my dreams come true. Dreams live with us, and we should keep dreaming until we stop breathing,” he said.
According to the company’s website, the Hussein Bakry Gazzaz and Company (GAZZAZ) started in 1942, when Gazzaz became the first agent in Saudi Arabia to import fragrances.
Over 77 years, the brand name GAZZAZ has expanded to include cosmetics, watches, cufflinks, pens, gifts, antiques, hair products, makeup, accessories, leather goods and other luxury products.
Their main brands include Dior, Gucci, Versace, Cartier, Chanel, Yves Saint Laurent (YSL), Montblanc, Dunhill and Dupont.
In May 2001, former French president Jacques Chirac honored Gazzaz with the “Medal of Honor” for being the biggest importer of cosmetics in the Middle East in the 1990s.
The Gazzaz chain of showrooms is the strongest retail group in the luxury sector in Saudi Arabia, and in the Middle East.

READ  Kushner’s Middle East peace plan has alarm bells ringing in Jordan, where it could ‘open the gates of hell’

How the Arab spring unfolded – a visualisation 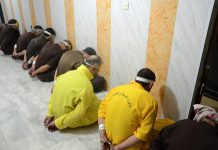 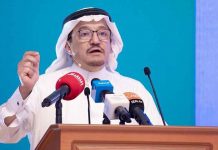 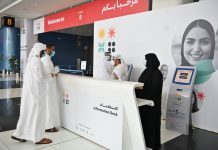 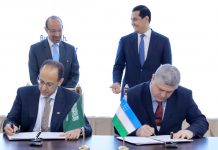 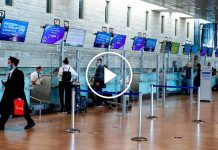 Israel to Halt Most Air Travel

From white sand beaches to orange groves, Saudi Arabia’s Tabuk has it all