KUALA LUMPUR, Oct 16 — Business owners in Klang Valley have once again gone into the “panic mode” following the reimplementation of the conditional movement control order (CMCO) for two weeks from Wednesday.

Although the government has allowed most businesses to operate as normal, the CMCO meant only one thing for most business owners: to further tighten their belts.

As the third wave of Covid-19 outbreak rages on in Sabah, Kuala Lumpur, Selangor and Putrajaya, the government brought back the CMCO with some new measures in these four states and territories to help contain the spread of the infectious disease.

Under the new measures, most industries will be allowed to operate normally while schools, universities, daycares, places of worship, parks, sporting and social activities, weddings, and entertainment outlets are off-limits.

To examine the effects of the two-week partial lockdown on businesses, Malay Mail reach out to sectors most affected by the return of CMCO.

Sunway Malls and Theme Parks was on track to achieve a 90 per cent recovery range in Q4 this year until the country was hit with another wave of Covid-19 infection recently.

Although the CMCO may come with economic ramifications, the company’s executive officer HC Chan said the move was a necessary step towards long-term economic continuity.

“The pandemic effect is not a short-term zero game but rather a long-term recurring game whereby first is survivability and then sustainability,” he added.

Commenting on the business’ financial situation, Chan said Sunway Malls’ performance in August indicated that sales and traffic figures had largely recovered by 80 per cent compared to the same corresponding period in 2019.

READ  What does Queen Elizabeth keep in her handbag? The answer may surprise you

However, it wasn’t the same for theme park business as it was one of the last few sectors that were allowed to reopen only in July after months of closure following the implementation of MCO in March.

“Though it has benefited immensely from the pent-up domestic tourism demand, as the ‘Ke Sana Ke Sini Ke Sunway’ campaign saw 18,000 room nights take-up rate within two weeks; the period was relatively too short for deep-seated and meaningful recovery to take place,” he said.

The group has temporarily closed Sunway Lagoon Theme Park in Selangor and Lost World of Tambun theme park in Perak during the CMCO period.

He also hoped that the government would revisit and remove the 25 per cent entertainment tax to help theme park operators during these trying times.

After four months of total closure during the MCO, Red Box Karaoke — which was among the last sectors to resume operations on July 15 — has now shuttered its Klang Valley outlets again due to the CMCO.

Its group general manager Giovann Ng admitted that it will be a tough and challenging period for them to temporarily close the outlets in Klang Valley.

However, he said that they respected the decision by the government and pledged to comply with the measure to flatten the curve once again.

Ng also said that the safety of their customers and staff were paramount to them, and assured to carry out disinfection and deep cleaning works to prepare for reopening after the CMCO.

READ  Production of local TV slows down during circuit breaker

With eight outlets nationwide, the karaoke chain earlier told Malay Mail that the prolonged closure during MCO cost them over RM2 million.

While most sporting centres and gyms are barred from operating during CMCO, an outdoor rooftop spin studio has fine-tuned its business model to fit the new normal and remain operational even under special circumstances like CMCO.

“Our business is built following the standard operating procedures of CMCO and RMCO, therefore, we have been on a successful and stable business grounds with our revenue and profit.

“It is a small nine-bike studio concept that we aim to give hope to others that remodelling their business concept could be sustainable on a boutique fitness end,” he added.

How One Championship founder, Thailand’s Chatri Sityodtong, went from homeless to Harvard, then hedge fund manager to MMA millionaire 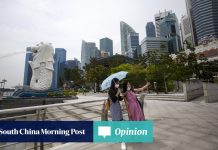 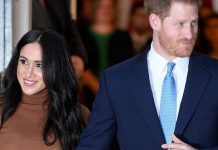 Harry and Meghan decry 'crisis of hate' in social media

Why gender-neutral school uniform collection by Taiwanese designer is so important – for boys, girls, and everyone in between

Who is Ivanka Trump’s husband Jared Kushner and is he really the ‘second most powerful man’ in America? 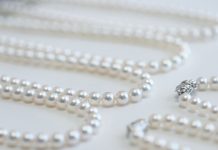 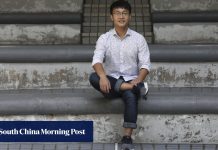 Chronic eczema: how diet changes helped one man control his after years of failed treatments, and how he’s helping others

Sai Ying Pun High Street is a Hong Kong foodie’s haven – here are the 7 best restaurants to try by groups like Castelo...