KOTA KINABALU: Abdul Rahman Dahlan tried to keep a neutral expression on Saturday when Perikatan Nasional leader Muhyiddin Yassin made the startling announcement of the coalition’s nominee for the Sabah chief ministership.

As cameras clicked and scores of people cheered in the northern town of Tuaran, Muhyiddin announced Hajiji Noor as being the most suitable candidate for the chief minister’s post, with the agreement of PN’s partners in the newly set up Gabungan Rakyat Sabah.

“The announcement came as a surprise, of course,” said Rahman, the Tuaran Umno chief, who was there to greet Muhyiddin. The PN president had come to Tuaran to lend his support to Hajiji just before he submitted his nomination forms as the PN candidate for the seat.

Muhyiddin’s announcement sent shockwaves of surprise among the leadership of Umno, which is fielding 31 candidates in the polls compared to PPBM’s 19.

Umno leaders, including president Ahmad Zahid Hamidi, immediately responded and indicated that any talk of who was to be the next chief minister was premature. Any decision on the post should be made once BN and its partners won the polls, said Zahid.

He had previously stated that Sabah Umno chief Bung Mokhtar Radin could be a suitable candidate for the post.

The question among some political observers was whether Muhyiddin’s announcement was an indication of a power shift in play, with PPBM flexing its muscles by making an early claim to the post.

They said Muhyiddin would have known that such an announcement was bound to rankle Umno members, and could fracture what little cooperation existed between the election machines of the two parties. It appeared that Muhyiddin was willing to risk it anyway.

“Was Muhyiddin trying to say that PPBM is in the driver’s seat even with fewer candidates than Umno? This is not going to sit well and could have some serious implications. Don’t rule out sabotage,” said a local politician.

Political analyst Lee Kuok Tiung, however, said Muhyiddin’s decision was made to counter Warisan Plus, which had trumpeted Shafie Apdal as its only chief minister candidate.

“Like it or not, Gabungan Rakyat Sabah has to come up with its own CM candidate as well,” he said, in adding that Umno would eventually propose its own candidate, and the party was likely to have a significant say on the matter.

“At the end of the day, it all depends who has the majority or more seats,” Lee said.

He said what mattered more was the setting up of Gabungan Rakyat Sabah as voters would see it as a consolidation of the parties taking on Warisan Plus. 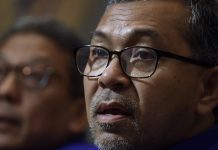 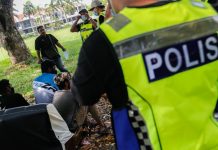 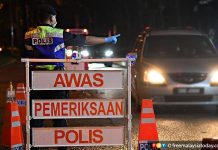 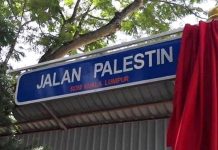 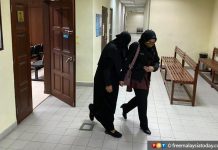 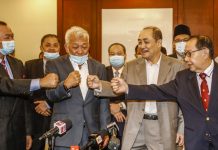 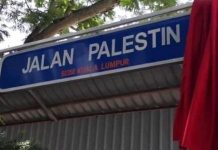 MySejahtera’s Covid-19 Hotspot Tracker not only based on infections, Health Ministry clarifies