Britain will begin to feel the draught from Europe from tomorrow. Not only does the Common Market take its third 10 per cent step in reducing internal tariffs between the Six, but for the first time it moves towards the common external tariff. Divided Europe becomes not a threat in 1961, but a reality.

Details of the new tariffs, which take effect on January 1, are now being announced in the Common Market capitals. British exports will be most seriously challenged in Germany and the Benelux countries – low tariff countries hitherto which are now raising their external barriers while also reducing their internal ones.

Benelux: The external tariff on non-electrical machinery (which includes machine tools – a British industry which already finds it hard to compete) will be raised to 6.9-7.8 per cent from 6, while the internal tariff goes down to 4.2 from 4.8. British exports have been worth more than £30 millions a year.

France: The external tariff on cars remains unchanged at 27-29 per cent, but the internal tariff goes down to 21 from 24. Britain’s exports to France in 1960 were worth nearly £3.5 millions.

Worse to come!
Worse may yet follow. Much will depend on the outcome of the GATT talks which begin in February. In its first moves towards the agreed common external tariff tomorrow, the Common Market is, in effect, softening the blow to the outer world by 20 per cent. This is only a provisional concession and may be withdrawn, at least partially, if other countries and especially, of course, America, fail to reciprocate with reductions in tariffs.

To facilitate any future adjustment which may follow the GATT negotiations, the Six are neither bringing tariffs down beyond the eventual common tariff nor raising them, for the time being, above the level of the eventual common tariff less 20 per cent. With this exception, goods which at present bear a tariff of not more than 15 per cent above or 15 per cent below the future common tariff are being aligned on that future tariff less 20 per cent.

Because she reduced her tariffs in 1957, Germany is being allowed to make this first approximation to the common tariff in two steps. She will thus restore half the cuts she made in 1957 before moving up again on January 1, 1962.

Other changes which come into effect tomorrow concern agricultural products and quotas on both industrial and agricultural goods. Agricultural products not subject to quota – some meat products, fish, fruit, vegetables, potatoes and manufactured goods, such as jam – will pass between the Six at tariffs 5 per cent below the present levels. The total reduction of internal tariffs on these items is 25 per cent since 1958, compared with 30 per cent for industrial goods.

Industrial quotas
Industrial quotas are being increased at least 10 per cent above the level of 1960 – the third increase since 1958 – but this change is coupled with an undertaking to abolish them entirely by the end of 1961, eight years ahead of the Rome schedule. Agricultural quotas are being increased by 20 per cent over 1960, subject to the proviso that quotas which were nil or very small before 1958 must constitute a least 5.2 per cent of national production.

Finally, steps are to be taken in 1961 towards a common agricultural policy under which a series of levies will replace quota and tariff control on a number of products yet to be specified. This, and the agricultural tariff and quota changes, are unlikely to have much immediate effect on British trade with the Six, but they show that in 1961 West European Customs Union is to become a reality. 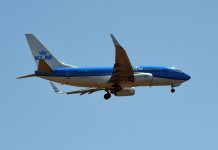 More than half of Europe’s cities still plagued by dirty air, report finds

Five things we learned from the Biden-Putin summit in Geneva 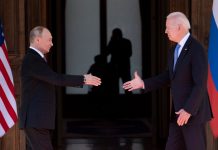 EU warned to expect relations with Putin’s Russia to deteriorate