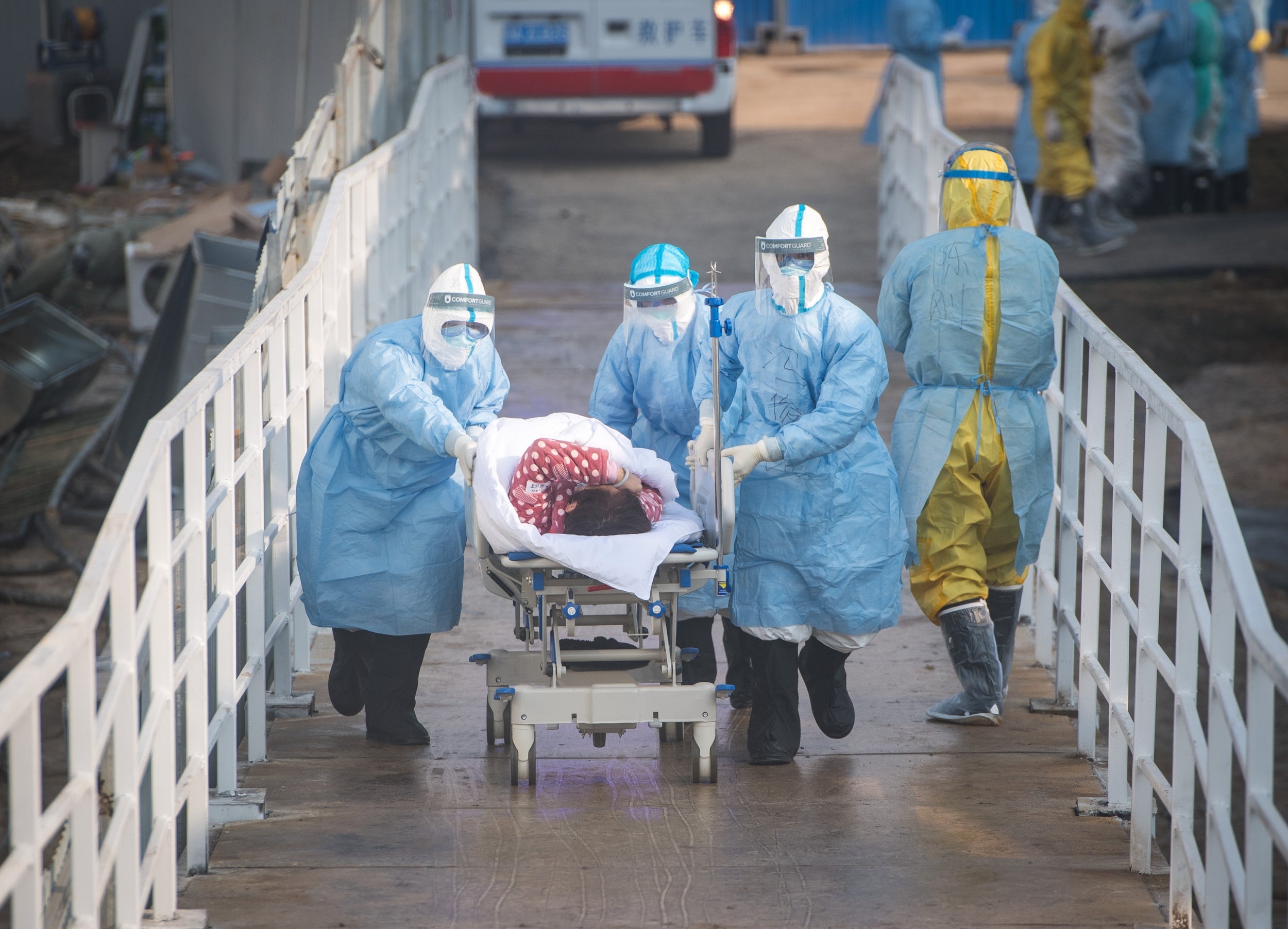 China’s leadership have finally admitted what doctors and international health experts have been warning for some time – that there were “shortcomings and deficiencies” in its emergency response to the novel coronavirus outbreak.

President Xi Jinping, chairing a second meeting of the top decision-making Politburo Standing Committee since the outbreak began, said China faced a “race against the clock” to stem the tide of new infections.

On Tuesday, the death toll in mainland China rose above 420, while the number of confirmed cases is above 20,000. The first death was recorded in Hong Kong – a 39-year-old man – following on from the death of a Chinese man in the Philippines on Sunday.

The rare admission by the top Communist Party body was reported by state media, though later appeared to have been removed from an article on the website of the party-run Xinhua news agency.

It said the committee had agreed that “the outbreak is a major test of China’s system and capacity for governance, and we must sum up the experience and draw a lesson from it”. It said there was a need to improve “the country’s emergency management system”.

The WHO has praised the Chinese authorities’ response throughout its situation reports on the coronavirus, suggesting it compares favourably to the secrecy and bureaucracy that characterised Beijing’s reaction to the 2002-3 Sars epidemic.

Yet the current outbreak’s death toll has now exceeded that of Sars, and there are growing recriminations around the way officials, particularly local Communist Party agents in the now locked down Hubei province, handled the start of the outbreak.

Dr Jonathan D Quick, adjunct professor of global health at Duke Global Health Institute and author of “The End of Epidemics”, told The Independent that “it appears lower level officials were unprepared, and there were some early miss-steps”.

“Time is a critical factor in outbreaks, and if the lower level response had been quicker – particularly if it had kicked in before the start of the (Lunar New Year) holiday season – that could have made a significant difference. There’s a good possibility that ringing the alarm a week or two earlier would have reduced the spread both inside and outside of China.”

A doctor in Wuhan city, Dr Li Wenliang, has been praised for a social media post in which he describes how he attempted to raise concerns about the virus on 30 December in a chat group with fellow doctors.

His message, warning colleagues to wear protective clothing to avoid infection, came after China had alerted the WHO to the new virus, but long before the government admitted that human-to-human transmission was possible.

Four days later, Dr Li was visited by police officers from the Public Security Bureau and ordered to sign a letter accepting that he was “making false comments”, that he had “severely disturbed the social order” and that he understood that if he continued to do so, he would be “brought to justice”.

It is a startling insight into the early official response from the government which, at the same time, was being praised by the WHO. A report on 12 January said the WHO was “reassured of the quality of the ongoing investigations and the response measures implemented in Wuhan”.

Other health practitioners, familiar with the way these things work in China, self-censored rather than face the same admonishment as Dr Li.

According to the New York Times, Lu Xiaohong, the head of gastroenterology at Wuhan’s City Hospital No 5, had heard by 25 December that the mysterious disease was spreading among medical workers. She did not go public with her concerns, but privately warned a school near a wildlife market that the virus was suspected to have originated in such a place.

And even as measures were taken to shut down the illegal wildlife trade, and the first fatality of the outbreak was confirmed, officials continued to suppress key information that might have alerted the public to the scale of the crisis.

The first patient to die was a 61-year-old man named Zeng, a regular shopper at the Wuhan market believed to be at the centre of the outbreak. In a report two days after his death, officials said he had already been suffering from chronic liver disease and other conditions. What they did not mention was the fact that his wife, who had never visited the market, had also developed symptoms.

It must be stated that some elements of China’s official response have improved dramatically since the Sars outbreak, Dr Quick said. These include “much faster” public announcements and reporting to the WHO, and the establishment of a centre for disease control with an internationally-renowned expert, Dr Frank Gao, at its head.

The prompt sharing online of the genetic code of the novel coronavirus appears to be a world first in an outbreak like this, he said, and has allowed labs anywhere to start working on a vaccine without actually acquiring a specimen of the virus.

Nonetheless, it remains highly likely that more could have been done to save lives. “Making ourselves much safer is doable and affordable,” Dr Quick said. “This is a teaching moment, a learning moment, and we can’t keep going back to sleep after these things and not [make] the progress we need to.”