China has imposed a lockdown in its northern city of Shijiazhuang after Hebei province on Wednesday reported 63 coronavirus infections, the mainland’s highest daily number for months.

The whole of Shijiazhuang, which has a population of 11 million, was placed under lockdown measures, with passenger train services suspended to prevent further spread of the virus, according to state news agency Xinhua. Flights and coach services to Beijing, 300km (186 miles) northeast of Shijiazhuang, were cancelled.

The 63 infections – identified on Tuesday and announced on Wednesday – prompted a top Chinese Centre for Disease Control and Prevention (CDC) official to warn that the tally might rise further in the coming days.

Shijiazhuang, the provincial capital, accounted for all but one of the confirmed cases and all but two of the asymptomatic ones, with the remaining confirmed case being recorded in the neighbouring city of Xingtai.

Hebei had reported 19 confirmed infections and 40 asymptomatic cases between last Saturday and Monday. The previous time the province had recorded locally transmitted infections – rather than imported ones – was in June.

“Right now, Hebei faces a serious situation to get the pandemic under control and our responsibilities are heavy,” Ma Xiaowei, director of the National Health Commission, told a meeting with Hebei officials on Tuesday.

He stressed the need to control movement to ensure that people from high-risk zones in Shijiazhuang did not leave and those in low-risk zones could depart only with a negative swab test result. The local government had already required that passengers departing from Shijiazhuang airport be allowed to board only if they showed a negative test result acquired within the previous three days.

Ma was sent to Hebei by Vice-Premier Sun Chunlan to direct efforts to halt the spread of the outbreak, after recent sporadic clusters in Beijing and northeastern provinces rekindled concerns of a resurgence of the virus in China leading up to the Lunar New Year holidays next month.

Residents of Shijiazhuang rushed to supermarkets and emptied the shelves when rumours of a lockdown began to spread on Tuesday.

“Vegetables were basically sold out – I got there a bit late,” said Feng Shanshan, a resident who bought 567 yuan (US$88) of groceries on Tuesday night and posted the receipt on social media.

She had also bought food from Taobao, Alibaba’s e-commerce platform, but later found deliveries in the city had been suspended. Alibaba also owns the South China Morning Post .

Feng said entry to her neighbourhood had been blocked, and she had been told to stay at home for three days until the end of Friday, with people allowed to leave only in special circumstances.

Local schools and kindergartens have been closed.

CDC deputy director Feng Zijian said in an interview with state broadcaster CCTV on Tuesday night that the spread could continue for a while and the number of infections could be higher because Shijiazhuang was conducting city-wide testing.

Investigations by local health authorities have shown that many of the infected people attended village events, including a wedding in Shijiazhuang, in the past three weeks.

Hebei’s civil affairs department issued a notice on Tuesday urging all residents against hosting a banquet or inviting relatives and friends from other places to attend weddings or funerals during and after the Lunar New Year period, to help prevent transmission.

The first identified case of the outbreak was a 61-year-old woman in Xiaoguozhuang who was confirmed to be infected on Saturday. It is not known how she contracted the virus.

The pathogen detected in Shijiazhuang highly resembled that in Xingtai, which was an imported virus, probably from Europe, according to the CDC’s Feng.

China is on high alert for imported cases, with several cities stepping up their precautions. On Tuesday, Beijing announced that if any passenger or their belongings were on the same flight as someone who tested positive for the coronavirus, the traveller must serve an extra seven days of quarantine on top of the 14 days required for all people arriving in the capital.

In addition to those cases in Hebei, China reported one confirmed case in Beijing, one in Liaoning and one in Heilongjiang for Tuesday, just days after a vaccination programme was launched in various cities including Beijing, Shanghai and Shenzhen. 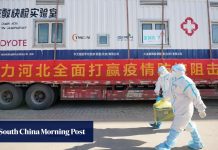 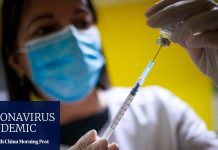 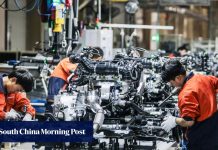 Chinese search giant Baidu jumps into the smart electric car fray, teaming up with Geely Auto to take on Tesla 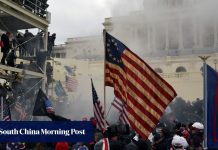 What could Biden’s divided United States mean for China?

Coronavirus in China: instant noodles a godsend for residents caught out by Shijiazhuang lockdown 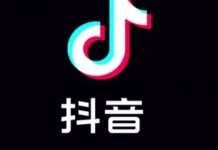