Health officials are warning that mass gatherings across the country could further spread the coronavirus, just as much of the economy is beginning to restart. Protests sparked by the police killing of George Floyd, an unarmed black man in Minneapolis, continued for a seventh night with overnight clashes between law enforcement and demonstrators.

The World Health Organization, which has faced criticism for repeatedly praising China for a speedy response to the emergence of the coronavirus, complained in private meetings that China was not releasing enough information or doing so quickly enough about the virus, the Associated Press reported.

This is CNBC’s live blog covering all the latest news on the coronavirus outbreak. This blog will be updated throughout the day as the news breaks.

The data above was compiled by Johns Hopkins University.

7:12 a.m. ET — What appears to be a seasonal nature of the coronavirus could prevent a spike in confirmed Covid-19 cases in the U.S. this summer, former Food and Drug Administration Commissioner Dr. Scott Gottlieb said. However, if daily new cases remain as stubbornly high as they are now, it could set the country up for a nasty fall season, he said.

“I think what happens is we get low-level spread all through the summer. We don’t really see cases come down a lot. We don’t see them go up a lot, and so all the benefits of what could have been a seasonal effect kind of get washed out by the fact that we’re doing more,” he said in an interview on CNBC’s “Squawk Box.” “We’re going to accept that, but that sets up risk for the fall.”

The U.S. continues to report nearly 20,000 new cases per day, Gottlieb said, as spread of the virus shifts from the hardest hit cities like New York and Detroit to other communities across the country. With new cases popping up all over and a still-constrained testing infrastructure, Gottlieb said the slow burn of cases could “seed” infections for another major fall outbreak. —Will Feuer

Disclosure: Scott Gottlieb is a CNBC contributor and is a member of the boards of Pfizer and biotech company Illumina.

Cases continue to rise in Eastern Europe, WHO says

A man seen in a street during a snowfall. Since 30 March 2020, Moscow has been on lockdown.

6:52 a.m. ET — As daily new cases continue to decline across Western Europe, hotspots in Russia and Eastern Europe continue to worsen, the World Health Organization said, according to Reuters.

“At the moment in Europe, in Western Europe, we are seeing a steady decline,” spokeswoman Margaret Harris told reporters. “It’s not speedy but there’s a steady decline in new cases being reported daily, so that means that the number of new cases are still significant but the number is coming down except for Russia and Eastern Europe where we are still seeing the rise.”

The coronavirus has infected more than 423,186 people in Russia and killed at least 5,031 people, according to data compiled by Johns Hopkins University. It is the third largest coronavirus outbreak in the world, behind only the U.S. and Brazil. —Will Feuer 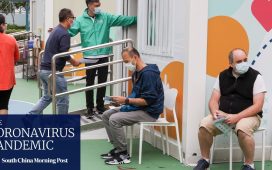 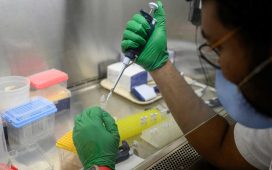 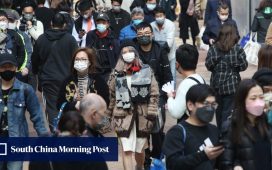 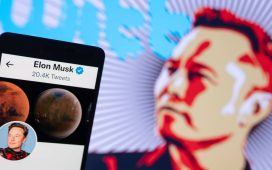 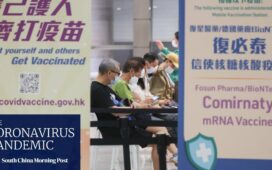 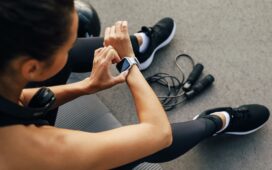 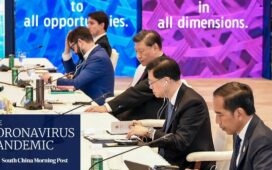