Could an ancient Nile Delta shipwreck be an environmental omen for modern-day Egypt?

LONDON: The very existence of the low-lying Nile Delta, created by sediment deposited by the mighty river even as it is eroded by the waters of the Mediterranean, has always been one of nature’s great balancing acts.

Now, as fears grow over the extent of the threat to Egypt’s coastline posed by climate change, a stunning new archaeological find from the sunken ancient Egyptian city of Thonis-Heracleion serves as a stark warning of the dangers of humankind and nature working in disharmony.

A ship, a rare example of a Ptolemaic galley, has been discovered by Franck Goddio, a French marine archaeologist who, working with Egypt’s Supreme Council for Antiquities, has been leading underwater excavations in Aboukir Bay for the past two decades.

Once Egypt’s most important port, predating the foundation of nearby Alexandria by Alexander the Great in 331 B.C., the ancient city of Thonis-Heracleion — a combination of its ancient Egyptian and Greek names — dates to the eighth century B.C. It was lost to the sea some 1,600 years later, after a series of natural disasters, including an earthquake and tidal waves, took a great bite out of the Egyptian coastline.

The city’s remains, painstakingly uncovered since 2000, are spread over 110 sq km of seabed, some 7km off the modern-day shoreline.

The loss of the ship would have been a cinematically spectacular moment. According to the Paris-based European Institute for Underwater Archaeology (IEASM), which was founded by Goddio, the recently uncovered vessel “sank after being hit by huge blocks from the famed temple of Amun, which was totally destroyed during a cataclysmic event in the second century B.C.”

The marine archaeologists discovered the ship had been moored at a landing stage along the south face of the temple when disaster struck. The heavy stone blocks that were the instruments of its destruction also proved to be the key to its survival for over 2,000 years.

“The fallen blocks protected these precious naval remains by pinning them to the bottom of the deep canal, which was then filled with the debris of the sanctuary,” said a spokesperson for the IEASM.

The galley, which lies under 5 meters of hard clay, its woodwork jumbled with the remains of the temple, was detected thanks to the use of cutting-edge technology: A prototype “sub-bottom profiler” that allowed the archaeologists to see what lay beneath the mud and buried blocks of stone.

What they found was a 25-meter-long rowing ship, which, with a flat-bottom and keel, was designed for navigation on the Nile and the shallow waterways of the delta. It was also equipped with a large mast step, suggestive of a tall mast and a large sail.

“Before this discovery, Hellenistic ships of this type were completely unknown to archaeologists,” said Franck Goddio. Preliminary research showed that the hull was “built in the classical (Greek) tradition … However, it also contains features of ancient Egyptian construction and allows us to speak of a mixed type of construction.”

In another part of the city, the archaeologists have also discovered a large submerged burial mound, “covered with sumptuous funerary offerings,” that dates back to the first years of the 4th century B.C.

This discovery, says the IEASM, “beautifully illustrates the presence of Greek merchants and mercenaries who lived in Thonis–Heracleion, the city that controlled the entrance to Egypt at the mouth of the Canopic branch of the Nile.”

Greek traders were allowed to settle in the city during the late Pharaonic period. There, they built their own religious sanctuaries, close to the huge temple of Amun, on the banks of a canal that ran through the city. These too were destroyed in the same cataclysmic event that toppled the great temple. Just as the two cultures once thrived side by side, the remains of their respective temples lie together in the mud at the bottom of the bay.

Archaeologists believe these and other buildings, which were discovered in pristine condition, slipped suddenly into the deep canal during a landslide. This was likely caused by several earthquakes, followed by tidal-waves “which triggered land liquefaction events (and) caused a 110 sq km portion of the Nile Delta to collapse under the sea, taking with it the cities of Thonis-Heracleion and Canopus.”

Today, Egypt faces an even greater, if somewhat slower-moving, environmental catastrophe than the one that swept away Thonis-Heracleion and Canopus. According to research over the past decade, the sea is not yet done with swallowing the delta.

Excluding Cairo, which sits at its southernmost end, the delta is home to over 40 percent of Egypt’s population and more than 60 percent of the country’s agricultural land. More than 12 percent of the delta is no higher than a meter above sea level. Another 18 percent, temporarily protected by coastal defenses, which also serve to divert problems of erosion further along the coastline, is actually below sea level.

The delta, the source of most of modern Egypt’s food and the backbone of the country’s economy, was formed and refreshed over millennia by the rich sediment carried down the Nile during the annual floods from the river’s origins south of the equator in the headwaters of the Blue and White Niles.

This timeless process of renewal was first interrupted in 1902 by the construction of the first Aswan Low Dam, and again more seriously in the 1960s by the building of the Aswan High Dam.

This, concluded researchers at Maryland University’s Department of Geographic and Environmental Systems, writing in the journal of the Geological Society of America in 2017, led to “a marked reduction of Nile water and sediment below the Aswan High Dam that can now reach the delta coast.”

Even as climate change is seeing the level of the Mediterranean rise inexorably, so the lack of sedimentary deposits is causing the delta itself to gradually sink — a problem, they added, “likely to be seriously exacerbated in years ahead by construction of the Grand Ethiopian Renaissance Dam (GERD).”

Ethiopia is even now pressing ahead with filling the GERD reservoir, despite a lack of agreement on how the process should be managed with its downstream neighbors, Sudan and Egypt.

And the delta is under attack on two fronts.

The vulnerability of the Nile Delta to rising sea levels was highlighted as long ago as 2010 by an environmental scientist at Egypt’s Mansoura University. Analyzing imagery from NASA’s 2000 Shuttle Radar Topography Mission, carried on board the Space Shuttle Endeavor, Mohamed E. Hereher concluded that a rise in sea levels of just 1 meter “would inundate more than a quarter of the Nile Delta area, while a 2 meter sea level rise should relocate the shoreline 60-80 km southward of its current position.”

Back in 2000, as Hereher wrote in the journal Geomatics, Natural Hazards and Risk, it was thought that the more significant threats to the delta were the “blocking of sediment delivery to the coast, possible increased rates of subsidence and the removal of coastal dunes.”

Then, the rate of rising sea levels was not considered a major concern. Thanks to the subsequent global research focus on climate change, however, that has changed.

In a paper presented at the Cairo Water Week conference in 2019, Egyptian researchers concluded that “climate change-related sea level rise has exerted significant impacts on coastal zones and Nile Delta is considered one of the most affected areas. (Potential) coastal inundation, destruction of infrastructure, land cover and displacement of millions of people are among several impacts of sea level rise in the Nile Delta coastal zone.”

The loss of the vital, life-giving land of the delta to the sea is a scenario that would have been painfully familiar to the inhabitants of the ancient cities of Thonis-Heracleion and Canopus, now mere memories preserved in the mud and rubble of a once great civilization.

The Hilti Foundation, a non-profit philanthropic organization based in Liechtenstein, has supported Franck Goddio’s marine archaeology in Egypt since 1996 with the motto: “Exploring the past to understand the present.”

As the story of the destruction of one of the glories of ancient Egypt emerges from the depths of Aboukir Bay, for modern-day Egypt those words carry a message of great urgency. 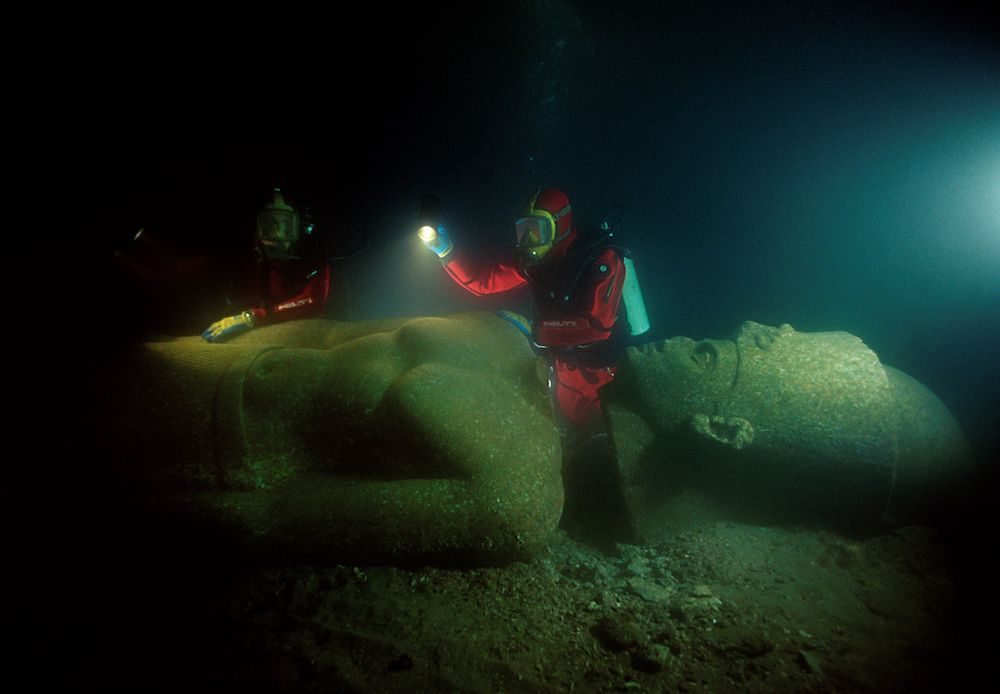 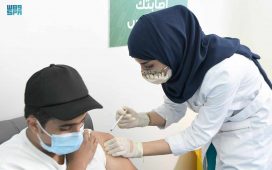 Lebanese patients’ deaths due to medicine shortages ‘will become common’ 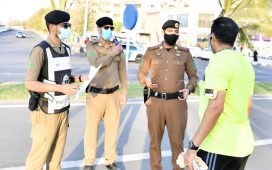 Over 12k held for residency, labor, border violations across KSA 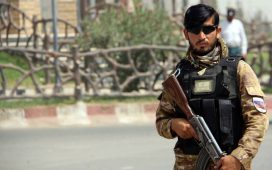 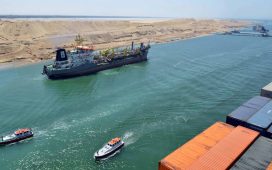 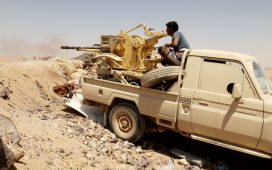