Singapore joined a string of countries restricting travel to and from a number of African destinations, following the detection of a heavily mutated variant of the coronavirus.

As scientists raced to find out if the B1.1.529 mutant was more deadly, transmissible, or capable of evading existing vaccines, the World Health Organisation (WHO) designated it a variant of concern and assigned it the Greek letter Omicron.

The term “variants of concern” indicate Covid-19 strains that pose additional risks to global public health. There are now five such variants, after the addition of the Omicron.

So far, the new variant appears to have been responsible for a sudden surge of infections in South Africa, accounting for an estimated 90 per cent of all new cases in Gauteng province, the epicentre of the new outbreak, said Dr Tulio de Oliveira, director of South Africa’s Centre for Epidemic Response and Innovation.

As at Friday (Nov 26), at least eight cases involving the mutated virus have been reported elsewhere — four in neighbouring Botswana, two in Hong Kong, and one each in Israel and Belgium.

The cases in Hong Kong, Israel and Belgium were linked to travellers who had recently been in South Africa, Malawi and Egypt, respectively.

The new variant has sparked international concern because of the unusually large number of mutations — 32 to the Sars-CoV-2 spike protein that is the main target of the body’s immune responses, and 10 on the ACE2 receptor that helps create an entry point for the virus to infect human cells.

“The concern is that when you have so many mutations, it can have an impact on how the virus behaves,” Dr Maria Van Kerkhove, the WHO’s technical lead on Covid-19, said. “It will take a few weeks for us to understand what impact this variant has.”

Many similar mutations found in earlier variants, such as the Alpha and Delta ones, were linked to higher transmissibility and greater ability to evade infection-blocking antibodies, scientific journal Nature reported.

A high number of mutations does not necessarily produce a more potent variant, though. Similar concerns were raised about an earlier variant found in South Africa but it was never listed as a variant of interest or concern, the Guardian noted.

“We can’t know if (new variants) will be bad… based on sequence alone… Lots of mutations do not necessarily mean very bad,” said Dr Angela Rasmussen, a virologist at the Georgetown University Centre for Global Health Science and Security.

“Variants of concern emerge in mostly unvaccinated populations… The lesson here is that vaccine equity is about more than just altruism. We have the tools to prevent potential new variants from emerging and we’ve failed to use them effectively,” she added.

The president of the European Commission Ursula von der Leyen urged Europe, which is facing a resurgence of the pandemic, to act “swiftly and decisively” in the face of the new mutation.

She called on member states to “activate the emergency brake on travel from countries in southern Africa and other counties affected to limit the spread of the new variant”.

Britain’s health secretary Sajid Javid described the new variant as “of huge international concern” and “may pose substantial risk to public health”, after his country banned flights from six African nations and sent returning citizens from those destinations into quarantine.

But British Transport Secretary Grant Shapps defended the move, saying that the B1.1.529 was “the most significant variant (scientists) have encountered to date in their research”.

Singapore will from Sunday ban all visitors with recent travel history to Botswana, Eswatini, Lesotho, Mozambique, Namibia, South Africa and Zimbabwe from entering or transiting through the Republic. Returning citizens and permanent residents will serve a 10-day stay-home notice at dedicated facilities.

The Philippines halted flights from South Africa and other affected territories until Dec 15.

Starting from Saturday, Japan is restricting travellers from South Africa and five other nearby countries, requiring them to spend 10 days in a government-designated facility upon arrival.

Taiwan also tightened its quarantine measures for people arriving from those destinations.

India instructed all of its states to rigorously screen all travellers from South Africa and other territories affected by the new variant, though it has yet to tighten border controls.

Both Australia and New Zealand said they were closely monitoring the situation.

Israel also moved to prohibit travel to the territories where the new variant has been found, and is considering halting flights from those areas as well.

The WHO, meanwhile, warned against hastily imposing new travel restrictions over the variant, adding that it “recommends that countries continue to apply a risk-based and a scientific approach when implementing travel measures”.

Global equities tumbled, with travel stocks among the biggest decliners.

The MSCI Asia-Pacific Index slid to the lowest level since early October, with gauges in Japan and Hong Kong leading losses in the region.

Europe’s equity benchmark was on track for its biggest drop in 13 months. In the US, the Dow fell 2.5 per cent in early trading, headed for its worst day since October last year.

US Treasuries, the yen and Swiss franc strengthened on haven demand. 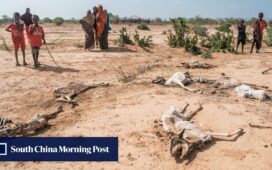 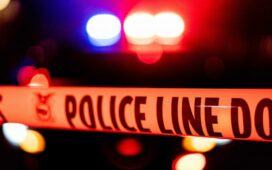 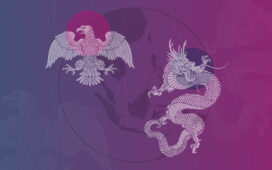 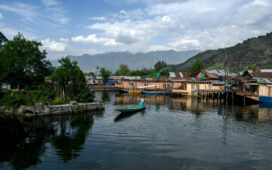 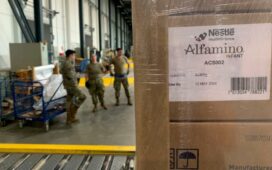 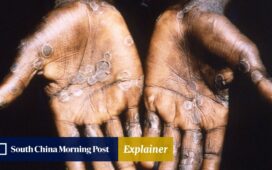