The 32-year-old marketing manager pictured herself walking down the aisle at sunset to marry entrepreneur Jimmy Yu, 34, and celebrating with their families and friends.

The wedding was set to take place last February, but the Covid-19 pandemic got in the way.

The couple are among thousands in Hong Kong who changed their wedding plans repeatedly through 2020, with some choosing to downgrade or postpone their big day indefinitely.

Those who decided to go ahead amid pandemic restrictions on gatherings opted for scaled-down ceremonies live-streamed online to family and friends, a far cry from Hong Kong’s tradition of large, lavish weddings complete with banquets at top venues.

The number of marriages fell sharply from 44,520 in 2019 to 28,161 last year, according to the Immigration Department. Of the total last year, 12,206 took place at a marriage registry, 14,562 ceremonies were conducted by a civil celebrant and 1,393 were at a licensed place of worship.

Tam and Yu chose to go ahead with the official ceremony last February, witnessed by close family members only. With deposits and other expenses totalling HK$500,000, the bride still hoped her dream wedding would take place.

“I wanted to keep everything for the actual day, so we still could have those touching moments and the speeches,” she says.

One year on, Part Two of her wedding has not happened yet, as wave after wave of Covid-19 infections through last year kept pandemic restrictions in place and big gatherings could not happen.

According to the Food and Health Bureau, wedding banquets cannot exceed 20 people, with no more than four people seated at the same table. No food or drink is allowed at marriage ceremonies, which also have a limit of 20 people.

Saying ‘I do’ in a hotel room

Sun, who has been officiating at weddings since 2006, says it became common last year for couples to split their weddings by getting married legally first and delaying their celebrations.

He conducted 400 ceremonies last year. With restrictions affecting restaurants and other venues, he says, couples chose to get married in places such as parks, people’s homes, his office or hotel rooms.

Finance industry employee Eki Lau, 31, and American teacher Ryan Marler, 32, expected the pandemic to be over in a matter of months when they set their wedding date for December 19 last year.

They made their bookings and paid deposits, but when it became clear that the pandemic was not going away and Marler’s parents would not be able to travel from the United States, they postponed  their wedding celebrations to November 28 this year.

But Lau still wanted to keep her December 19 date, considered auspicious in Hong Kong, so the couple booked a boat to hold their marriage ceremony with a small group of friends.

Then Hong Kong’s fourth wave of Covid-19 infections struck, and the boat event had to be called off. The couple finally held the ceremony in a hotel suite that cost HK$6,000 and had 12 people wearing masks, with Marler’s family watching via video.

It was a happy day, though nothing like what Lau had pictured.

“We could not even have a family dinner together, because dinner arrangements were not allowed. After we took some photos, I sent my family home. It was sad,” she recalls.

For their wedding dinner, the couple bought takeaway from a nearby restaurant to eat in their suite.

So hard to get refunds

After a year of postponements and uncertainty, some couples are no longer sure they want to go ahead with the big wedding bash. But getting their money back from deposits has proven hard.

Two weeks after Tam and Yu were married legally, Tam found that she was pregnant. She gave birth to their daughter, Arissa, in October.

That has made them re-examine their plans. The couple placed deposits for two venues for their wedding banquet, and their attempts to get a refund have proven frustrating.

Both venues were willing to hold their bookings until pandemic restrictions are relaxed, but claimed they were “unable to make any refunds”.

“I have given birth to a kid already,” Tam says. “Maybe I don’t want such a big wedding any more, but I cannot get a full refund.”

She is not alone. Last year, the Consumer Council received 233 complaints about wedding services, thrice the 76 complaints in 2019. More than half had to do with banquets.

The council told the Post it sympathised with couples whose wedding banquets had to be postponed or cancelled as this “may involve complications in seeking a deposit refund or even an incurrence of extra charges due to date changes”.

It urged vendors to be more flexible, but also advised couples to read the fine print of their contracts.

Eki Lau and her husband are still hoping to hold their wedding celebrations in November, and consider themselves lucky that their Sai Kung venue agreed to a postponement without any hassle or extra charges.

“At the beginning I was really upset. I really wanted a small, intimate wedding, to keep it low-budget with close family and friends, all on one day, but it is what it is,” says Lau.

She has found some support on a WhatsApp messaging group with more than 250 brides-to-be, some of whom have postponed their plans four or five times over the past year.

Though hopeful her wedding celebrations will happen this year, Lau adds that she does not want to be “overly confident”.

While couples lament their ruined plans, Hong Kong’s wedding industry as a whole has taken a severe beating through the pandemic.

Online lifestyle media and e-business company ESDlife estimates that the wedding market shrank by 46 per cent to HK$8.8 billion last year from the year before.

The Consumer Council knows this too, even as complaints from couples have piled up. It says: “Many businesses have been severely affected by the pandemic. Traders are suffering from immense pressure while trying to acclimatise to the fluctuating situation.”

One high-end hotel declined to comment and five did not respond when asked how many weddings had been postponed or cancelled since last year.

The Post learned of a case in which a couple stuck overseas and unable to travel to Hong Kong for their wedding got back only half of their HK$500,000 deposit at a top hotel.

The billion dollar industry includes event planners, photographers, musicians and make-up artists, all of whom have been affected too.

Photographer Denice Wong, who runs Binc photography, says most of her income comes from wedding and engagement shoots but her bookings fell from 150 to 170 a year to just 90 last year.

“We should be making bookings for new couples for 2021, but we have to reserve the dates for those who postponed their weddings,” she says.

On top of that, some couples who were planning to marry this year are not making any bookings because they are now unsure when the pandemic will ease sufficiently.

Wong says that in the past, 90 per cent of wedding bookings were for a full day, with her HK$22,000 package starting at the Chinese tea ceremony and going all the way through the dinner banquet.

“But even if you get two hours, you don’t complain,” says Wong.

The pandemic has put many weddings on hold, but British journalists Rebecca Bailey, 30, and Aaron Safir, 36, have their own story of how it sped up their plans to marry.

Both were working in London when Bailey was offered a job in Hong Kong last June.

But as the pandemic worsened, they realised they were staring at perhaps a year of separation as Hong Kong banned non-residents or people without work visas from visiting.

The couple brought forward their plans to marry so that Safir could apply for a dependent’s pass and join Bailey in Hong Kong. Their wedding was held on October 31 in Cyprus, where her parents live, with 12 guests.

Bailey arrived in Hong Kong on November 4, and Safir arrived on February 6 to start 21 days of quarantine at a hotel in Wan Chai.

Every day Bailey waves at him from under his window and sends up treats, such as a bottle of wine or an iced coffee.

The couple have been counting the days until he completes his quarantine on February 27.

“We have not had much time to really celebrate, to let the joy sink in﻿,” says Safir. 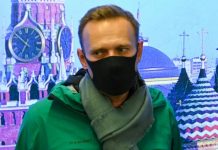 Mass protests called across Russia to 'save Navalny's life' 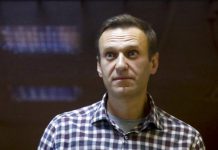 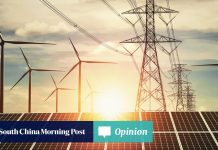 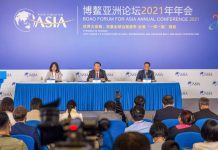 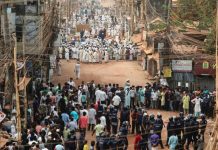 Bangladesh cracks down on Islamist hardliners after India PM protests

No masks, no worries — for now; Aussies preparing for Tokyo 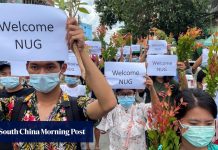 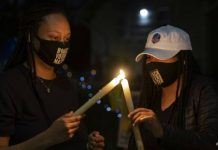 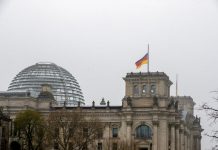 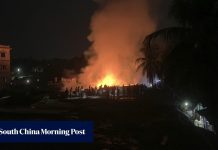 Bleak Ramadan for Myanmar’s Rohingya Muslims, in danger of further abuses by the military, analysts warn 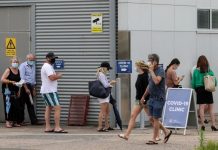