Around 1,000 officers from the city’s disciplined services — including police, immigration and customs officers– will be allocated to the centre next week, according to the Centre for Health Protection’s Head of Communicable Diseases Dr Chuang Shuk-kwan. Around 100 members of the personnel will be from the police force.

Chuang added that the amount of personnel allocated to the centre will be reviewed according to the situation and that officers will be provided with “on the ground training.”

“Contact tracing is a very important measure in fighting the pandemic. We hope to be able to identify cases as soon as possible,” Under Secretary for Food and Health, Dr Chui Tak-yi said.

The government has also confirmed plans to bolster the contact tracing scheme to trace secondary-degree close contacts of those who have tested positive for the coronavirus.

An inter-departmental committee headed by Chief Secretary Matthew Cheung has been formed to look into the matter, Chui confirmed, saying that more manpower and space was needed to implement the initiative.

Hong Kong reported 33 new infections on Thursday, four of which were imported. Five of the 29 locally transmitted cases were from untraceable sources. The figures are lower than half of the infections reported last Thursday as the fourth wave appears to be slowing down.

Chui called on members of the public to avoid non-essential gatherings despite the drop in figures. “Even though the cases are declining, I appeal to the public not to take part in unnecessary gatherings, to avoid crowded places and to wear a mask at all times,” he said, adding that the failure to do so will result in a “risk of a rebound.”

The under-secretary added that any relaxation of social distancing measures would be rolled out in a cautious manner. “We see a downward trend, but we have to be very prudent.” 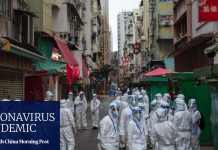 Hong Kong lockdown on course to lift early on Monday after nearly 7,000 tested; over 70 new Covid-19 cases due 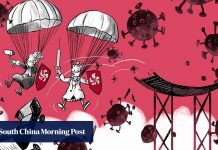 Coronavirus: why Covid-19 vaccination campaign is not a quick cure for Hong Kong’s ills 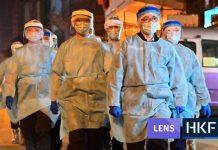 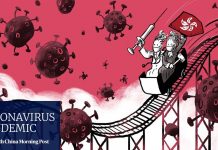 Coronavirus hits and misses in roller-coaster year for Hong Kong: horror cruise, rules fatigue and a call the health minister will never forget