Coronavirus social distancing measures in Hong Kong were relaxed on Thursday, allowing restaurants to resume dine-in services after 6pm with four people at each table. Diners are meant to use the government’s LeaveHomeSafe mobile application to track their visit using a QR code, but HKFP has found that many are unwilling to take part.

Restaurant owners in Mong Kok said that diners preferred to manually jot down their name and phone numbers instead.

Mrs. Lee, owner of a tea house, told HKFP that there were fewer customers since the implementation of the new requirement: “I think it’s because people don’t want to use the LeaveHomeSafe, and that’s why they would rather not eat outside,” said Lee.

According to one of her staffers, the tea house would usually receive over 100 takeaway orders per day, but they had yet to reach their daily average on the first day under the new social-distancing rules.

Mr. Li, the owner of a Japanese restaurant, said that his customers disliked both methods, when it came to recording their visit.

“They actually disliked writing their names down and don’t want to use the app either,” said Li. “They would rather order takeouts.”

Nevertheless, Li said that the new requirements do not affect his business, as his eatery is used to providing takeaway orders after a year of social distancing measures. He added that he does not expect business to improve significantly after the loosening of Covid-19 restrictions, as people are now accustomed to buying takeaway food.

When asked if he is concerned that the restaurant will be fined if diners refuse to cooperate, Li said that he could not force his customers to comply.

“We can’t control this, this is the right of our customers. We can’t force them to use the app.”

Mr. Kam, who was waiting for his takeout order when he spoke to HKFP, said that he was worried about privacy issues surrounding the LeaveHomeSafe app, but downloaded it anyway.

“I am worried about my personal information, but since it’s now a requirement, and it’s more convenient, I have no other choice,” said Kam.

He added that he was also worried that the government would impose more stringent requirements that would ask him to disclose more personal information: “But if they say so, we have to do it, there’s no other way.”

Managers of catering businesses who fail to display a QR code poster risk a maximum fine of $50,000 and imprisonment for six months.

One restaurant owner slammed the government’s policy as “bothersome,” and said that most of his diners would rather have their personal details written down manually.

“This is just disturbing to the public,” said Mr. Cheng. “If the government really wanted to control the pandemic with such measures, they should just make using the LeaveHomeSafe app compulsory, instead of letting the public choose and having restaurants do the job.”

He also questioned the effectiveness of the newly imposed requirement.

“There’s no way for us to know if the personal information the customers provided is genuine,” said Cheng. “How can we confirm that? Should we actually try calling the numbers?”

Last Friday, Secretary for Food and Health Sophia Chan sought to reassure app users: “The fact is there is no issue of data privacy because the data would just be stored in the person’s phone. There is no platform that collects the data.”

The terms of the app state that personal data “will not be kept longer than is necessary” for its purposes, but – if a user contracts Covid-19 – the data will be retained for seven years. Visit records are kept on the user’s mobile phone for 31 days before automatic deletion.

Should an outbreak occur, data collected from the app will be passed onto government departments for epidemiological investigations and contact tracing. It will also notify users if they were at risk of exposure.

‘Now I can take my time’

Despite the scepticism, some citizens and restaurants welcomed the government’s new measure.

Ms. Leung, who just finished her dinner inside a restaurant, told HKFP that she did not think LeaveHomeSafe was any different from other mobile apps.

“I don’t think privacy would be an issue, I use other apps that ask me to scan QR codes daily,” said Leung. “I think it’s actually better now, I eat out all the time, before tonight I had to rush to eat after work, but now I can take my time.”

Ms. Ng, a manager for a noodle shop, said that – while more customers asked to have their phone numbers written down – she thought that the requirement was still needed to help combat the Covid-19 pandemic.

“Some people don’t like using the app, and the measure does affect our business, but this is to protect ourselves and our customers,” said Ng.

She added that she had to teach a couple of people how to use the app as they entered the store.

Mr. Leung, who bought takeaway food from a congee shop, said that he did not use the app simply because he did not know how to install it.

“I will definitely use it if someone could help me install LeaveHomeSafe,” said Leung. “I’m not a criminal, I’m not worried about my personal information being accessed… I’m more worried about the fake QR codes that people have been making to try to fool the app, you don’t know what the codes do.”

She said it has already been downloaded over a million times.

Coronavirus: Hong Kong official defends safety of Sinovac jabs for elderly, insists city is committed to science when deciding who should be inoculated 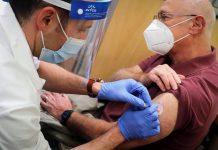 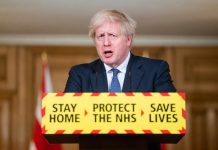 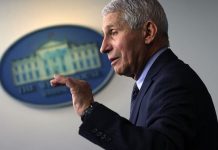 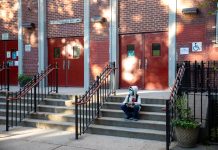 Bill Gates: This is what you — yes, you — can do to help prevent a climate change disaster 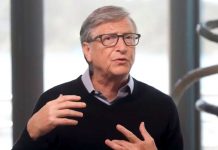 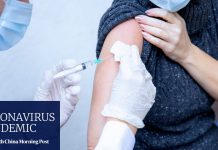