SINGAPORE authorities are reactivating the Public Health Preparedness Clinics (PHPC) programme, which will see Singaporeans and permanent residents with respiratory illnesses pay a subsidised rate of S$10 when they seek treatment at such clinics, as part of additional measures to reduce the risk of transmission of the novel coronavirus.

Senior citizens who are Pioneer Generation or Merdeka Generation will pay S$5 at the same general practitioner (GP) clinics.

“We have said that we are seeing the start of community transmission of the virus in Singapore, and that’s why today we announced this additional measure,” Lawrence Wong, National Development Minister and co-chair of a multi-ministry task force in response to Covid-19, said at a press conference on Friday evening.

In addition, the Ministry of Health (MOH) announced nine new confirmed cases, bringing the total number of cases to 67.

Even so, the government has no intention of raising its risk alert for Covid-19 from orange to red, under the Disease Outbreak Response System Condition, Gan Kim Yong, Health Minister and co-chair of the multi-ministry task force, said.

Mr Wong said that based on research, it is “clearly emerging” that Covid-19 is different from the severe acute respiratory syndrome (Sars).

“In fact, the transmission mechanism is closer to H1N1 or influenza … it is also the case that Covid-19, like influenza, can spread quickly,” Mr Wong said.

He said a comprehensive study by the World Health Organization of 17,000 patients shows that 82 per cent of patients have mild symptoms, 15 per cent have severe symptoms and 3 per cent have critical symptoms.

“It is not a mild illness at all, but certainly not of the severity of Sars,” Mr Wong said.

In contrast, Mr Wong noted that 10-20 per cent of the global population were affected by the flu pandemic of 2009, and more than 400,000 people in Singapore got H1N1 over the year.

A “significant number” of Covid-19 cases in Singapore had mild symptoms in the initial phase of infection, according to observations by the National Centre for Infectious Diseases (NCID).

The PHPC is thus another layer of defence so that the authorities can detect and reduce the risk of community spread, Mr Wong said, adding that there is no evidence of widespread community spread.

There are about 900 GP clinics in Singapore designated as PHPCs, and they were previously activated to deal with haze and the H1N1 influenza pandemic, Mr Gan said.

From Feb 18, they will be progressively activated to care for patients with respiratory symptoms, such as fever, cough, sore throat and runny nose, MOH said in a statement. Patients suspected to have pneumonia will be referred to hospitals for further tests and care.

Healthcare professionals have also been advised to provide medical certificates of five days for their patients with respiratory symptoms.

This comes as many of the local confirmed cases had continued to “circulate in the community” or go to work even though they were already ill, MOH said.

“Patients must recognise the importance of staying home when unwell. Mixing in large crowds, or continuing to go to work or school when ill, even with mild symptoms, will put others at risk,” the ministry added.

The coronavirus is no Chernobyl, but a wake-up call for China’s top-down autocratic rule 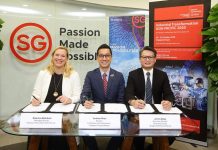 Industry 4.0 trade show to be held here for another 5 years 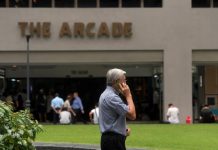 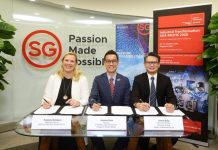 Coronavirus: Hong Kong No 2 official Matthew Cheung sorry for ‘misunderstanding’ caused by remark that epidemic was under control 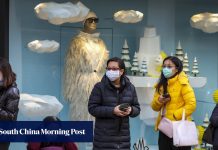 Coronavirus: Hong Kong government departments can directly purchase masks worth up to HK$10 million without tendering 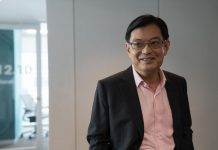 Not a Budget to be sniffed at; economy is in good hands 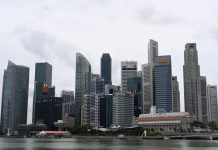