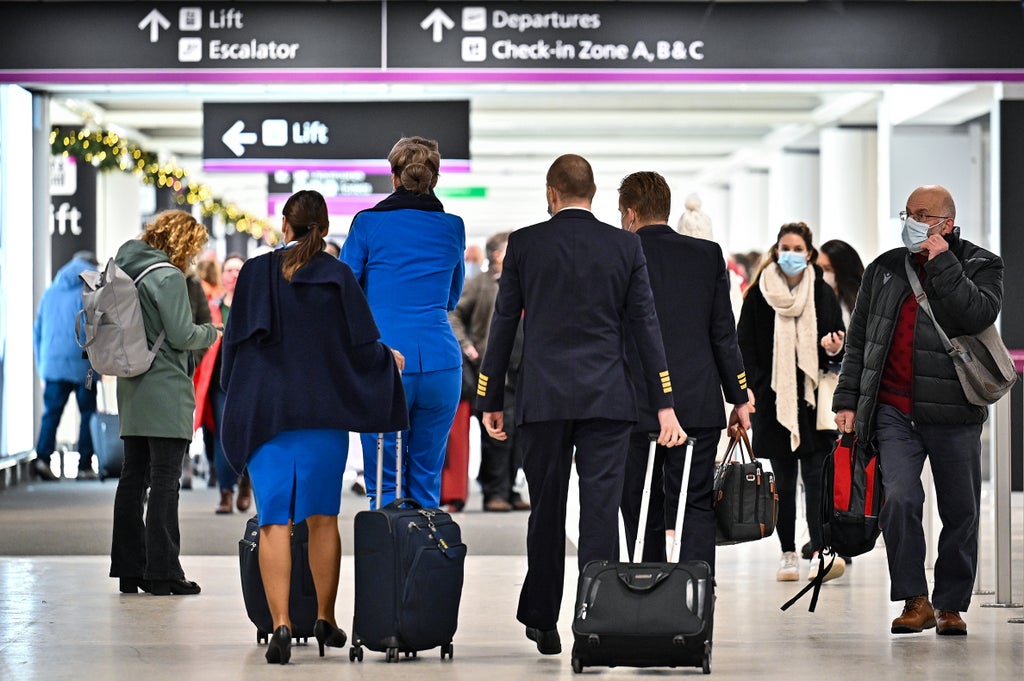 India’s leading doctors’ association has warned that the country could witness another devastating wave if additional measures aren’t introduced to prevent an outbreak of the omicron variant.

It has asked the Indian government to announce “additional” doses of vaccines for medical staff as the country is yet to take a decision on booster jabs.

“If we do not take adequate measures, we may have a massive third wave,” the Indian Medical Association (IMA) said. India has so far reported 23 omicron cases.

Meanwhile, the UK’s health secretary Sajid Javid confirmed that “community transmission” of the omicron variant is underway in the country. The announcement means cases are being detected in people who have no history of travel to southern Africa, where the new “variant of concern” was first identified last month.

It comes as more than 51,000 new Covid cases were recorded in the UK in the last 24 hours, including 90 new omicron infections.

The official data also showed that there were a further 41 people who had died within 28 days of testing positive for Covid-19. The figures tend to be lower on a Monday due to a lag in reporting data over the weekend.

China reported 94 new confirmed coronavirus cases on Monday, up from 61 a day earlier, its health authority said on Tuesday.

Of the new infections, 60 were locally transmitted, according to a statement by the National Health Commission, compared with 38 a day earlier.

The new local cases were reported by local authorities in Inner Mongolia, Heilongjiang, Yunnan and Zhejiang.

The country hasn’t reported cases of the new variant yet but authorities say they are ready to rapidly identify it.

“We have established the testing capacity for mutant strains to prevent and control omicron,” Yang Peng, an official at the Beijing Centre for Disease Control and Prevention, was quoted by SCMP as saying.

ICYMI: Only one in 10 Covid infections checked for omicron, says Javid

As few as one in 10 confirmed Covid cases are analysed for the omicron variant, health chiefs have admitted, as “community transmission” of the strain was confirmed.

Only half of UK testing facilities are able to carry out genetic sequencing of positive PCR tests, which is needed to identify the variant feared to be more transmissible and, to some extent, vaccine-evasive.

It means only 10-20 per cent of positive results are sequenced, although a further 10 per cent are assessed for the absence of the S gene, cases which are likely to be omicron.

The health secretary Sajid Javid acknowledged the gap in sequencing and told MPs he is “expanding” other omicron testing methods to all centres, but was unable to say when that will happen.

The admission came as Mr Javid said there were 336 confirmed omicron case across the UK – a number which is likely to be a severe underestimation.

Mr Javid told MPs on Monday that “multiple regions of England” were seeing cases of the variant that were not linked to international travel.

And he said he could not guarantee the variant would not “knock us off our road to recovery”, as he said the “the window between infection and infectiousness may be shorter for the Omicron”.

Earlier, Professor Paul Hunter, from the school of medicine at the University of East Anglia had warned the Omicron variant could be spreading faster than a previous variant, Delta.

Here are the highlights from the health secretary’s address:

Indian doctors warn of ‘massive’ third wave due to omicron

The Indian Medical Association has warned that India could witness a devastating third wave if additional measures, including boosters and faster vaccination, aren’t introduced as soon as possible to prevent an outbreak of the omicron variant.

“At a time when India is limping back to normalcy, this is a great setback. If we do not take adequate measures, we may have a massive third wave,” the top doctor’s body told a press conference.

“It’s important that all healthcare workers and frontline workers should be given vaccine booster doses to enhance their immunity,” the IMA president Dr JA Jayalal was quoted as saying.

India has reported 23 cases of the omicron variant so far after its first two cases were reported last week. Some of the cases relate to individuals who haven’t travelled abroad recently.

The body also demanded that the government expedite the proposal of vaccinating children over the age of 12. India has now vaccinated 50 per cent of its adult population with two doses, but is not currently considering rolling out inoculations to minors.

It means that only 34.6 per cent of India’s total 1.4 billion population has been fully vaccinated, with almost 60 per cent having received their first dose.

Good morning, and welcome to The Independent’s live blog covering the Covid-19 pandemic for Tuesday 7 December.