Only a trickle of tourists are visiting Japan two months after the government announced it would reopen borders that had been largely shut to foreign travellers for two years under coronavirus pandemic restrictions.

Analysts said that Japan, South Korea and Hong Kong’s insistence on maintaining coronavirus pandemic restrictions, such as quarantine and testing in some jurisdictions, had made the region a global outlier and slowed its tourism recovery.

“There is a stark contrast right now with [parts of] Asia in a different league than the rest of the world,” said Brendan Sobie, a travel industry analyst at Sobie Aviation.

Sobie added that tourism in south-east and south Asia had recovered faster as countries there had already dropped restrictions.

“A lot of tourists haven’t come back to the region, and they booked summer holidays before [restrictions started lifting], so there is a lag in getting tourists back,” he said.

Although Japan reopened its borders in June, it has struggled to attract foreign visitors with stringent travel guidelines that require visitors to be escorted by a guide “from entry to departure”.

The reopening also coincided with the country’s biggest coronavirus outbreak since the start of the pandemic, which was driven by the highly transmissible BA.5 Omicron sub-variant. Daily Covid cases in Japan have fallen below the 200,000 mark this week after topping 250,000 infections for the first time last week.

Despite a sharp fall in the yen, just 120,400 visitors entered Japan in June, fewer than in May and April when borders were still closed, according to the Japan National Tourism Organization.

Of those visitors, only 252 were tourists. Nearly 32mn tourists visited Japan in 2019.

Clara Pellham, director of sales at US luxury tour operator TCS World Travel, said there was very low demand for its escorted private jet tour of big cities across Japan, mainly because of confusion over the guidelines.

“Consumers and even travel advisers are not clear on . . . what other restrictions they might encounter once they get to Japan,” Pelham said.

“Japan will not be a competitive destination until some of those restrictions are lifted.”

Official numbers, however, may not provide a complete picture of how many overseas visitors have travelled to Japan, as the government has granted short-term visas to foreign nationals with “special exceptional circumstances”, such as weddings and funerals. 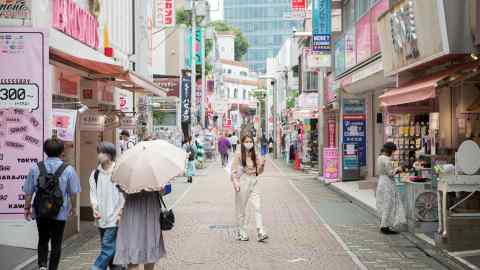 While China’s borders are still closed, Hong Kong started to allow international tourists to visit from May, but maintained a minimum seven-day quarantine, which was shortened to three days last week. The isolation has crushed the travel industry and plunged the Chinese territory’s economy back into recession.

“Our inbound [tourism] team is in hibernation mode. We have skeleton staff to handle inbound travellers,” said Lily Agonoy, managing director of Jebsen Holidays in Hong Kong. “Why would tourist come to Hong Kong if they have to be quarantined? Normally tourists only come for four to five days.”

South Korea is the “most open” of the north Asian destinations, according to travel analyst Sobie, but Incheon Airport only recorded 17 per cent of the passenger traffic compared with 2019 in the second quarter.

All inbound passengers to South Korea are required to take a PCR test within 24 hours of arrival.

In a bid to boost tourist numbers, Seoul city authorities announced this month that tourists from Japan, Taiwan and Macau would temporarily be allowed visa-free entry to South Korea for the rest of August. The average wait for a Japanese tourist to receive a Korean tourist visa is three to four weeks.

In April, Korea ditched all remaining social-distancing measures and downgraded Covid-19 to a “Class 2” disease, alongside conditions such as tuberculosis and cholera. 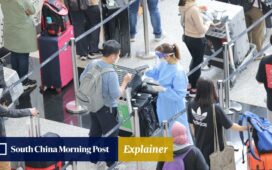 Hong Kong has dropped Covid-19 hotel quarantine after 2 years: here is all you need to know about how it got to this point 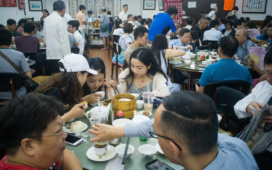 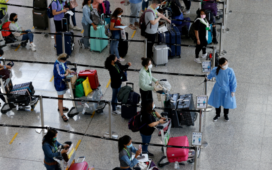 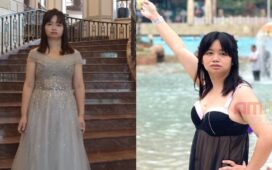 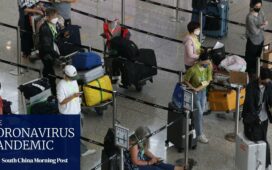 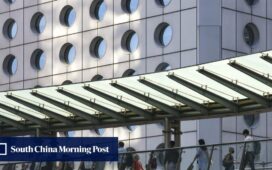