JERUSALEM — An allegation of gang rape at a Cyprus resort that produced a bout of national soul searching in Israel took a dramatic turn on Sunday with the release of the remaining teenage Israeli suspects and the arrest of the woman who accused them.

A dozen Israelis, ranging in age from 15 to 18, had been arrested in the case, in which a 19-year-old British woman said they had raped her in a hotel room in the Cyprus resort town of Ayia Napa.

Five of the suspects were freed on Thursday and returned to Israel. The others were freed on Sunday without conditions, according to their lawyers and the police.

The woman was arrested on charges of making a false accusation, according to a spokesman for the Cypriot police in Nicosia. She was due to appear in court Monday morning, he said by phone.

Neither the woman nor the suspects have been publicly identified.

According to law enforcement officials, the woman said she was gang raped on July 17, and the first details of the case emerged with the arrest of the Israelis and their subsequent arraignment in a Cyprus court on July 18.

The 12 Israelis were investigated on charges of rape and conspiracy to commit a felony, said Yaniv Habari, a lawyer representing three of the suspects. Speaking by phone from Cyprus on Sunday, he added that the police conducted DNA tests and seized 11 cellphones to examine videos and other evidence.

DNA tests indicated that three of the suspects had had some form of sexual contact with the woman, according to the lawyers for the detainees. But their clients said the encounter had been consensual. It was not clear how or whether the other nine suspects were involved.

Mr. Habari said that one of his clients had an alibi and another said that he had not been in the room where the alleged attack took place.

Lawyers representing the suspects told reporters that the 12 had traveled to the resort in the eastern Mediterranean in three separate groups that did not know one another.

The case has roiled Israel, where the reaction has revolved around concerns about victim shaming and about the pressures in Israeli society to prove manliness.

Israeli journalists descended on the resort. Experts were interviewed on radio and TV in Israel on the problems with machismo in the country, and posts on social media agonized about how to fix them.

Alona Peleg, a lecturer and expert on gender and sexuality at the Levinsky College of Education in Tel Aviv, said traditional perceptions of manliness were still prevalent in many countries but that in Israel, where youths are drafted at 18 for compulsory military service, “There is some added pressure to bring them up as brave soldiers.”

The parents of the suspects traveled to Ayia Napa and professed their children’s innocence. During a court hearing, the accused were filmed being led in handcuffs, and some of the suspects shouted that their accuser was a liar. One said his nose had been broken, though it was not clear when or by whom.

The hotel where those involved in the case had been staying, the Pambos Napa Rocks, advertises itself as an “adults only” apartment hotel that holds all-day and all-night parties around the pool. Witnesses said the British woman’s friends had beaten up the Israeli suspects before the police arrived.

After Israeli reporters emphasized that a few of the teenagers were on vacation before being inducted into combat units, and spread unsubstantiated rumors about the accuser, critics assailed the coverage as a biased attempt to win sympathy for the accused.

An Israeli nonprofit group, the Association of Rape Crisis Centers, wrote the accuser to express solidarity and offer support.

But then the case appeared to fall apart.

Nir Yaslovitch, a lawyer who represented some of the Israelis, told the news media on Sunday that video clips made by at least one of the Israelis had contradicted the accuser’s account. He said that when the investigators confronted her with the video and other inconsistencies in her testimony, she could offer no explanation.

Mr. Habari said, “It surfaced that her allegations were false, and that, in fact, there was never a rape.”

After the suspects were freed, their relieved families celebrated.

But Orit Sulitzeanu, director of the Association of Rape Crisis Centers, said that even if the suspects were cleared legally, ethical questions remained, including “what kind of consent” the woman had given. Given reports of heavy drinking, the Israeli youths may have taken advantage of the situation, she said.

The British Foreign Office said Sunday, “We are supporting a British woman and her family following her arrest in Cyprus, and are in touch with local authorities.” 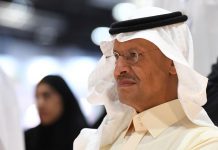 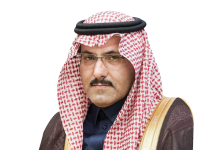 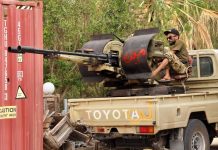 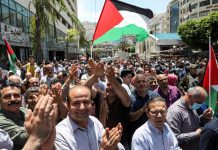 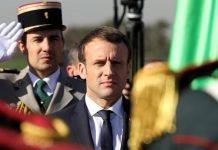 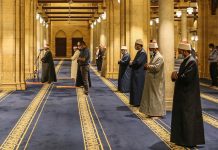 No children, no toilets: Egypt sets out mosque reopening rules 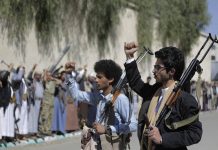 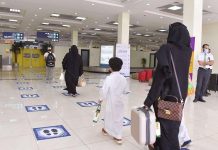