The populist Czech president remained in hospital on Monday as news sank in that Andrej Babiš, the billionaire prime minister, had suffered a shattering general election defeat days after the release of the Pandora papers and that Miloš Zeman, his main political champion, may be too ill to save him.

Zeman, 77 – whose constitutional powers invest him with a kingmaker’s role potentially allowing him to keep Babiš in office – remained in Prague’s central military hospital a day after being rushed there for emergency treatment for an unspecified chronic illness. Doctors said on Monday that they had stabilised his condition, although doubts persist about his future ability to carry out his duties.

Away from Zeman’s bedside, analysts pondered the reasons for Babiš’ unexpected defeat, which came just days after the release of the Pandora papers shone a light on his financial affairs. The result confounded pollsters’ surveys showing his populist ANO (Action for Dissatisfied Citizens) party with a lead of up to 5%. In the event, it lost the popular vote by less than 1% to the centre-right Spolu (Together) faction, which had painted the prime minister as a threat to democracy

Speculation that the Pandora papers – and their disclosure that Babiš had set up a network of offshore companies to buy a mansion and other properties in the south of France for £13m in 2009 – may have played a decisive role was fuelled by a Czech Television poll suggesting that 8% of ANO supporters switched to another party as a result. Babiš has denied any wrongdoing.

The revelations, published four days before the poll, dominated the Czech news for days afterwards, undercutting Babiš’ normally effortless ability to dictate the media agenda through his ownership of two of the country’s leading newspapers and its biggest commercial radio station. Even papers in the MAFRA group, the publishing house that is part of Babiš’ multi-sector Agrofert conglomerate, found they could not ignore the story. Babiš has protested his innocence of any illegalities.

The prime minister denounced the Pandora leak as deliberately calculated to hurt his electoral chances, even though he was just one among many international figures identified in the papers.

Analysts believe the leak may have added to a cumulative effect of mounting financial controversies attaching to Babiš, including the allegedly fraudulent acquisition of European small business funds to develop Stork’s Nest, a business and conference centre outside Prague, and conflict of interest probes launched by the European Commission into grants obtained by Agrofert.

“I think the Pandora Papers might have played some role,” said Jiří Pehe, a Czech political analyst. “If you look back, it’s one scandal after another with Mr Babiš and perhaps even his own voters might have thought, ‘this is enough’. It may have affected the vote by one or two per cent and because it was a very close election, that might be significant in the terms of the final result.”

That loss of support was compounded by the fate of the two minority parties that kept Babiš in office, the Social Democrats (CSSD), ANO’s junior coalition partner, and the Communists (KSCM), which voted with the government in parliament. Both parties failed to pass the 5% vote threshold needed to enter parliament.

For the Communists, successor to the party that ruled Czechoslovakia throughout the cold war, it was the first time since they were formed a century ago that they had failed to enter parliament.

See also  Former F1 champion Nico Rosberg calls for governments to ‘up their game’ on climate change
Share on FacebookShare on TwitterShare on LinkedInShare on Reddit
asianewsdayOctober 11, 2021 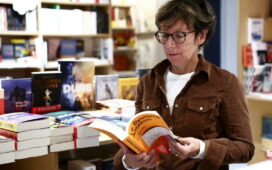 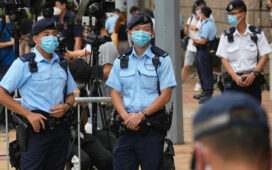 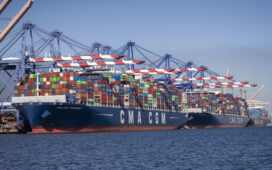