Every year, the National Day Parade (NDP) brings us new memes and iconic moments, but nobody could have predicted that a whole group of Generation Zs and younger millennials would go wild for NDP 2022 creative director Adrian Pang this year.

A user commented under a TikTok video posted on Monday (Aug 8) by The Straits Times featuring the local theatre and TV star: “Seeing everyone start simping for Adrian Pang was not on my 2022 bingo card.”

The video shows Adrian stepping on the phone wearing one outfit before revealing a new outfit and panning to the Float at Marina Bay, where the NDP festivities took place. The clip has received almost 230,000 views and 300 comments.

Another user commented that they “can’t believe [they had] lived long enough” to see Adrian do a so-called “TikTok transition.”

“Hear me out,” many of the comments read, a tongue-in-cheek way of saying that they wanted to make an argument for why they found Adrian attractive, among a variety of colourful responses.

“Dude’s probably as old as Singapore but ok, I’m hearing y’all out,” one user retorted. They were not too far off, as Adrian is only a year younger than our nation, having turned 56 in January this year. 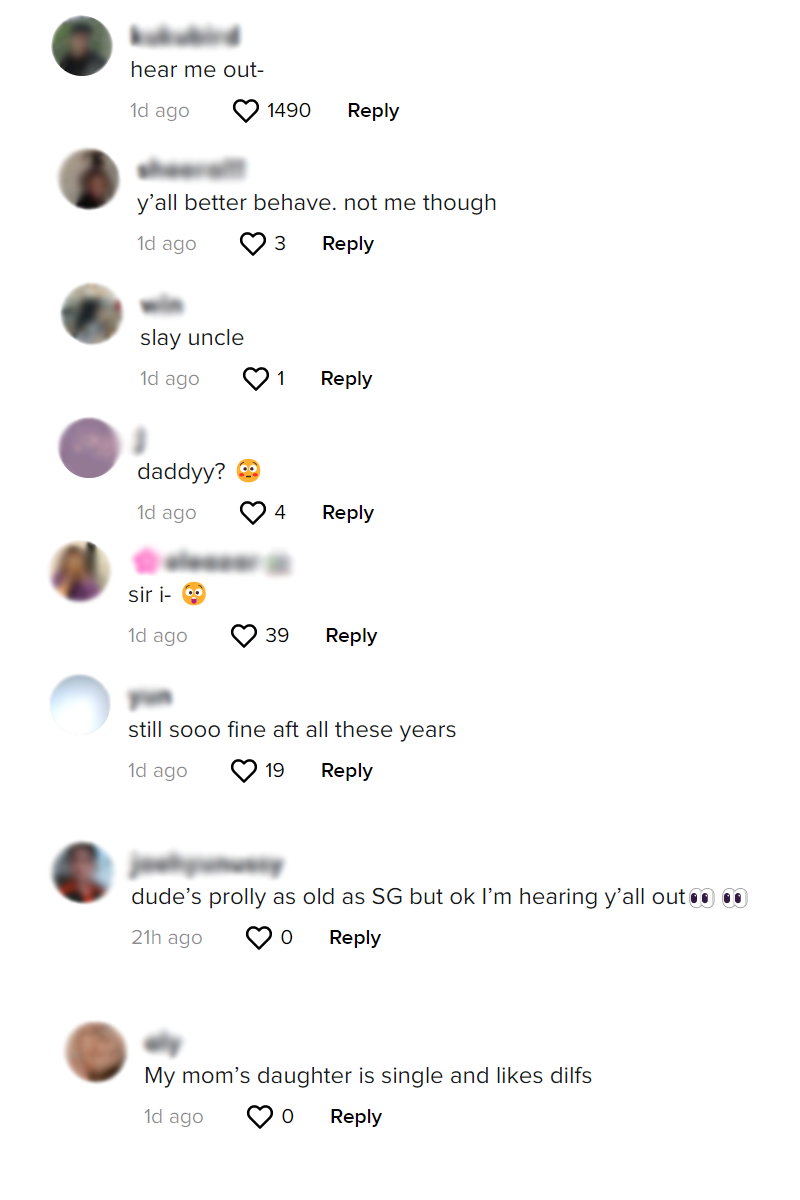 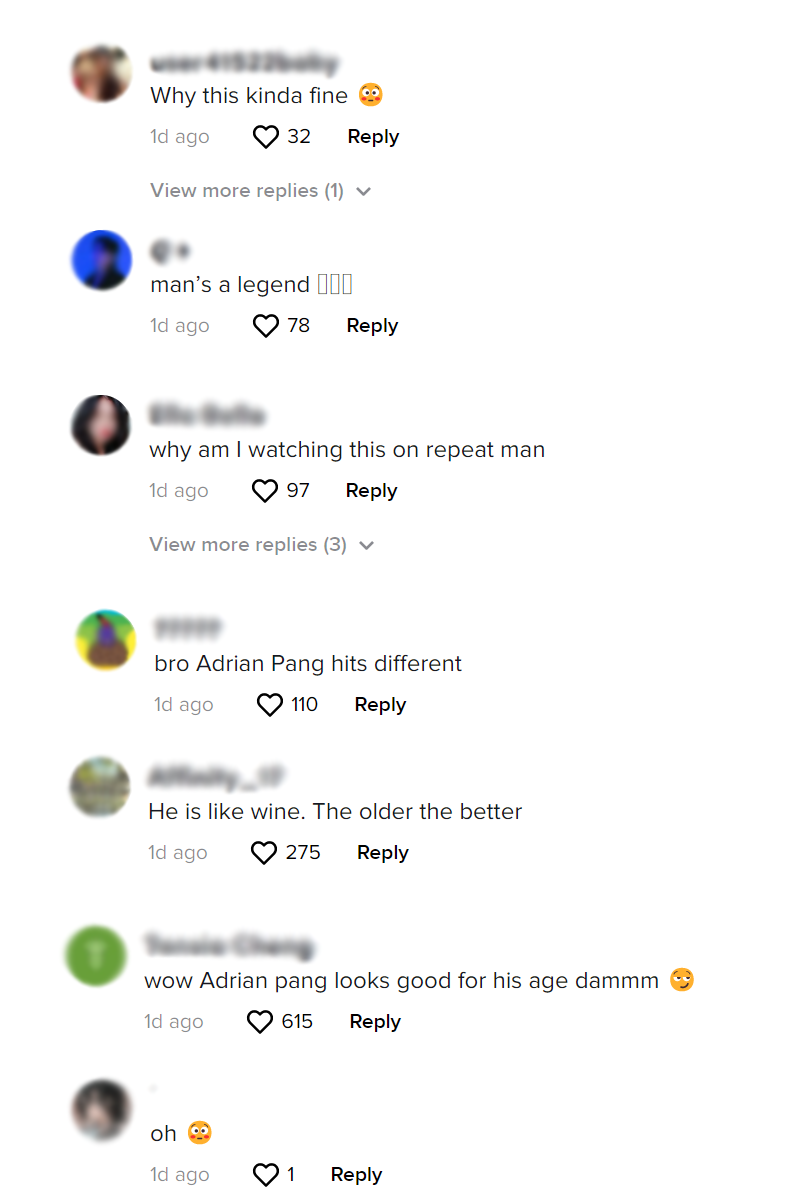 Many long-time fans of Adrian were in the comments as well, with one writing that watching Adrian do topless pull-ups in a play had caused him to “question things”.

TikTok user wandawjm made a fan edit of the video, akin to those K-pop fans create for their idols, with people in the comments joking about playing the song Daddy Issues by The Neighbourhood to reflect their attraction to Adrian.

Thirsty comments ranged from “Do I have a thing for old people now?” to “Bro is Asian Johnny Depp”.

It was not all simping over his rugged looks, however, as many netizens had praises to sing for his direction of NDP 2022.

A Redditor was impressed by the inclusion of the song You Will Be Found from Dear Evan Hansen, a Broadway musical about mental health and suicide issues, performed by Aisyah Aziz.

In an interview from October 2021, Adrian spoke candidly about his struggles with depression during the Covid-19 pandemic, and to see him spotlighting mental health issues left the audience heartened.

As one Twitter user aptly put it: “Unless Adrian Pang directs the NDP again, NDP 2022’s show segment might be hard to match.”

If you can’t get enough of Adrian, catch him in The LKY Musical at the Sands Theatre, Marina Bay Sands, starting Sept 7. Watch out for AsiaOne’s video interview with him and Kit Chan, who play Mr Lee and Mrs Lee Kuan Yew respectively, which will be published Aug 12.

ALSO READ: Singapore TV and theatre stars reminisce about their favourite local shows and movies from childhood to present

See also  Jude Law not worried about losing his hair
Share on FacebookShare on TwitterShare on LinkedInShare on Reddit
asianewsdayAugust 10, 2022