Angel Chan is more cautious about where she takes her two children, aged three and five, to play these days.

“Police have thrown teargas all over the city – some of my friends say their children have come out in rashes,” Chan said. “I simply don’t know where to find a safe spot any more.”

Chan is just one of many Hong Kong parents anxious about the harmful effects of teargas on their children. The Hong Kong Mothers group said last week it had collected 1,188 complaints, including about skin allergies and coughing, with the youngest victim being just two months old. They have urged the government to reveal the chemical composition of the teargas used by police.

During Hong Kong’s six-month political crisis, which has escalated into violent confrontations between protesters and police, about 10,000 canisters of teargas have been fired by police across almost every district of this densely populated city.

The recent sightings of dead birds in several districts where teargas canisters have been fired, and news that a frontline reporter has been diagnosed with chloracne, a skin disease linked to dioxin exposure, have sparked a health scare over the harmful effects of the noxious gas on the health of Hong Kong’s population.

So far, the government has said there is no evidence to suggest that teargas poses major public health and environmental risks. However, it refuses to release the chemical composition of the teargas used by police, saying it would compromise their “operational capability”.

Hong Kong’s welfare secretary insisted in the legislature on Wednesday that teargas was less harmful than firing up a barbecue and only caused mild respiratory and skin irritation.

“For the dioxins resulting from teargas, I think it has been found from literature that it is minimal or even non-existent,” Law Chi-kwong said in response to lawmakers’ enquiries over fears of the effects on health. Echoing other officials, he said protesters burning plastic road barriers would have been one of the biggest causes of toxic dioxins in the city’s air, the public broadcaster RTHK reported.

Sophia Chan, the secretary for food and health, also told the legislature that the Environmental Protection Department had not found any anomalies in the particulate matter (PM) levels recorded at monitoring stations near the areas where teargas had been launched. “This shows that teargas does not cause any significant increase in the PM concentration in the area,” she said.

According to the World Health Organization, dioxins are highly toxic and can cause reproductive and developmental problems, damage the immune system, interfere with hormones and cause cancer.

Dr Kenneth Kwong, a retired chemistry lecturer at the Chinese University of Hong Kong, said he was particularly concerned about the use of Chinese-made teargas as it burned at a higher temperature than that made in the west and the compounds it contains, which include chlorine, organic matter and metals, can turn into highly toxic dioxins.

After several western countries stopped exporting teargas to Hong Kong, including the UK, police said in October that they had been procuring it from China.

Kwong said dioxins accumulated in human bodies and cannot be removed. “The government should show us evidence rather than making us guess,” he said.

Members of the public and lawmakers are frustrated with the government’s opaqueness and have urged it to come clean to restore public confidence.

“They are not telling us what the gas’s composition is and expect us to think everything is OK. Do they think we’re stupid?” said Angel Chan.

Lawmaker Kenneth Leung said the government was doing itself a disservice by failing to allay public fears. The health scare could escalate into another political crisis, he warned.

“A public health issue is turning into a political issue. It is only deepening people’s mistrust in the government and adding to their discontent,” he said.

A paper published in the medical journal the Lancet in October, co-authored by Emily Chan, a medical professor at the Chinese University of Hong Kong, said teargas deployed at metro stations, around shopping centres and in high-density residential areas could expose people to high concentrations of teargas for prolonged periods but “minimum efforts have been made to provide decontamination guidelines and health protection”.

Current and former members of the government’s advisory council on the environment have issued an open letter urging the city’s leader, Carrie Lam, to assess the potential public health implications of the extensive use of riot control agents and look for ways to de-escalate the current crisis to cut down the use of the substances.

READ  NBA commissioner Adam Silver: ‘We will protect our employees’ freedom of speech’ 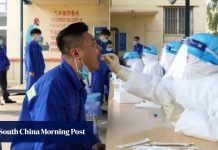 Coronavirus: 178,000 people given the all-clear in mass test sparked by asymptomatic port workers 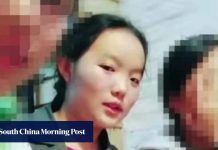 In China, a drunk student drowns and the man who tried to stop her is jailed

Is China behind Pakistan’s plan to annex Kashmir’s Gilgit-Baltistan?

Could a coronavirus test be as simple and fast as a pregnancy test? 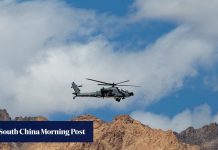 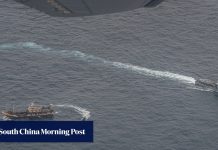 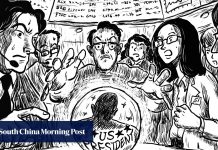 US elections: Who is better for the stock markets of China and Hong Kong, a Democrat or Republican president in the White House?