Demi Lovato objects to calling extraterrestrials ‘aliens’: ‘It’s a derogatory term for anything’


Demi Lovato recently objected to calling extraterrestrials “aliens” and prefers to call them “ETs” instead.

In an interview withE! News, Lovato responded to fan speculation that they have a new unreleased song called “Aliens”.

Denying the rumour, the singer said their fans should know that Lovato doesn’t call them “aliens” because it’s a “derogatory term for anything”.

Lovato, who is currently promoting the four-part docuseries Unidentified with Demi Lovato, also made their stance on the subject known in an interview with Australian news outlet Pedestrian TV.

Unidentified follows Lovato, sister Dallas, and friend Matthew on a quest across the US to uncover the truth about UFOs.

While discussing the Peacock show, Lovato said Unidentified was a “natural next step” at a time when they were “dipping their toes into a lot of different waters”, considering they have been a “believer” their whole life.

Lovato added: “I wanted to film everything that goes down when I go and search for these UFOs so that my fans can come along for the ride.”

When asked if there are any common misconceptions about extraterrestrials or UFOs that bother the singer, Lovato said people need to stop treating “ETs” like they’re “harmful” or seeking to take over the planet.

After that, they reiterated their position on the correct way to address aliens.

Lovato said: “I think that we have to stop calling them ‘aliens’ because ‘aliens’ is a derogatory term for anything. That’s why I like to call them ‘ETs’! So yeah, that’s a little titbit. A little information that I learned.”

In a clip from the docuseries, the Disney star attempts to make contact with extraterrestrials by singing the lyrics to their 2011 hit “Skyscraper”.

Lovato tweeted the teaser on 1 October and said: ““What’s better than a standing ovation from ETs? I’ll wait…”

“Demi Lovato aliens” began trending on Twitter soon after, and people’s reactions ranged from disbelief and bewilderment to mockery.

Piers Morgan also retweeted the news, with the caption: “For f***’s sake”.

Some users pointed out that jokes about Lovato finding the word “alien” offensive were thoughtless, considering the “derogatory” term is sometimes used in the context of immigrants.

One user wrote: “You know the internet is a bunch of no thought bandwagons, when they get mad & mock Demi Lovato for choosing to be more self-conscious about using a term that has turned into a racist derogatory one. Or did y’all think immigrants are called “aliens” cause they think they’re cool?”

Others recommended watching Unidentified, with one person describing the programme as “pretty dope”. All episodes of Unidentified with Demi Lovato are available in the UK on hayu. 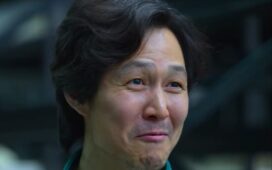 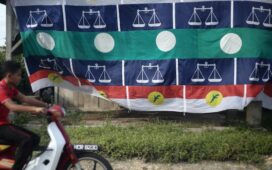 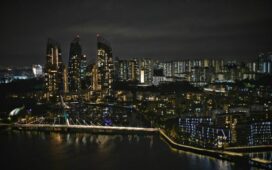