Florida governor Ron DeSantis has said he regretted not making his opposition to Covid restrictions imposed by Donald Trump in March 2020 “much louder”.

Mr DeSantis, who has been billed as a future replacement for defacto Republican Party leader, said he disagreed on a number of issues with the former president when Covid broke out.

“I never thought in February, early March, that (Covid) would lead to locking down the country,” he told the hosts of a conservative podcast, Ruthless, in an episode released on Thursday. “I just didn’t. I didn’t think that was on the radar.”

Mr DeSantis went on to say “people like” Dr Anthony Fauci, who was appointed to Mr Trump’s White House coronavirus task force, had encouraged him to consider a national emergency declaration and effective shutdown of the United States in March 2020.

While that decision was welcomed by scientists – and Mr Trump went on to boast about saving “millions of lives” – many Republicans including the former president and Florida governor recoiled at an extended shutdown of the economy into 2021.

The Trump administration’s measures included advice on working from home and social distancing, to a ban on international travel to and from China and Europe.

“I was probably the first governor in January of 2020 to call for travel restrictions from China. I supported President Trump when he did that,” Mr DeSantis said. “But we have to take a step back and acknowledge that those travel restrictions just didn’t work.”

Although the Republican governor became the first to announce a ban on Covid restrictions last year, he has largely avoided calling on Floridians and Americans alike to get vaccinated against the virus – and last week caught the ire of Mr Trump.

The former president told reporters last week that lawmakers who refused to reveal their vaccination status were “gutless”, in what many likened to an attack on Mr DeSantis.

“DeSantis and his staff knew what they were doing,” a Trump aide told CNN following the interview with Ruthless on Sunday. “How many Florida general election voters are listening to the Ruthless podcast?”

“Now, that said, they might have been hoping for more out of Ron, because, let’s face it, he didn’t really criticise Trump. But they knew the media would instantly jump on it and wish-cast it into existence.”

It comes as both Mr DeSantis and Mr Trump are subject to reports of an alleged feud between the pair, and the top two contenders for 2024 and the Republican presidential nomination. 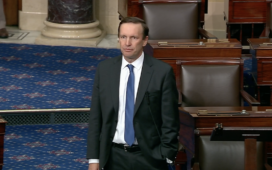 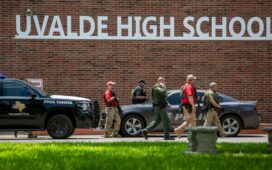