Discord is paying for teens to give each other compliments

The Discord app is seen on an iPhone in this photo illustration in Warsaw, Poland on April 3, 2021.

We’ve been here and done this before when it comes to social media: a new, fast-growing app is providing a way for online users to share inspiration and encouragement. At some point in most social media companies’ histories, dating all the way back to Facebook’s role in global “democratization” during Arab Spring, early social media success has been focused on positive effects.

The world has come a long way since Arab Spring and through many reckonings with both the benefits and risks of social media, including the potential health and wellness impacts on teenagers. Seattle Public Schools’ recently filed lawsuit against TikTok, Meta, Snap and others alleging a youth mental health crisis caused by social media.

Social media is also facing one of its greatest legal challenges ever, with the Supreme Court poised to review whether Section 230 statute of the Communications Decency Act should provide these companies with immunity from user content liability claims, as has been the case throughout their rise.

“Gas is all about uplifting and empowering each other through positive affirmations. Its tremendous success shows the opportunity that exists in creating a playful yet meaningful place for young people,” Discord stated in a blog post about the deal. Terms of the deal were not disclosed.

Gas allows users to anonymously share compliments with one another via polls, or as TheVerge noted in a report on the deal, “The app is designed for anonymous compliments and positive affirmations or, as kids say, gassing your friends up.” 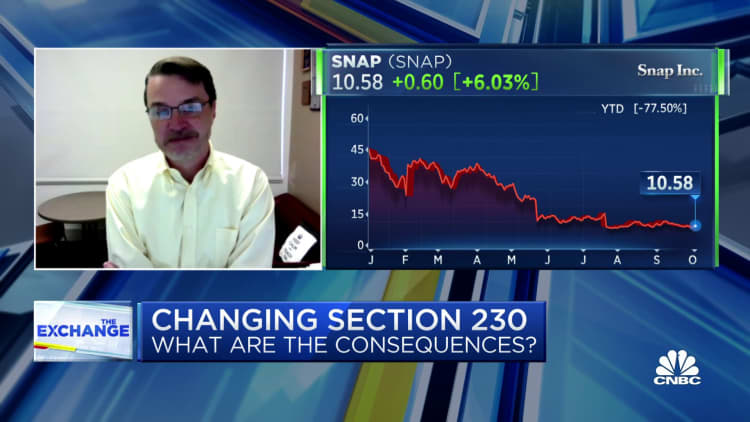 If you have not heard of Gas, it did not come out of nowhere. Its founder Nikita Bier previously sold tbh, another poll-based app, to Facebook in 2017, but the app was shut down in less than a year due to low usage. Nonetheless, Discord said in the blog post that “Gas’ founders have a proven track record of creating exciting apps and experiences.”

Snapchat’s platform has feature multiple anonymous polling apps, including Yolo and LMK, where users can ask questions to their friends who can then answer anonymously — and also turned out to be far from immune to abuse. Last year, Snap banned anonymous messaging apps.

While anonymous features can pose a specific form of risk to user safety and increase harassment, Gas says it avoids these obstacles by polls consisting of Gas-approved compliments. These compliment prompts prevent users from creating their own polls or sending direct messages, which could include harmful content.

Gas itself explains in its app description that, “Gas is where friends tell you what they love about you. And no, they won’t dunk on you like other anonymous apps. How it works: 1) Join your school 2) Add friends 3) Answer polls 4) Get flames when picked.”

Discord has had its own share of safety issues associated with its success among a younger demographic, with increasing harassment reports on the platform in recent years. The company has been investing heavily to combat this problem, acquiring Sentropy, an AI-based software company focused on fighting abuse and harassment online. Its latest transparency report, published in December 2022, the company said it had disabled 42,458 accounts and removed 14,451 servers for child safety violations during the third quarter of 2022, a 92% decrease in the number of accounts disabled when compared to the previous quarter.

Entering the social app scene in 2015 as a platform for video game players to chat with one another, Discord has been expanding beyond its roots as an alternative to spotty Skype chats for gamers. The two-time CNBC Disruptor 50 company, has moved beyond its predominately gaming-based uses, with a more general use case voice chat platform and live stream capabilities, while also allowing users to monetize their servers.

As social audio boomed, Discord released Stage channels in 2021, giving users a new way to organize and host large audio events. In July, it released Threads, a way to branch a conversation off of a channel’s main feed without removing it from the channel. The company also has premium membership features, allowing creators and community owners to require a subscription to access all or part of their server, tiered perks, and view analytics on member engagement.

Microsoft was reported to have made a bid for the company at one point, though no deal was reached.

Discord, unlike the first generation social media giants, does not make money from advertisements, and that gives it something else in common with Gas beyond a focus on a younger demographic. Gas has gained its almost $7 million in user spending through paid subscription features like “God Mode” which provides users with hints on who gave them compliments.

For the time being, Gas will operate as a standalone app, but this doesn’t rule out the potential for polls to become a new method of communication on Discord.

“We’re always working to create an inclusive world where no one feels like an outsider and we’re excited to welcome Gas to the Discord community as our next step to fulfilling that vision,” Discord said in the blog post.

One of the toughest tasks the companies will find, as many social media apps have before — keeping the story positive.

CNBC is now accepting nominations for the 2023 Disruptor 50 list – our 11th annual look at the most innovative venture-backed companies. Learn more about eligibility and how to submit an application by Friday, Feb. 17.