Saudi dissidents have expressed anger and disbelief that while the US has officially confirmed the long-suspected view that Saudi crown prince Mohammed bin Salman “approved” the killing of journalist Jamal Khashoggi, he will escape punishment. A declassified intelligence assessment, released on Friday, concluded that the heir to the throne “approved an operation to capture or kill Khashoggi”.

This was quickly followed by a state department announcement of sanctions and visa bans for 76 Saudis, which stopped short of penalising Prince Mohammed.

Joe Biden’s decision to release the report in the first weeks of his presidency fulfils campaign promises to reassess ties with Saudi Arabia after critics accused Donald Trump of ignoring gross human rights violations such as a sweeping crackdown on activists, and the war in Yemen. Biden, however, is seeking to sideline Prince Mohammed, without completely breaking off one of the US’s core relationships in the Middle East.

Friday’s news caused shock in the region, with social media networks such as Twitter and Clubhouse lighting up through the night as exiles debated how much the US opprobrium would help in the fight for freedoms in the country.

The exiled Saudi opposition National Assembly party, said “true justice for Khashoggi and others facing similar risk” would mean following the recommendations of a UN inquiry into Khashoggi’s death, including pursuing criminal prosecutions in the US and using harsh Magnitsky-style sanctions on those responsible.

Amrit Singh, a lawyer with Open Society Justice Initiative who filed a lawsuit to have the intelligence report released, said: “It is unconscionable for the US government to let the murderer-in-chief – the crown prince – walk free from punishment.

READ  Privacy should be top priority of cybersecurity, say experts at a Saudi-led webinar

“The failure to hold the prince immediately accountable makes a mockery of [secretary of state] Antony Blinken’s statement that the US is placing democracy and human rights at the centre of foreign policy.”

One exiled Saudi told the Observer he believed the administration’s actions amounted to convicting a man of murder, but then allowing him to walk free. “I am disappointed, but it is early and we expect more to come,” he said.

Khashoggi, 59, a journalist who broke with Saudi Arabia’s ruling elite and moved to the US in 2017, visited the Saudi consulate in Istanbul in October 2018 to obtain documents for his planned marriage to Turkish national Hatice Cengiz.

Audio recordings and other evidence gathered by Turkish authorities indicated how a team of Saudi agents, who had arrived in Istanbul the day before on state-owned planes, subdued, killed Khashoggi and then dismembered his body.

Turkish investigators are now focused on a large tandoor-style oven on the consulate’s premises as the most likely place his remains were disposed of.

Riyadh eventually admitted Khashoggi was killed, saying it was a “rogue” extradition operation gone wrong, but denied any involvement by the crown prince. Five men sentenced to death in Saudi Arabia for the murder had their sentences commuted to 20 years in prison after being forgiven by the victim’s family, after legal proceedings that UN special rapporteur Agnès Callamard denounced as “a mockery of justice”.

Khashoggi was far from the only dissident abroad targeted by Saudi authorities: evidence of several other extraterritorial abductions, attempted abductions and death threats aimed at Prince Mohammed’s critics have emerged since his death.

Ahmed Abdullah al-Harbi, 24, a Saudi activist living in Montreal, disappeared last month, sparking panic and fear among his associates, only to resurface in Riyadh three weeks later having deleted all evidence of his previous activism from social media. His Twitter account now features a picture of Prince Mohammed.

Friends and fellow activists have said they fear he was coerced into returning home after threats were made against family members in the country.

“The administration’s rationale [in not targeting Prince Mohammed] is that by sanctioning all of the prince’s aides and associates, he will get the message,” said Sarah Leah Whitson, executive director of Democracy for the Arab World Now, the organisation founded by Khashoggi shortly before his death.

“But 17 Saudi officials were sanctioned at the time of Jamal’s murder, including his right-hand man Saud al-Qahtani, and he has continued to threaten and kill dissidents abroad.

“The US has sent a clear message here that it doesn’t matter how terrible your crimes are: if you’re important enough, there will be impunity.” 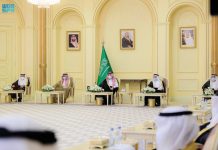 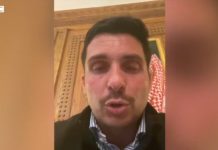 Former Jordanian crown prince says he is under house arrest 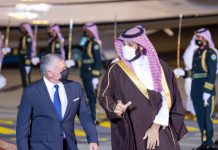 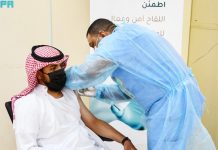 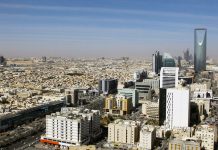 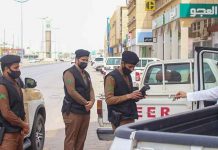 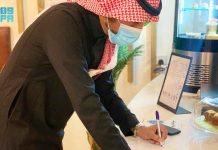 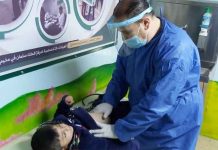 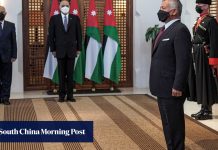