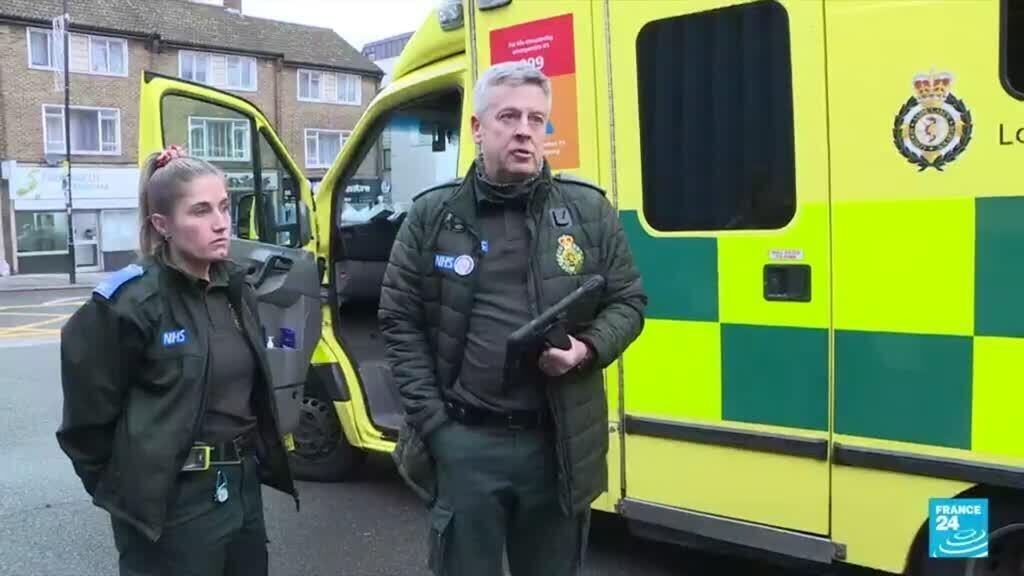 The NHS is set for its biggest ever day of industrial action next month as nurses and ambulance workers go on strike on February 6 amid a pay dispute with the government. In the first of a series of reports on the multiple crises in the UK, FRANCE 24 spoke to paramedics in London about their reasons for striking.

Steve has been driving an ambulance in London for 27 years. He said he felt there was no choice but to go on strike because of problems like staffing shortages: “I didn’t join this job to go on strike; I joined this job to care for people. But the lack of funding, the poor pay rises that we have had, have left tens of thousands of vacancies across the NHS.”

He lamented record delays for patients to get into hospitals, saying NHS workers are “getting terrible stories, dreadful stories; patients being on our trolley beds for 10-12 hours, which isn’t good enough”.

Steve’s colleague Abby joined the team at the height of the Covid pandemic and said the situation in the NHS has only deteriorated since then: “It’s hard – isn’t it? – when you know you are going to be waiting hours and hours, your patient could deteriorate and there is nothing you can do to help him,” she said.

Click on the video player above to watch FRANCE 24’s report.

See also  Merkel rejects deputy’s claim he is continuity candidate for chancellor
Share on FacebookShare on TwitterShare on LinkedInShare on Reddit
asianewsdayJanuary 23, 2023