GAZA CITY, PALESTINIAN TERRITORIES (AFP) – Posters of Egyptian President Abdel Fattah al-Sisi beam out over a site in the war-battered Gaza Strip where labourers and bulldozers are hard at work rebuilding.

After years of retreat, Egypt is making its presence felt again in the neighbouring Palestinian enclave, emerging as a key benefactor in the aftermath of the last bout of fighting between Hamas and Israel in May.

In the weeks following the deadly violence, a number of Egyptian workers crossed the border on a mission to lay down a coastal road in the Gaza’s northern city of Beit Lahya.

“The president’s instructions are to reconstruct the Gaza Strip. We are about 70 engineers, civil servants, lorry drivers, mechanics and workers,” said a worker who preferred not to give his name.

He added that he was “happy to help Palestine”.

During the 11-day conflict that erupted between Israel and armed Islamist factions in Gaza last May – the worst since 2014 – Egypt worked behind the scenes to mediate a ceasefire.

Cairo also pledged a US$500 million (S$681 million) package to reconstruct the enclave which borders Israel and Egypt.

Relations between Cairo and Hamas – an offshoot of Egypt’s veteran Islamist opposition Muslim Brotherhood group – have been sour, particularly after the 2013 military ouster of late president Mohamed Morsi, also of the Brotherhood.

“Egypt and Hamas are not friends, but they have common interests,” he explained in his office in Al-Rimal, a Gaza district that was heavily bombarded by Israel in May.

See also  While You Were Sleeping: 5 stories you might have missed, Jan 23

“Egypt wants to maintain the ceasefire by engaging in the after-war reconstruction efforts.”

Hamas is in desperate need of international aid for reconstruction, while positive relations with Egypt are an added benefit as it controls the Rafah border, often the only access point for much-needed construction material to the enclave.

Egypt, meanwhile, “understands that it doesn’t have a lot of options” in Gaza, where Hamas – nearly 15 years after seizing power from the Fatah movement and despite four wars with Israel – still holds firm, Mr Shaban said.

Over recent years, Qatar has become the prime donor of aid for the impoverished territory, but in the aftermath of the May fighting, the flow of cash came to a halt.

The energy-rich Gulf country – considered to be sympathetic to the Muslim Brotherhood and its offshoots – has dispensed tens of millions of dollars in aid to poor families in Gaza.

But a dispute arose over the distribution of salaries to Hamas officials as Israel objected to cash payments, suggesting that the Islamist movement could divert the money to its armed faction.

Israeli Foreign Minister Yair Lapid as a result urged Egypt and the United Arab Emirates – both of which have formal ties with Israel – to step in to reconstruct and develop Gaza.

Hamas estimates the damage at about US$479 million. This comes on top of US$600 million that it says is needed for rebuilding efforts after previous combat that have yet to be realised, said Mr Naji Sarhan, undersecretary of the Ministry of Public Works in Gaza.

This is excluding considerations for the development needs of Gaza, including electricity, water and infrastructure. The territory is considered one of the most impoverished in the region.

“The Qatari aid is welcome and so is that of Egypt… We are coordinating between the countries,” Mr Sarhan said.

Doha announced on Nov 17 an agreement with Cairo “to supply fuel and basic building materials for the Gaza Strip”.

Ties between Egypt and Qatar soured for several years – in large part due to the Gulf state’s close ties with the Brotherhood – before they reconciled again earlier this year.

Mr Sarhan added that the road being built by Egypt in the north will join with another funded by Qatar, creating a corridor along the coast between the north and the south of Gaza.

The road will, however, cut right through the Al-Shati refugee camp, where the buildings have been reduced to rubble.

“They told us that we must leave this place, that we will have a new home,” said resident Roya al-Hassi, 83. “I am not worried about leaving, so long as I can find a room, a bathroom and a place to make my tea.”

On the other side of the road, young businessman Maher al-Baqa looked out at the construction of his new cafe on the seafront.

The new seaside road “will attract the world”, he rejoiced. “But hey, it’s still Gaza, you’d never know when the war will restart.” 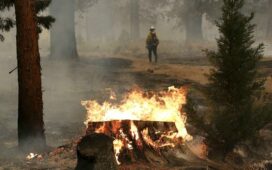 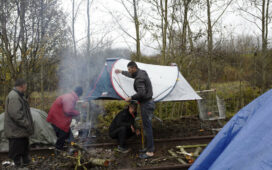 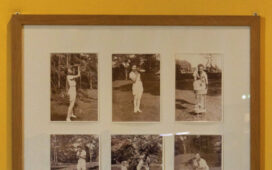 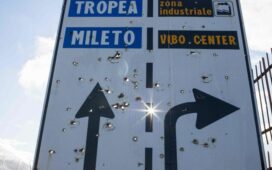 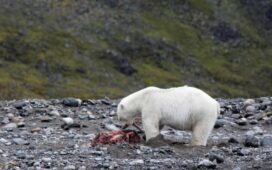 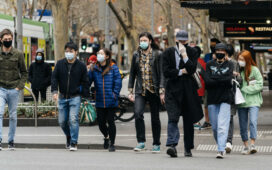 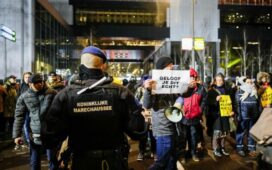 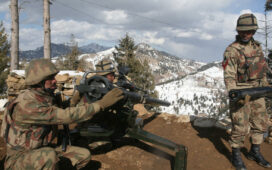