A 71-year-old building security guard was accidentally pushed and knocked unconscious in a fight between two men leaving a Lan Kwai Fong bar.

Ambulance crew who arrived at the scene around 1am Thursday sent the woman, suffering a head injury, to Queen Mary Hospital where she was resuscitated.

According to HK01, the two men began arguing in an upstairs bar in Ho Lee Commercial Building on D’Aguilar Street after one accused the other of flirting with his girlfriend.

The altercation turned violent as the two went downstairs, and in the state of chaos, one of them knocked into the security guard.

Photos showed the woman wheeled onto a stretcher by ambulance crew, her eyes closed.

Both men were also bloodied in the brawl. One of the men’s forehead had a gauze wrapped around it, and his t-shirt was darkened with bloodstains.

A police statement described one of them as South Asian, and the other as non-Chinese.

According to media, it was the security guard’s first day at work. She is said to have been subbing for the shift when she was caught up in the fight.

The bar was reportedly not open for business at the time and was hosting a gathering with friends as a private venue. (Under COVID-19 regulations, dining establishments cannot operate past 10 pm.)

READ  Hong Kong second-worst city in Asia for expats to live due to soaring costs and declining stability, survey finds 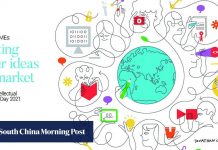 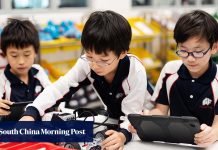 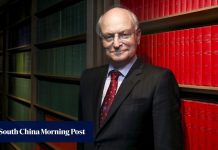 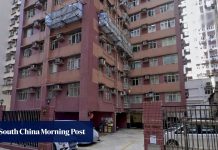 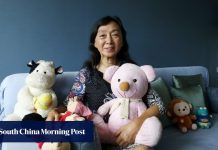 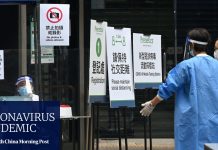 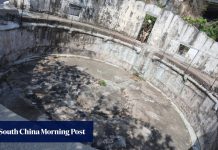 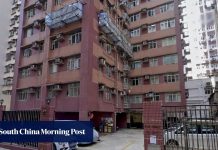 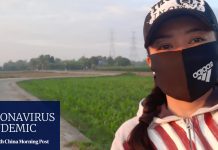 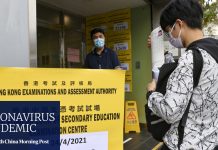 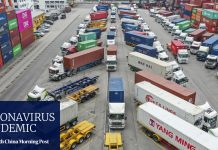 Coronavirus: Hong Kong expects most cross-border truck drivers to be fully vaccinated against Covid-19 by end of month 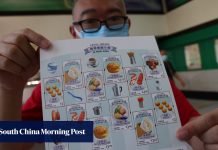