England manager Sarina Wiegman says she is not yet ready to choose a permanent Lionesses captain.

Wiegman confirmed Williamson will wear the armband again in upcoming games against Northern Ireland and Latvia.

When asked if she had made a decision on the captaincy going forward, the 51-year-old said: “I just need that time.”

Williamson wore the armband for the first time in the absence of the injured Steph Houghton, who has captained the Lionesses since 2014.

“What happened to just naming the captain,” he said on Twitter.

“Even if they injured, name them and back them. Not a fan of this auditioning for the role business. Puts pressure on the player that’s finally announced and the ones that miss out!”

Wiegman praised Williamson for how she has performed in the role so far but said there are other candidates for the captaincy.

“Leah does very well. She plays well, she is very good in the group,” said Wiegman.

“But we haven’t had Steph and the other players in our group and they have captained this team before.

“It all starts with performing and how are you in the group, what is your role in the group and see who is the best captain.

“We will take a little time and when everyone is fit, performs well and comes in the squad, I can see how everyone relates and what is best for the team.

“But for now, Leah is doing a very good job so we will will see what happens next.”

Williamson said Houghton, who remains sidelined with an ankle injury, wished her well before she first captained the Lionesses.

“Steph was in those shoes once upon a time,” she said.

“It’s gutting to not have her for the team and for herself to miss such an occasion. I’m hoping she gets fit as soon as possible so she can be back for herself and also for the team.”

The 24-year-old said it was a “huge honour” to be given the chance to lead the Lionesses out at Wembley for Saturday’s game, for which 30,000 tickets have already been issued.

“I don’t think anyone would ever get used to this. It’s a huge honour. While it falls in my lap I hope I can do well in the job.

“It’s the most sought after job in football. It’s not something I have ever chased, it’s not something that’s on the agenda, it’s just a matter of circumstance. I’m not looking past Saturday, which I will enjoy as much as I possibly can.”

See also  Will Cop26 negotiators get a last-minute deal over the line? 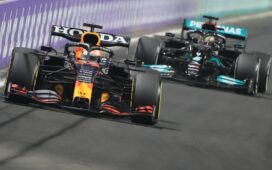